And documents show biotech companies like Monsanto hiring companies to try and get positive coverage. The difference is in the collusion. An investigation into a supposed controversy alleged by trade groups like US Right To Know and their sister sites like Sourcewatch, where they claim a journalist like Tamar Haspel asking a question of a Monsanto scientist must be a science conspiracy, and pay organic industry denier for hire Paul Thacker to write a blog post about it, led to nothing.

"We couldn't find anything special or unusual about the lists - it was mostly information that you could find in a public place with a bit of research."

FleishmanHillard Germany managing director Hanning Kempe suggested the findings actually undermine the case of the anti-science groups trying to create a conspiracy narrative "as it looks like Monsanto is not the 'evil empire' after all, and they've done nothing they shouldn't have done."

(1) Just one example, the organic industry A-Team and then less consistent advocates like Marion Nestle, Joe Mercola, and Dr. Oz. 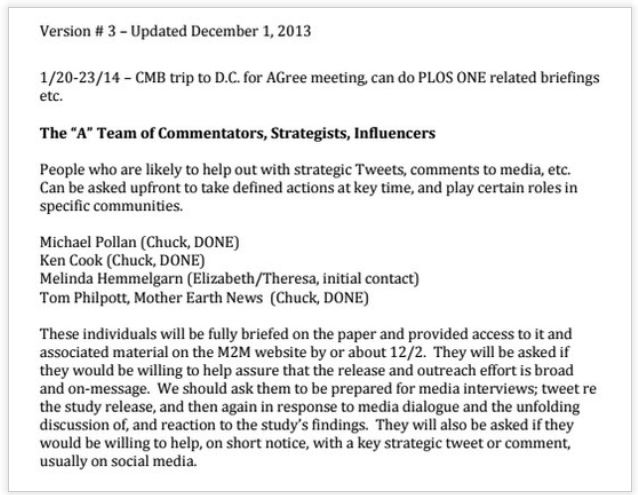 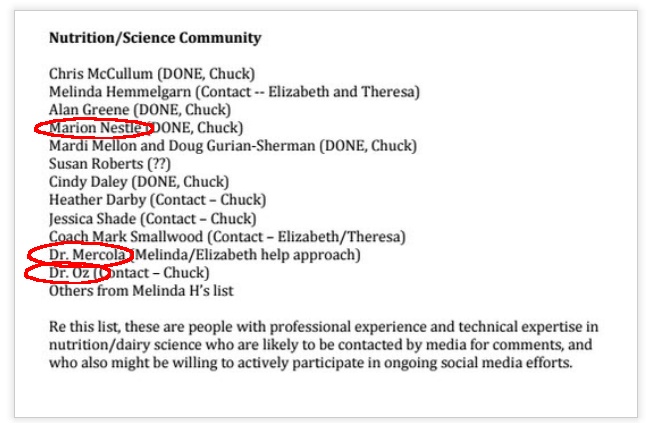