Tweet
In 2015, I had an employee write a short consumer awareness book about concussions and football and since NFL offices were a short subway ride we accepted an offer to come over and speak to their physiologists, no filters.

Concussions are complex but they were and are a high-profile issue, In 2015, Will Smith was set to play Dr. Bennet Omalu in "Concussion", a movie intended to indict the NFL about its treatment of players and head injuries, and so the NFL teamed up with the National Institutes of Health to create awareness, but that seemed to be a concession they were wrong for existing.(1)

. Because NFL was apologizing for being in business, cultural pundits turned up the pressure. Some called for youth football to be banned, some claimed it was worse for kids than smoking.

That last part was what put me over the edge. Nothing is worse than smoking and of 1,350,000 emergency-room visits for kids in sports, head injuries barely cracked double-digits. The overwhelming majority were sprains, fractures, and bruises. So to help inform the public, we tackled the NFL's data on head injuries.

Despite what some critics think, the NFL very much wants its players safe. These are billion dollar franchises with players who get hundred million dollar contracts and lucrative TV and merchandise deals. If great athletes instead move more into basketball or baseball, that is bad for the NFL. So they opened up their data to us.

Some things were surprising, like how many different helmets were in use even though in testing one was clearly "safest."  Why not just pick that one? The tests are limited, physiologists told us, and because players have so many different sizes and mobility and impact and vision issues, they need choices. It isn't as simple as just picking one helmet that averaged the best in various tests when not all players have the same risk. Some helmets are better if you are hit from the front and some from the side. It's all about relative risk. 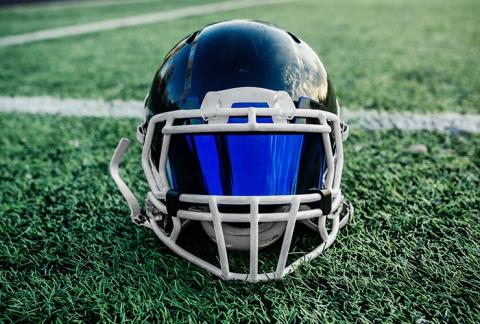 The evidence was compelling. As was the risk. At 6'2" and 215 lbs. I am the size of linebackers when I was a kid. Now there are Safety's that size. And 300 lb. defensive ends can run a 40-yard dash in 5 seconds. The force they generate is tremendous. The NFL knew all that and soon enough everyone would know it, so they funded a program with NIH out of concern but also as marketing. Yet the marketing did not work out, as companies who donate to Natural Resources Defense Council or Greenpeace learn when they believe funding groups that want them extinct will change anything. The NIH simply gave money to people who used it to dump on football.

The New York Times did what it always does as the Science Is A Corporate Conspiracy Paper Of Record and alleged the NFL was using unrestricted grants to sway research but there is no evidence of it.

I run a nonprofit and there is one thing you can be sure of; anyone who does not like your findings will insist some unknown funding source made it happen. Yet studies they choose to believe are pure, new-driven snow.

The NFL is right to stop giving money to a government agency that then hands it to scholars who are in a war of extinction on sports. And you are right to be skeptical of NIH finding when the head of the National Institute of Environmental Health Sciences headlines talks at organic food events talking about how regular pesticides are bad for you but toxic organic pesticides are healthy, all using suspect statistical correlation.

You can buy Concussions Fact v. Fiction on Amazon or download it here or read it below.

(1) In 2015 apologizing for being in business was common in every business but thanks to coronavirus at least Clorox and Purell are free from ant-science scaremongering, for now.