Tweet
Sometimes you have to take a chance; President Obama has decided to 'reassess' the Keystone XL pipeline project, which is really just a way to delay it until after the 2012 election.

Benefit: Anti-science hippies insisted against evidence this would kill the environment.  Even climate guru Dr. James Hansen shucked off any pretense of scientific objectivity and got himself arrested protesting the White House. Every study, including by the Obama administration, found no concerns but by being a moderate, he was creating jobs yet swaying no voters from the other side at all - they just protested his tax on Christmas trees instead.  The risk he was taking by allowing new oil industry development was that parts of his base would stay home next November and he might lose to a mobilized Republican.

He has nothing to lose but jobs and keeping a 'service' economy - we drove most manufacturing out of the US a long time ago - stagnant and he has an election to gain.  It sounds mercenary but politics can be mercenary and trying to salvage an election is more important than energy independence, more money for poor people who need to drive to jobs, and jobs themselves. 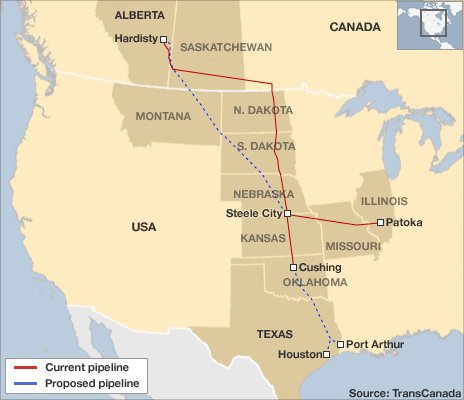