Tweet
The latest bee population numbers for 2015 came out last week and while they are a guesstimate,  they show a tiny (3%) decrease since their 20-year high from 2014.

No big deal to scientists, bee numbers fluctuate a lot from year-to-year and always have, and overwinter losses do not equal bees in decline, but activists are portraying it as an ecological catastrophe.

Genetic Literacy Project has the latest on the Colony Collapse Disorder that never was and produced a handy infographic for the evidence-based world. 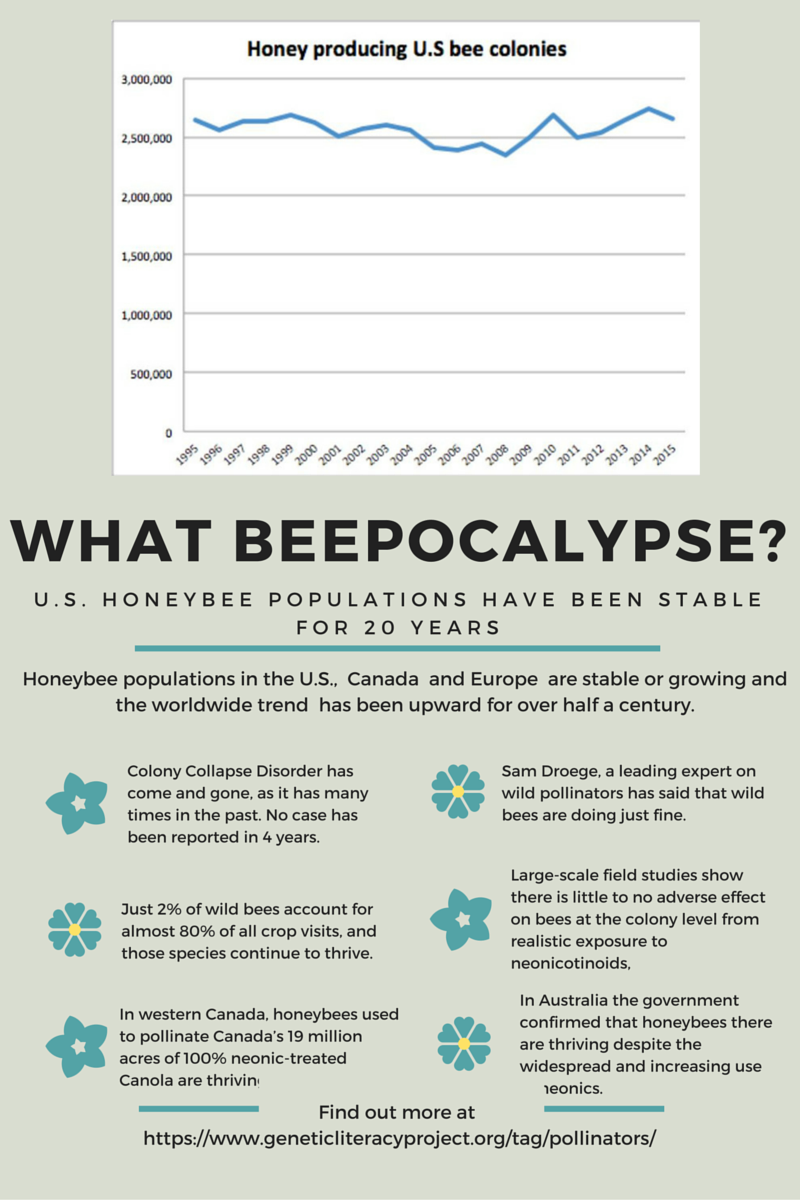