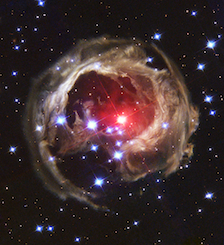 I have always approached the breast cancer as a problem of search and destroy: find each breast tumor while it is still so small that it hasn’t spread, and zap it before it does (Gordon, 2011). Cervical cancer was one of the biggest killers for women until the invention of the pap smear. With the pap smear we achieved very early detection of abnormal precancerous cells that are removed long before they can kill. When did you last hear of a woman dying of cervical cancer? 3D computed tomography imaging combined with ablation of suspicious lesions has the potential for accomplishing this for breast cancer.

Computed tomography was introduced for the brain in 1972 and the body and small animals shortly after, but for women’s breasts, 40 years later, we are still waiting. How many “Runs for the Cure” do we need before this disease is tackled head on? Why the delay? Where is breast cancer’s Dr.Papanicolaou, for whom the pap smear was named?

I worked with three sets of epidemiologists over the last two decades and predicted that, if we could detect all breast tumors before they reached 2 to 4 millimeters in diameter, and destroyed them, we would achieve better than a 99% cure rate.

In puzzling over why 3D breast cancer imaging lags decades behind I have entertained a number of hyperbolic hypotheses and conspiracy theories:

1. I’m wrong: it can’t be done at an acceptable x-ray dose. But the 40 year old computed tomography industry is stuck in a rut with old computer algorithms and hardware configurations that can’t achieve the low x-ray dose that is needed for 3D breast imaging. With new approaches, or in combination with other imaging modalities, it may be possible.

2. We’ll find too many suspicious small lesions. Maybe, but again we haven’t tried, and small tumors require small resection margins, so zapping a few benign or regressing tumors should be relatively harmless, especially with the right kind of ablation technique, and could be done in the same visit with less trouble than having a dermatologist remove a suspicious mole.

3. It can be done, but it’s too expensive compared to standard screening mammography (about $100). Probably correct, but biopsies and emotional distress have a much higher price, not to mention dying of breast cancer.

4. It would undermine the vast enterprise of standard mammography that is worth billions of dollars per year.

5. Physicians believe in standard mammography with the same kind of blind fervor they once reserved for radical mastectomy (Lerner, 2001) and routine episiotomy at all births.

6. Women need to get into breast cancer imaging research, via technical careers with lots of math, physics and engineering.

7. Women with premetastasis tumors aren’t interested in breast cancer because they are not symptomatic.

8. Women with advanced breast cancer, desperate to prolong their lives, grab most of the attention.

9. Mathematicians, physician-scientists and corporations who work on computed tomography don’t talk to each other much, let alone collaborate towards the goal of stopping breast cancer.

10. Standard mammography is pushed on women as if it solves the problem.  A lot of women don’t understand its low reliability in detecting breast cancer, its high false positive and false negative rate, and the travail it puts them through, because they are still told it is “the gold standard” and “the best test we have”. (I call it not the silver or bronze, but the lead (Pb) standard.) Standard mammography also is useless for young women, whose breasts are “dense”, but who nevertheless come to have 25% of the bigger (clinical) tumors.

12. Breast cancer research and funding is dominated by molecular biologists who are still engaged in the century old search for the drug based magic bullet. Search and destroy for small breast tumors is less elegant and goes against the grain.

13. Women are told that the problem is lack of money for research, not lack of ideas or motivation or fads in research and prevention, and thus put their pink ribbon efforts into raising more money instead of demanding better research.

I’m in no position to test these hypotheses, each of which will annoy those involved, citing exceptions, though my long experience (since 1968) makes each one statistically plausible, and me a bit paranoid. But I’m old enough to look back and young enough to look forward. The math of computed tomography was formulated in 1917. Ideas of how to do it using computers were published before 1960. The field of nuclear medicine then overcame the reluctance to spend big bucks on medical imaging (except for breast), paving the way for the $1 million CT scanner of 1972. The Nobel Prize for computed tomography was awarded in 1979. The new mathematical field of compressive sensing begun over the past few years suggests that we have good prospects for significantly increasing the ratio of image quality to x-ray dose, and thus that computed tomography is far from matured, despite its age.

It’s past time to lick breast cancer the way we have already beaten cervical cancer, and I do think it can be done now, perhaps using computed tomography, maybe combined with other imaging modalities. Is it worth the risk of a crash program? What’s a woman’s life worth?