Cancer is one of the scourges of modern society. An increasing number of people are fighting it, and a lot of research is being done in order to understand it better, hopefully leading to treatments or cures.

At present, the dominant theory is that cancer arises from a handful gene mutations. But recently, Peter Duesberg and his colleagues at UC Berkeley have launched the idea that cancer instead arises from chromosome disruptions, and that this, in fact, constitutes a form of speciation. So, according to this view, cancers are newly evolved species, as they have new chromosomal karyotypes. On top of this, cancers are autonomous and don’t need other cells for survival.

This idea has been hinted at before. As early as 1956, evolutionary biologist Julian S. Huxley has written that:

Once the neoplastic process has crossed the threshold of autonomy, the resultant tumor can be logically regarded as a new biologic species …

This view of cancer as parasite is also supported by transmissible forms of cancer, most famously probably the devil facial tumor disease (DFTD) in Tasmanian Devils (see figure 1), a form of parasitic cancer that is transmitted from one animal to another by a whole cancer cell. 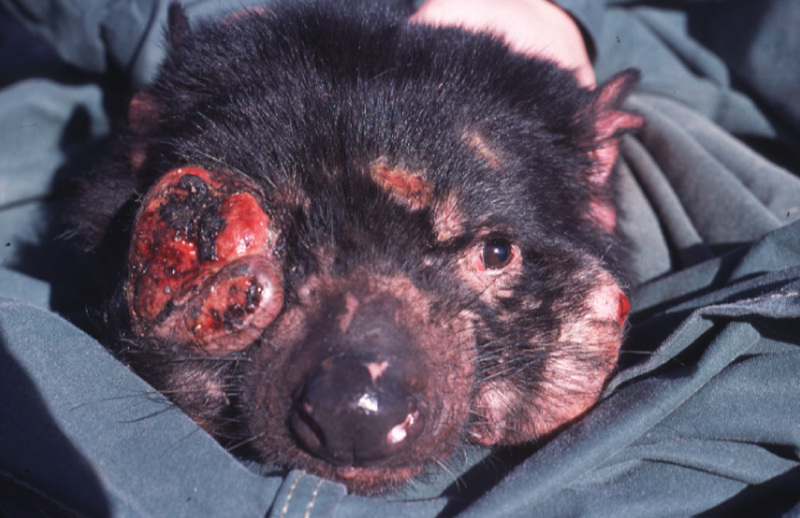 All cancer cells are known to be aneuploid (meaning they have an abnormal number of chromosomes) (see figure 2). Proponents of the ‘mutation theory’ claim this is the consequence of cancer. But Duesberg argues that it is the cause. According to his theory, some initial chromosomal disruption messes with the cell’s chromosomes. In most cases this means the end of the cell, but sometimes, on rare occasions, this cell with disrupted chromosome might be able to keep dividing. This continued division will produce many unviable cells, but some will attain reproductive autonomy, a primary characteristic of both cancer cells and biological species. As these cancer cells develop relatively stable karyotypes, clearly different from the one of their host, they could be viewed as distinct species.

Figure 2: (A) Normal human karyotype, with two copies of each chromosome (except, of course, sex chromosomes in men), (B) Karyotype of a bladder cancer cell, with extra copies, missing and 'hybrid' chromosomes.

The researchers developed karyographs (see figure 3) to display the aneuploid nature of a cell’s karyotype and its stability. These karyographs show that the karyotype is remarkably similar in all the cells of a specific cancer cell line, and different from those of other cancers, and even different from the same type of cancer in a different patient. These individualized karyotypes are quite reminiscent of the different karyotypes of different species. 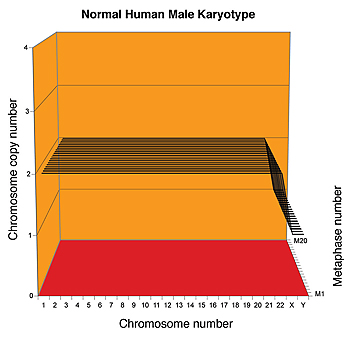 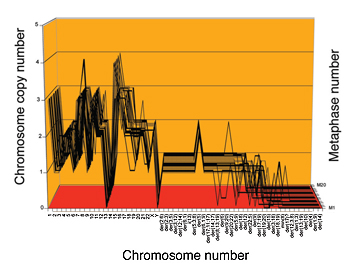 This ‘speciation theory’ of cancer might sound odd at first, but it does explain some common characteristics of cancer:


It also offers an explanation for the ‘aneuploidy paradox’ of cancer in other theories. Aneuploidy usually results in an impairment of growth and development, but not so in cancer cells. If the aneuploidy of cancer, on the other hand, represents the karyotype of a new species, the paradox disappears.

If cancer cells are truly new species, we might have a fighting chance, since we are quite good at wiping out other species…