An innovative gene therapy technique, known as genome editing, ‘searches’ a specific mutated gene and fixes it. Now, for the first time, it has been shown to work in living animals. In the study, the researchers used two versions of a genetically engineered virus (AAV, or adeno-associated virus). One of these versions carried the enzyme that cut the DNA in the right spot, and the other one transported the gene meant to replace the mutated one.

All this was done in liver cells of living mice that suffered from the blood-clotting disorder hemophilia, which is caused by a single-gene mutation and comes in two forms: hemophilia A and hemophilia B, caused by, respectively a lack of clotting factor VIII and IX. In this study, the mice suffered from the B variant.

The enzyme used was a zinc finger nuclease (or ZFN) (see figure 1), an enzyme that can be custom-made to match a specific gene location. In this case, ZFNs were tailored to match the factor 9 (F9) gene, which plays a part in the disorder. Along with this enzyme, a DNA sequence was used that restored normal gene function. A great advantage of ZFNs is that they can specifically target a certain site along a chromosome, in contrast to conventional gene therapy, where the replacement gene is delivered in a more random manner. 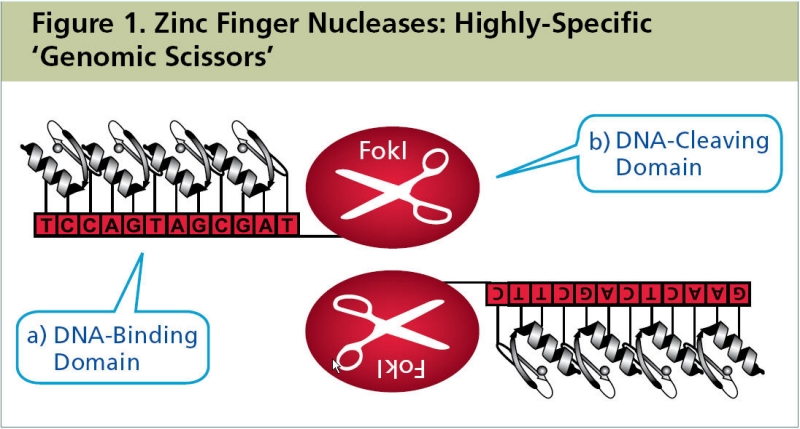 Figure 1: Illustration of ZFNs, with DNA-binding domain (a) and DNA-cleaving domain (b)

Here, the mice had no detectable initial levels of clotting factor IX, but after they were injected with the ZFN/gene sequence combination, they went on to produce enough clotting factor to reduce blood clotting times to normal levels. The mice were followed over a period of eight months, in which the improvement persisted and no negative effects on growth, weight gain or liver function were observed.

This study shows that in vivo genome editing can be done. This looks promising for treating single-gene diseases in humans, but translating this finding into safe and effective treatments for human beings will take time and additional research. Nevertheless, genome editing seems to represent a new and powerful tool in gene therapy.