Antibiotic resistance is a huge problem. More and more resistant strains of microbes are appearing. Needless to state that this has a huge human and economic cost. Combining this with the increasing globalization, the threat of a global outbreak of an infection caused by a multidrug-resistant bacterium looms over our heads as Damocles’ sword. This perhaps sounds too ominous, but it speaks for itself that research into the development of antibiotic resistance could prove very useful.

To explore this problem, a group of scientists gathered in Cold Spring Harbor, NY at the Banbury Conference Centre to address the issues involved and identify key steps in dealing with this threat. Seven actions that urgently need to be undertaken were identified:

Total commitment at all levels of the population is the only solution.

Local governments must be encouraged and supported to invest in better sanitation infrastructure and tighter prescription regulations to control the rapid evolution of resistance. This is a worldwide, multinational problem and must be treated as such.

Public–private partnerships taking new antibiotic development forward should be encouraged, particularly for treatment of infections in economically disadvantaged parts of the world.

Start-up companies could use this opportunity to generate effec­tive new antibiotic combinations.

Such advances may well lead to the use of bacteria and their products as specific therapeutics.

The cost of the undertaking that we propose will be infinitesimally small in com­parison to the economic and human cost of doing nothing. The late Joshua Lederberg observed: “barring geno-suicide, human domination is challenged only by pathogenic microbes, for which we are the prey, they are the predators. In natural evolutionary competition there is no guarantee that we will find ourselves the survivors.” The Banbury participants believe that if the appropriate actions are taken on a worldwide scale, the odds can be changed. 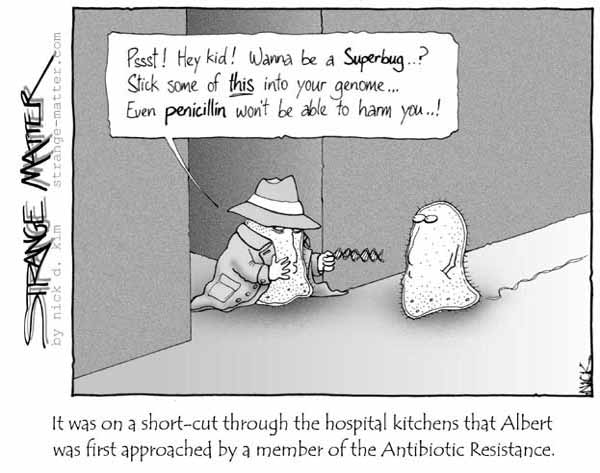