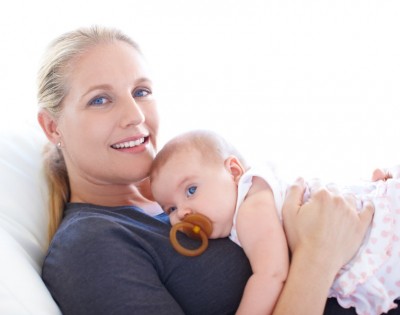 I read a sad story in the news recently. A Baltimore mother died a week after giving birth to two twin sons, leaving her husband to raise the two boys on his own.

As tragic as the news was, the reason that it made national headlines was that the mother was 56 years old. Initial reports indicate that her death was the result of a bowel obstruction, not because of the pregnancy, but a lot of the coverage of this story has focused on one question: how old is too old to give birth?

20 years ago, this would not have even been a question at all, because the usual maximum age when childbirth was possible was in a woman’s early 40s. However, major advances in fertility treatments have made it possible for women to bear children at much older ages. As a
result, women are now able to become mothers at ages that previous generations could not have even imagined.

According to New York magazine, birth rates have risen by 17% among women in their late
forties. And it is not uncommon to hear about women having babies in their 50s thanks to the use of donor eggs, IVF, egg freezing, and other treatments.

So is there a maximum “safe” age to give birth? The short answer is no, but risks do increase with age. After 40 women are at increased risk for high blood pressure, gestational diabetes, and preeclampsia, all of which can be dangerous for the mother and the baby. On the other side of the coin, the common concerns associated with advanced maternal age, such as chromosomal issues, are mainly related to older eggs - and the reality is that this isn’t a concern for most women who become pregnant in their 50s and 60s because they are using the eggs of younger women.

As advances in reproductive endocrinology continue to accelerate, issues such as this will become more prevalent. It is important for the medical community to have the appropriate conversations about all of the medical, ethical, and social issues around this topic so that
doctors can help their patients make the best and most informed possible decisions.

David Adamson, MD, is a Clinical Professor, ACF, at Stanford University School of Medicine, a World Health Organization fertility expert, and a practicing...