Alex "Sandy" Antunes
Scientists are often portrayed as serious yet quirky, but many hide a prankish interior.  Here's a butcher's dozen of famous pranks by -- or at-- scientists.

The best lecture never heard.
Mathematician G.H. Hardy was invited to give a keynote speech, and told the organizers he would present a proof of the famously unproven Riemann zeta hypothesis, but that they should keep that secret.  Upon arrival, his actual lecture was on a much more conventional topic.  The organizers asked him why he didn't present his revolutionary proof.  His reply?  He always says that's his topic, so that if he dies on the way to the conference, everyone will think he really solved it.  One historian notes "it was part of his tactics against God-- in that he thought God would not allow him to die on the sea trip, because then everyone would think that Hardy had solved this great theorum.  Hardy [an athiest] had other anti-God tactics."

If you ask a question, ask a question.
Not a prank, but a serious yet humorous statement by Paul Dirac, noted physicist.  "During a lecture, Professor Dirac made a mistake in an equation he writing on the blackboard.  A courageous student raises his finger and says timidly: "Professor Dirac, I do not understand equation 2."  Dirac continues writing without any reaction.  The student supposes Dirac has not heard him and raises his finger again, and says, louder this time: "Professor Dirac, I do not understand equation 2."  No reaction.  Somebody on the first row decides to intervene and says: "Professor Dirac, that man is asking a question." "Oh," Dirac replies, "I thought he was making a statement.""

The Fake Fossil, or how being pranked can boost sales:
Given Dr. Johann Beringer (in 1726) believed fossils were fabrications by God, two colleagues decided to prank him by placing fake fossils of birds, beetles, moons and stars, along with tablets inscribed with the Hebrew and Arabic words for God.  Beringer wrote "Lithographia Wirceburgensis" about his results, but then unfortunately found there was another buried table that contained his name.  Although he realized the prank, it was too late to recall his book... which (because of the hoax) became a bestseller.

Sex is always controversial
Faced with the 1750 'spermist' theory that said sperm were little people (or homunculi) that, 'when placed inside a women, grew into children', Sir John Hill (writing as Abraham Johnson) published "Lucina Sine Concubita", stating the presence of microscopic "floating animalcula" in the air could render any woman pregnant without intercourse.  Using a "wonderful cylindrical, catoptrical, rotundo-concavo-convey machine", he saw they were shaped like miniature men and women.  He suggested this would help in "restoring the honor of women who could not otherwise explain their pregnancies" and closed by asking for a royal edict banning copulation for one year, to test this theory.  Some think he was also getting revenge against the British Royal Society for being snubbed.

Unsolvable problem solved as homework.
Again not quite a prank, but nearly so.  George Dantzig (1939, not to be confused with Glenn Danzig, late 80s) was a graduate student at UC Berkeley.  Late to class, he did not realize the two problems on the board were famously unsolved statistics problems and not homework.  Stating they "seemed to be a little harder than usual", he apologized for being a few days overdue when he handed them in, completed.  And yes, this true story ended up being the basis for the movie "Good Will Hunting".

Benjamin Franklin, Electrician and Liar?
The famous "fly a key on a kite in a lightning storm to prove electricity" tale of Benjamin Franklin?  It's thought that Franklin himself made up the idea-- as a joke.  His earlier electricity research being ignored by the British Royal Society (yes, them again), he suggested this deadly experiment as a subtle joke.  However, people took it seriously, and Franklin played along by claiming he really did it.  Take that, British Royal Society!

Sokal loves footnotes.
Many have heard the tale of how, in 1996, physicist Alan Sokal published a fake sociology paper to show they'd publish anything. "Transgressing the Boundaries: Toward a Transformative Hermeneutics of Quantum Gravity", consisting of more footnotes than actual text, was accepted by the journal "Social Text", after which Sokal revealed his article as parody (in the academic trade journal "Lingua Franca"), stating "Any competent physicist or mathematician (or undergraduate physics or math major) would realize that it is a spoof." Sokal asserted.

Death (and Erdos) packs them in.
Less a prank than a statement, famed mathematician Paul Erdos observed that his audiences at talks were getting larger and larger.  His conclusion?  "I think it must be that everyone wants to be able to say 'I remember Erdos; why, I even attended his last lecture!'"

The numbers don't matter.
George Gamov was a famous physicist, credited with helping develop both the Big Bang theory and the structure of DNA.  "Gamow was fantastic in his ideas. He was right, he was wrong. More often wrong than right. Always interesting; ... and when his idea was not wrong it was not only right, it was new." [Edward Teller].  He was also a prankster.  Some of his pranks did not sneak past editors-- his article "On the determination of the velocity of an object moving in a fluid on the basis of a single photograph" consisting of a series of equations and analysis accompanied by a picture of him in a swimsuit at a lake, for example, did not see publication.  Gamow once published a paper with an intentionally huge mathematically error just so he could submit a letter-- in the same issue-- stating that he had been wrong with his suggested constant, by a factor of 10^100 or so, but that "the conclusion of the paper is unchanged."

Adding a co-author just to make a pun.
Gamow's most famous prank did get published, and in fact became a major paper in cosmology.  George Gamow worked on a paper with his student, Ralph Alpher. Just as a prank, he inserted physicist Hans Bethe's name, without informing him. Seems "Alpher, Bethe, Gamow" just had a more humorous ring to it, being a play on the first three greek letters of the alphabet. Would that getting a co-authorship without contributing were always so easy.  Notes Gamow, "There was, however, a rumor that later, when the alpha, beta, gamma theory went temporarily on the rocks, Dr. Bethe seriously considered changing his name to Zacharias."  Gamow tried to get Robert Herman to change his name to 'Delter' for that paper too, with no success. 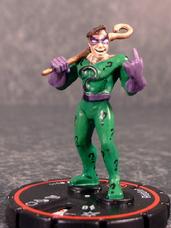