Alex "Sandy" Antunes
The prospective launch of the ambitious and successful Copenhagen Suborbitals rocket received a lot of press. The subsequent launch-abort and delay to spring may not seem an upbeat thing.  In a broad sense, though, it is.

"MAIN LOX VALVE FAILURE
Due to the first time maritime operation at sea, the heating system of the LOX-valve was without power for longer than expected. Due to this, the LOX-valve might have been jammed by exposure to LOX-cooling. However, the rocket has not yet been examined, so additional reasons may be revealed later, if we find anothe reason to the LOX-valve failure..
LAUNCH ABORTED AND POSTPONED TO JUNE 2011"

No, it's not a good thing that they had rocket trouble.  I wish them and all rockets a happy, error-free mission.  But the good thing is it shows THEY ARE SMART. 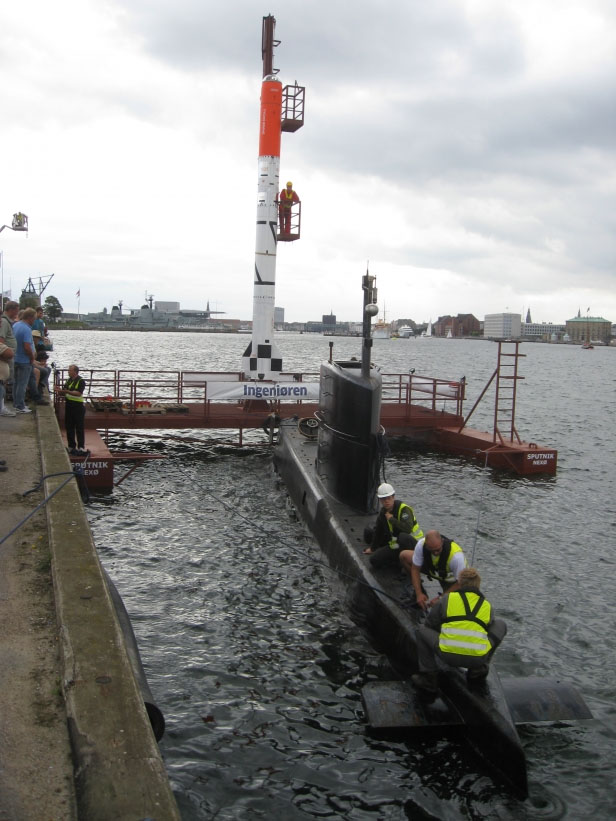 There was a problem with the rocket.  They noticed it.  They have a plan to fix it.  They rescheduled the next launch attempt.  They are moving forward.  They may be towing a homebuilt rocket to a homebuilt sea platform using a homebuilt submarine, but they aren't crazy.

Rocket creators Peter Madsen and Kristian von Bengtson of the nonprofit Copenhagen Suborbitals did not sound discouraged. "We aim to launch ourselves into space," von Bengtson told SPACE.com. "The entire R&D and production of it is just as exciting as the launch attempt itself."

It's hard to tout 'failed' as a success story, but that is part and parcel of rocket science.  Basically, everything doesn't work, until suddenly you get it all working.  Then it becomes routine (and everyone gets bored and the media stops covering it).

That's how science works, too.  Lots of setbacks and lots of learning from mistakes, followed by the big headline of 'surprise discovery' that rocks our world.

The Copenhagen team's work rocks our world already, even without launching yet. A group of talented and motivated amateurs are fighting to get to space on their own, with a mere $71K in donations, and slowly winning.  Setbacks be damned, it's a fine story.

And now a bit of a soapbox rant.  Failure is the greatest luxury private spaceflight has.  NASA is not allowed failure.  In terms of long-term planning within 1-year Congressional funding cycles, NASA is like a chef in a restaurant from hell:

The next time you hear of a launch problem with any of the startup companies, don't think 'problem', think of it as yet another challenge that will be surmounted.

That's what rocket scientists do.

p.s. and as a throwaway tidbit, thanks to Ben Reytblat, in response to my earlier Interorbital pictures article, for a pointer to the Space Busine$$ Blog about the power of video.
The Daytime Astronomer
More Articles All Articles
About