Irva Hertz-Picciotto
Evidence that environmental factors can contribute to autism has been around for several decades. The first clue comes from studies of monozygotic (‘identical’) twins, who share 100% of their inherited genes, but do not show complete concordance, i.e., one twin can have autism and the other not, or the two can be extremely different in terms of the severity of their symptoms. These discordant twin-pairs demonstrate that genes alone cannot tell the whole story: environment must explain part of the causal process in the neuropathology of these disorders.

Secondly, several specific environmental exposures have been found to confer a greatly increased risk for autism. An epidemic of rubella in the late 1960s revealed that congenital exposure was associated with dramatically elevated incidence rates, as high as 1 in 25 exposed children, far higher than prevailing rates in the population during that same time period. Further research in humans and in experimental animals has supported a possible role for maternal viral infections. These microbes may act on the developing central nervous system or they may produce an inflammatory reaction in the mother, which in some way affects the fetal brain. Other examples include valproic acid and thalidomide, which, when used medically during pregnancy, induce autistic behaviors in the offspring. Overall, the fact that both viral and pharmacologic agents are capable of giving rise to the same syndrome of behaviors known as autism or autism spectrum disorder indicates that the potential causes and their pathways are likely to be quite diverse. More recent studies now suggest a potential contribution from pesticide exposures to autism or related disorders, but are not consistent with regard to which chemical classes are of concern. 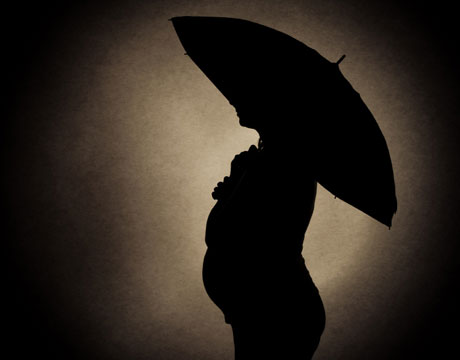 Thus, environmental factors should be broadly understood to encompass all that is not inherited, and spans the chemical, microbiological, physical and social world in which we live, work, eat, play, and reproduce. Besides reports on specific exposures, as described above, medical research also implicates sub-optimal condition of the neonate to be a risk factor for autism. Several studies observed associations with low APGAR scores, while others found breech presentation or fetal distress to have occurred more commonly in children who later developed autism. Thus, a variety of prenatal stressors are considered suspects either as contributing to increased risk or serving as markers for upstream factors. For example, parents of children with autism are, on average, older than parents of those who develop typically, and age can be a marker for a wide range of changes: poorer quality gametes, lower fertility and hence greater use of assisted reproductive technology, higher incidence of chronic or auto-immune conditions, more interventions and diagnostic procedures during the pregnancy and at delivery such as ultrasounds and C-sections, and the bodily accumulation of chemical exposures or the damage they produce. Moreover, even where chromosomal rearrangements, mutations, and copy number variants are identified in the genome of persons with autism or autism spectrum disorder, these alterations can be de novo events (not inherited from their parents) and hence may be caused by environmental insults that occur periconceptionally, prenatally or during infancy.

Much attention has focused on vaccines as potential causes of autism. Several different hypotheses have been proposed. No rigorous study has demonstrated a link either with the MMR vaccine or with vaccines containing the preservative thimerosal. Nevertheless, the studies of thimerosal have been noted to have methodologic problems that would have reduced the ability of these studies to validly test the theory, underscoring the need for stronger science on this question.

A number of lifestyle and nutritional factors have been hypothesized to influence risk for autism, including smoking, sunlight or vitamin D, folic acid, zinc, and fatty acids. Mitochondrial dysfunction, inadequate methylation, oxidative stress, and hypothyroidism can all be influenced by genetics, diet and other environmental exposures. For example, endocrine-disrupting chemicals can affect thyroid homeostasis, which is critical to development in utero; folate contributes methyl groups needed for appropriate regulation of DNA and is especially critical in embryonic and early fetal life; diets high in anti-oxidant vitamins promote the ability to handle damaging reactive oxygen species; and certain pesticides were found in animal studies to affect cell mitochondrial function. However, direct links to autism have not been established for any of these exposures, and research into these processes and the environmental factors that may interfere with them is still in its infancy.

The complexity of autism etiology is currently well-accepted. The earlier identified environmental factors (congenital rubella and thalidomide) cannot account for more than a few isolated cases of autism today. With regard to genetic research, the last decade has produced a phenomenal amount of information and has uncovered linkages with regions on virtually every chromosome, indicating that multiple genes contribute to autism risk. Furthermore, common gene variants are involved, which implies that each locus confers a small increment in susceptibility. Though at present less well-funded than the discipline of genetics, over time it is likely that the field of environmental health research will similarly identify a multitude of exposures, each accounting for a relatively small percentage of cases in those with an underlying predisposition. Thus, the expectation that a single or a few causes will explain most autism cases is misplaced and simplistic. Furthermore, both genetic vulnerability and environmental triggers could well be involved in a majority of cases. Multifactorial etiology means that the causes of autism are numerous, and this is true not only across the population, but also for each individual. As with so many other chronic conditions, autism cases can be expected to have both genetic and environmental underlying causes that, in combination, overwhelm the young person’s capacity for resilience.


Wednesday: “Leaving the Ivory Tower of Asperger Syndrome”
If you're interested in reading additional articles on autism, ScientificBlogging's Autism Awareness page provides a listing of all the articles on our site that touch on the subject.