Richard Mankiewicz
Scientists in Russia have been studying how to buy the best possible gift. This coincides with an exhibition of the worst presents received by residents in Yekaterinburg last week.

High on the list of worst presents ever must be the following: "[an] unusual present was the money that belonged to a woman from Yekaterinburg. The woman’s husband was laid off on the eve of her birthday, and she gave him some money so he could get her a birthday present. On her birthday, the woman received a card with her own money enclosed." We don't need much science to calculate the poor woman's reaction.

Other really lame gifts are towels, socks and underwear, as well boring practical things like office stationery and one-trick gadgets. Also, don't ever give someone a kitchen knife!

So what's left to impress your loved one or friend? The scientists claim that the best approach is to appeal to the subconscious mind, and that means something big and flashy. The fad for buying small exquisite gifts gets thrown out of the window - be big and brash. Even if the gift actually is something small and valuable, make a song and dance about it; smother it in lots of colourful tissue paper, place in a much larger box and wrap it in beautiful paper. Instant joy!

This is, of course, a trick beloved of consumer product manufacturers (why are cereal boxes always half empty?) Putting a small object in a large box sounds like one huge con, but it works - at least in Russia! - the key is that it should look special. That extra personal touch will elevate a mundane gift into something to be treasured.

To prove their point, the scientists held a competition to find the most unusual and inspiring gifts. The ten winners will get free tickets to a psychology course designed to teach them how to buy and wrap the perfect gift. We'd all love to go on one of those, right! 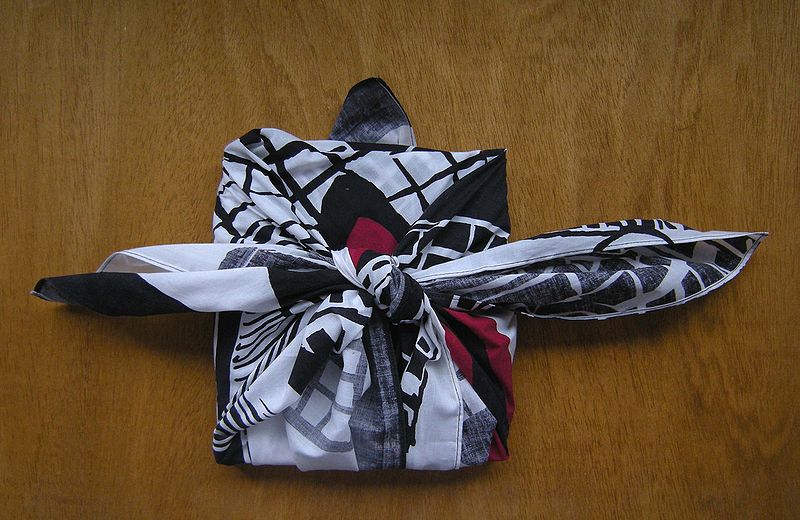 Now, this might look like a gift wrapped in a handkerchief but it is an example of the Japanese art of Furoshiki, which means wrapping a gift in a handkerchief. (photo courtesy of Friedensreich Hundertwasse)

In the name of self-selecting biassed research, any stories of best and worst gifts are welcomed.