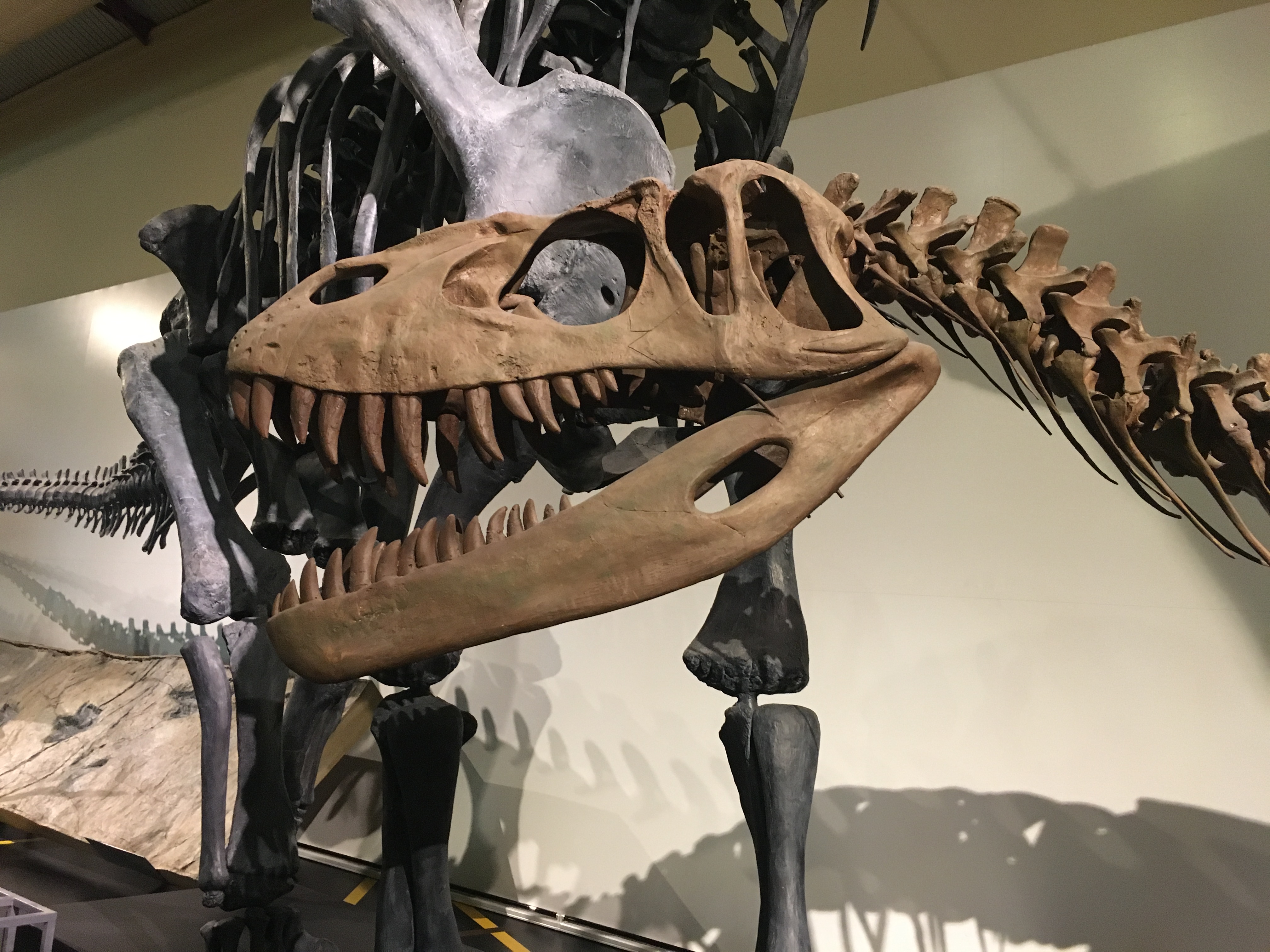 This specimen of the theropod dinosaur Torvosaurus tanneri is on display in Madrid, Spain. The genus Torvosaurus includes a unique species of megalosaurid theropod dinosaur. They are found in the Morrison Formation, western United States but spread widely with specimens of the same species being unearthed in Europe in the Lourinha Formation near Lisbon, Portugal.

Torvosaurus were one of the largest and most robust carnivores of the Jurassic. These "savage lizards" were true to their name. Skilled hunters, who could grow from 9 to ll meters long, weigh over 2 tons, were bipedal with powerful dentition and strong claws on their forelegs, they ruled the Upper Jurassic. While currently speculative, there seems to be a high likelihood that these bad boys hunted and dined upon the large sauropods who lumbered in the same geographic regions during the Jurassic.
Fossil Huntress
More Articles All Articles
About