If you’ve drunk the MBA kool-aid, you believe VCs and M&A bean-counters rationally price their investments. If an honest professor has confessed to you that company valuation is a black art, i.e., that there’s a heavy dose of intuition involved, you’ve been ahead of the game. The Twitter cockup now shows valuation to be a total dice-roll.

There are, in any case, fewer reasons to buy a company. In the knowledge age and the digital era, there are few hard assets (capital equipment or real estate) to acquire. Then what? The engineers? The brand? The eyeballs?

The knowledge workers are the company’s most valuable asset. Why not just hire them away? Then you don’t have to buy the company. Is the brand an asset? Much less than in earlier times*: Brands used to signal trust in product quality, but society’s trust in institutions has been in marked decline. The eyeballs, maybe. There are alternate social media platforms out there, but the users’ “switching costs” are high, in terms of bringing all their contacts along to a new platform. And as always, eyeballs translate to ad revenue.

Wait, not always! Musk wants to turn Twitter’s model from ads to subscription-base. He’s fired engineers so indiscriminately that he can’t even get back into his own building! Permitting hate speech once again damages the Twitter brand. Three strikes! And he’s out! To the tune of billions of $.

Gossip has it that Musk’s true goal is to turn Twitter into a right-wing propaganda machine. Probably bad timing, as after the U.S. midterm elections even Fox “News” is close to giving up the ghost. Donald Trump, yesterday’s rightist hero now allowed back on Twitter, won’t be much of an attraction.

When a company is acquired for political rather than economic reasons, and when the buyer has money to burn, valuation flies out the window. 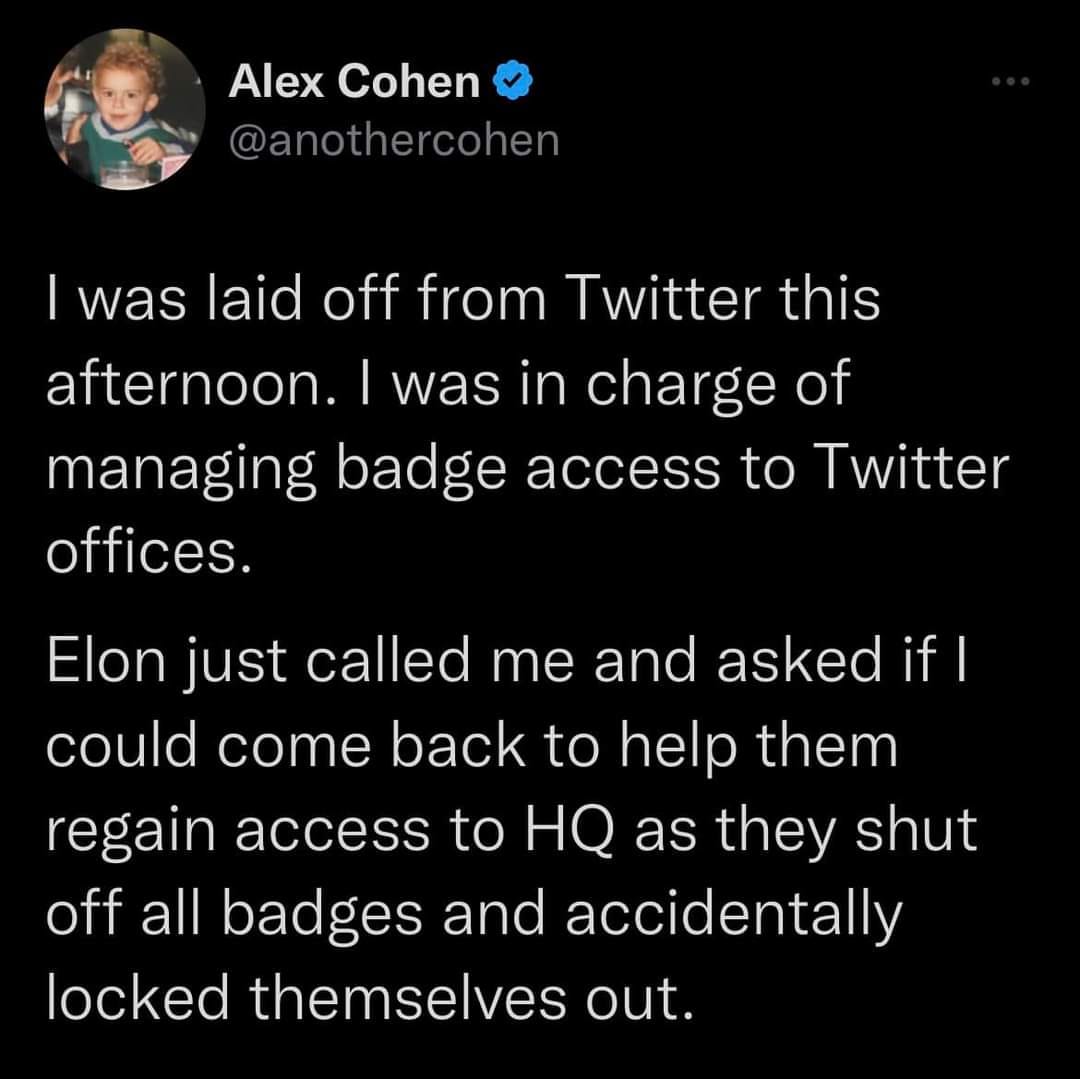