This article is about physics but it fits under random thoughts also. My writing here on Scientific Blogging is self-educational, about what I am wondering and learning about. Today, it's multiverse theory.

On Digital Journal I reported on the article featured on the January 2010 issue of Scientific American Magazine, "Looking for Life in the Multiverse," by Alejandro Jenkins, postdoctoral associate in theoretical high-energy physics at The Florida State University, and his colleague Gilad Perez, a theorist at the Weizmann Institute of Science in Israel, that juxtaposes the anthropic principle and multiverse theory. Among other things, the authors have concluded that the multiverse theory renders the anthopic principle obsolete. 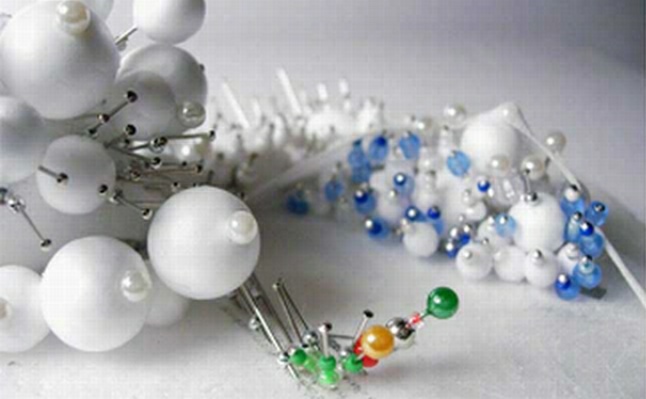 When I searched for an image to go with this post I was most intrigued by artist Jardin Celeste's conception of the multiverse.

Jenkins and Periz found, mathematically and hypothetically at least, that other sorts and conditions of life could exist in other universes, separate from our own, where the laws of nature and physics are not limited by any necessity to generate universal conditions favorable to anthropic, or human-friendly, life (as "we" understand – or can understand – it).

While I was wondering over this team's research, I remembered an article by cosmologist and physicist Max Tegmark, "Parallel Universes," published in the May 2003 issue of Scientific American that had grabbed my attention. I am happy to note that Max Tegmark summarizes the concepts and terminology of his "crazy universe" on his own website.

I did a search on Max Tegmark for Scientific Blogging results to follow up and found several. A search of this website on multiverse brought many results. So maybe I should continue my reading and report back later.

Though I do not qualify as an expert in any field of science or technology, I hope my writings here on Scientific Blogging will educate, by linking up expert resources and
references in one post, as well as entertain by posing questions.
More Articles All Articles
About