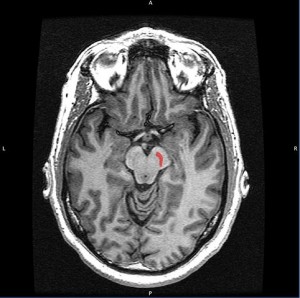 For the last 25 years, using fetal tissue for scientific research has largely fallen out of favor in both the European and U.S. scientific communities. One of the most publicized uses of the controversial technique was a series of trials that transferred dopamine-producing neural tissue from aborted fetuses into the affected brain regions of Parkinson’s disease patients.

The results were a mixed bag, and the procedure was largely abandoned. But, a new look at the 70 plus patients who participated in the trials, better transplant techniques and a hope that the procedures would work better with stem cells, when they become available, has spurred a European initiative to begin transplants again.

The TRANSEURO program is currently recruiting 150 patients to research centers throughout Europe. But, the program will do something different than the trials in the 1990s. It will be much more selective about which patients can receive the transplants.

In Parkinson’s disease, patients lose the cells that produce the neurotransmitter dopamine in their brain. This affects their ability to move and eventually their cognitive abilities. Fetal cell transplants take these dopamine-producing cells from aborted neural tissue and, through a small hole in the skull, introduce them into the affected brain regions of Parkinson’s patients. Transplanted cells integrate themselves into the recipient’s neural networks and take over dopamine-producing function from their rapidly degrading counterparts.

The 1990s trials showed that younger patients with less severe symptoms who received the most dopamine-producing cells did best with the transplants. To that end, the new trials are focusing on patients an average of 55 years old who have not developed side effects of traditional Parkinson’s medication. The trials will also use more fetal cells, according to Nature:

In addition, post-mortem analysis of patients’ brains showed that those who benefited most had at least 100,000 dopamine-producing cells of fetal origin integrated into their brains. Cells from at least three fetuses are needed to achieve these numbers, the neuroscientists concluded.

The hope, according to Shirley Wang at the Wall Street Journal, is that perfecting this technique will allow a smooth transition from fetal tissue to stem cells when they become a viable alternative:

Scientists hope that as cell-therapy science continues to advance, the treatment will shift to using stem cells rather than fetal tissue. Stem cells provide a renewable source of cells and are more versatile, able to differentiate into any type of cell. Some types can exist in adults, but they need to be coaxed or programmed into nerve cells that produce dopamine.

But scientists caution that there’s no way to know when those stem cells will be ready because of their fragility and the difficulty in programming them to become the target dopamine-producing neurons. In the meantime, it’s important to continue with the fetal transplants that might allow patients longevity and improved quality of life. Because the fetal cells are already on the established path to becoming dopamine-producing cells, the body knows how to complete the process, stem-cell biologist and clinical trial member Malin Parmar told Nature. This is not the case will stem cells. However, Harvard stem cell researcher Ole Isacson noted that healthy fetal cells are not easy to get, either.

Another note of caution is the relative small number of patients who benefited from the treatments, a seeming handful in each of the clinical trials. These patients did remain medication and symptom free for more than a decade, but symptoms did eventually return. However, they all died from causes not related to the disease.

Discussion of the trial revival skirts the most controversial aspect of the transplants, use of aborted fetal tissue. Some opponents argue that this incentivizes women to chose abortion. That seems to be less of an issue in many of the European countries housing the new trial where access to abortion services is less controversial. But if these transplants are successful, many patients may need to soul search as they balance their future quality of life against moral reservations.

Meredith Knight is editor of the human genetics section for Genetic Literacy Project and a freelance science and health writer in Austin, Texas. Follow her @meremereknight.