Gerhard Adam
A recent article entitled "Monsanto v Monarch Butterflies" begins by examining the argument that GMO foods are impacting the population of Monarch butterflies.  There are enough references and quotes that indicate that this assertion isn't particularly viable and that it isn't likely that Bt toxin plays any role in the issues facing Monarchs.

So far so good.

Then the article continues, by considering a recent study which indicates the loss of milkweed as being a major factor in the declining Monarch butterfly population.  In this paper, the point is raised that the increased use of herbicide resistant plants has enabled farmers to be more aggressive in killing milkweed, and thereby creating the problem.

...the killing of the monarch’s principal larval food plant, the common milkweed Asclepias syriaca L. (Asclepiadaceae), because of increased use of glyphosate herbicide to kill weeds growing in genetically engineered, herbicide-resistant crops...
www.researchgate.net/publication/227683771_Decline_of_monarch_butterflies_overwintering_in_Mexico_is_the_migratory_phenomenon_at_risk/file/79e41508820d30ca9b.pdf

"GMOs come into the picture because the article cites a 2010 paper which found that milkweed populations on farms declined dramatically between 1999 and 2009, at the same time that Roundup Ready crops were becoming widespread in the Midwest. Roundup Ready crops are engineered to be herbicide-resistant so that farmers can apply weed killers without damaging their crops. The 2010 paper reasons that the widespread adoption of herbicide-resistant crops likely led to increased use of weed killer, and that milkweed populations may have suffered as a result."
http://www.sciencedirect.com/science/article/pii/S0261219410002152

At this point the article takes a bizarre turn.  Instead of making a scientific argument, it shifts into a defensive position by claiming:

"The argument seems logical, but it’s not iron-clad proof—correlation does not prove causation, and there don’t appear to be any controlled experiments that compare milkweed growth rates near Roundup Ready crops versus non-GM crops."
http://www.geneticliteracyproject.org/2013/03/25/monsanto-v-monarch-butterflies/

What makes this argument interesting is that this is precisely what GMO food advocacy counts on: substantial equivalence.  In other words, the entire basis of claiming equivalency in GMO foods is absolutely dependent on requiring that the new food "correlates" to the old and therefore we can assume the same result [i.e. causation].

But then, the article goes one step farther, and plays right into the accusations of all the anti-GMO folks.  It throws the farmers under the bus.

Bottom line: It’s the farmers that are responsible, not the technology they’re using. Milkweed is after all a weed, and since weeds decrease yield, farmers always have and always will fight them.

So, in the end, this article didn't refute the issue of population decline in Monarch butterflies.  It may have made the argument that Bt toxins aren't responsible, but when it came time to examine all the ramifications, we got the typical political response.  "It's not our fault, if people [in this case farmers] don't use it properly".

In those three paragraphs, the case was made as to why bioengineering should not be trusted.  Take note that this doesn't suggest that GMO foods are unsafe or even dangerous.  It simply indicates that there is a clear bias in favor of the technology with little thought to its consequences. 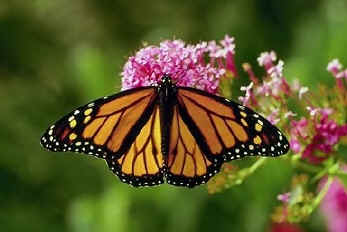 It’s unfortunate, but there really isn’t much room for biodiversity in conventional farming, especially for plants without a clear economic value like milkweed.
http://www.geneticliteracyproject.org/2013/03/25/monsanto-v-monarch-butterflies/

So, you decide.
Gerhard Adam
More Articles All Articles
About