Johannes Koelman
An article in this week's edition of Nature adds to the mysteries surrounding 'dark matter'. Should we abandon this enigmatic concept of invisible matter that exerts gravitational attraction but is otherwise undetectable? Could it be that we simply do not understand the long-range behavior of gravity? 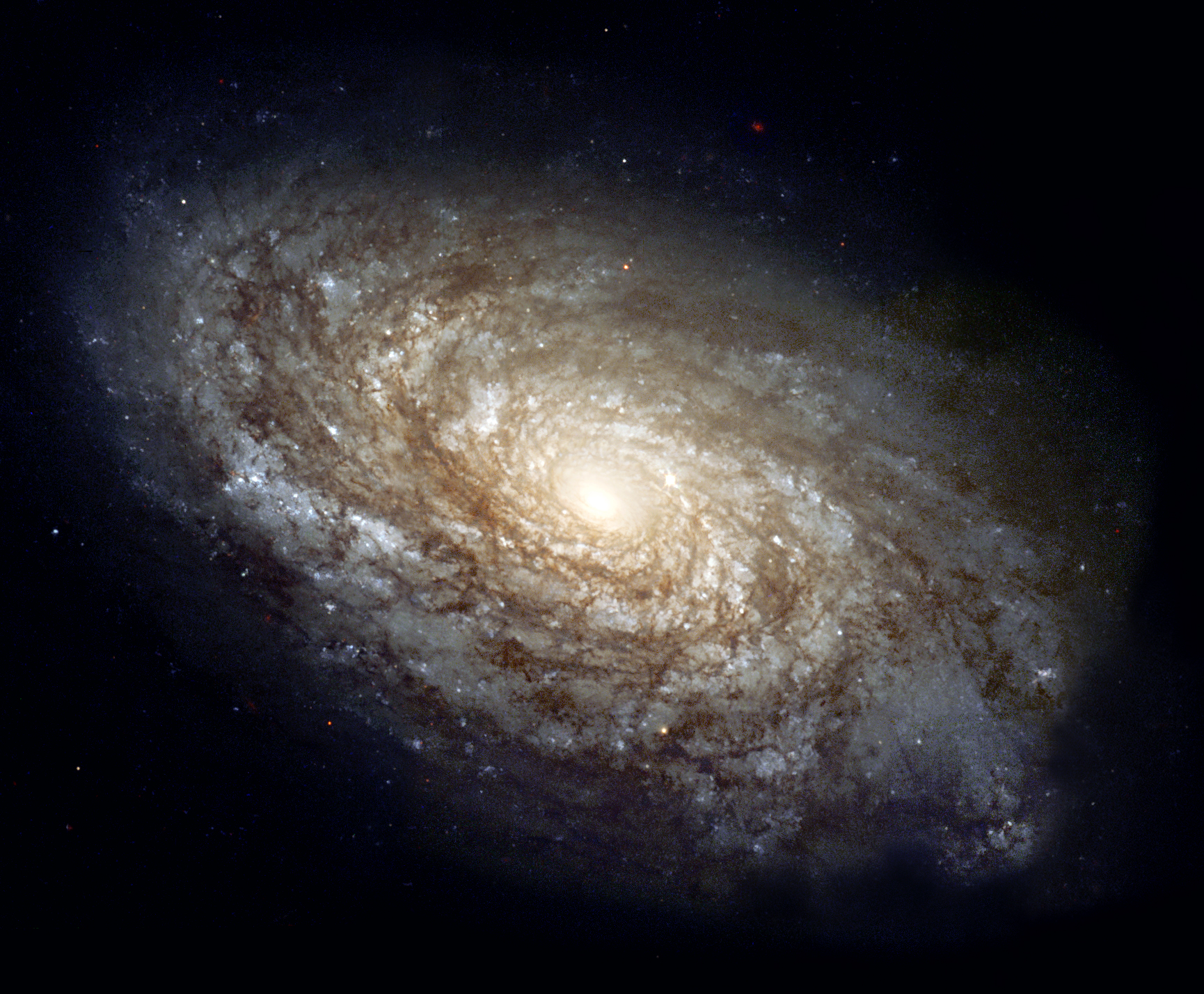 Galaxies rotate. Each of them would fly apart and create a cosmic mess, were it not for the gravitational forces that bind together the many billions of stars and large quantities of dust and gas that constitute a typical galaxy like our Milky Way.

By applying Newton's law of gravity to the observed mass distribution of the galaxies, we can predict the rotation curve for each galaxy. If we do this, and compare the derived rotation curves to the observed rotational velocities, it becomes apparent that galaxies rotate much faster than predicted based on the gravitational attraction from the visible mass. This means that the matter within a galaxy is bonded together much stronger than expected. These deviations are very significant. Detailed comparisons between observed and calculated rotation rates reveal that the bonding of matter in galaxies is about six times stronger than expected. This means that either Newton's law of gravity fails dramatically at galactic distances, or that large quantities of some invisible ('dark') matter are present.

The physics community has predominantly opted for the latter conjecture. An easy way out that leaves Newton's venerable theories intact. This, however, might start to change.

Displaying the mismatch
For a given galaxy, the mismatch between expected and observed rotational velocities is usually represented by plotting both velocities as function of the distance to the center of the galaxy. This results in displays that typically look like: 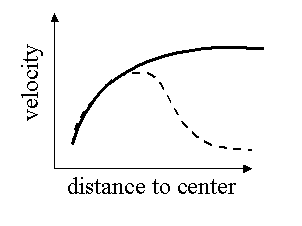 Prominently apparent in these plots is that outside the core of the galaxy the rotational velocities typically flatten off, whilst theory based on the observed galaxy mass predicts the velocities to drop with distance. The velocity flattening as function of radial distance is observed for virtually every galaxy investigated, yet the value of the constant velocity is different for different galaxies. 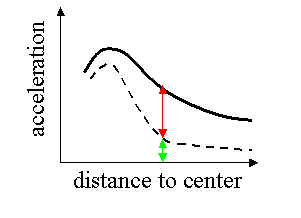 Quite remarkably, whilst the different galaxies have widely different sizes and different masses, each of them plot such that the maximum deviation between theory and observation corresponds to an acceleration of 3 10-9 cm/s2, with the corresponding acceleration predicted based on visible matter being 0.6 10-9 cm/s2. Whilst the universality in the mismatch was known, the new publication in Nature adds universality in the theoretically derived acceleration to the picture. This added aspect of universality between the effects of dark and visible matter could mean that facts start to close in on dark matter theories. Whilst by no means impossible, it simply seems less plausible that for each and every galaxy dark matter always collects around visible matter in a fixed (approximately 5:1) ratio. On the other hand, modifications to Newton's theory of gravity can very well be taylored so as to result in the observed universal gravity-scaling behavior.

Will dark matter soon be classified as a misconception? A gravitational aether that for decades has led scientists astray? It is all written in the stars.
The hammock physicist
More Articles All Articles
About