Johannes Koelman
If on occasions you dream about owning the world's largest particle smasher, I have good news for you. The Superconducting Super Collider is for sale "at a significant discount". However, to stand a chance in beating the LHC in the race for the Higgs, you better act quickly. And uhh... did I tell you the sale is a 'BYOB' (bring your own beam) deal?

It is almost 20 years since Congress decided to send 450 tons of metal in low earth orbit rather than completing the ultimate particle smasher and entering the hunt for the Higgs. After sinking two billion dollars of tax money into 14 miles of tunnel and a complex of buildings in Waxahachie, south of Dallas, the whole project came to an abrupt halt. Equipment got sold, and the land and buildings underwent the same fate in 2006. 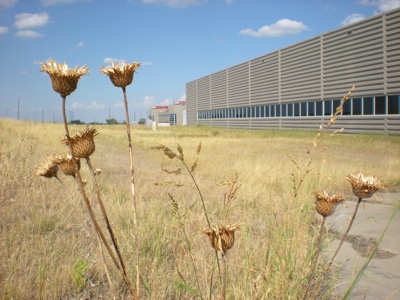 The owner, who bought the unfinished Superconducting Super Collider facility for $6.5 million (yes, that's a whopping 99.7% discount on the cost price), has now hired New York-based commercial real estate firm Newmark Knight Frank to sell the scientific ruins. They hope "the namesake of the facility" and its "human interest aspects" will pull in prospective buyers. 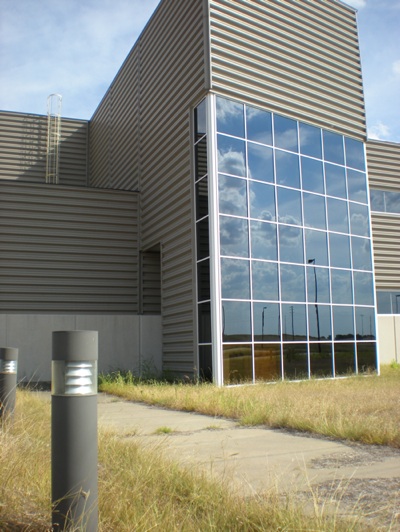 Since the early 90's, "SSC" and "Waxahachie" are indeed words that, when spoken in the presence of physicists, continue to trigger lively discussions. Words that launch sweet-bitter thoughts of 'what could have been'. A few months ago, when driving along the I-45 from Dallas to Houston, I spotted an exit sign marked "Waxahachie". I couldn't resist the urge. With the help of a quick internet search and my GPS car navigation, it took me about half an hour to get to the location. The photos in this blog post give an impression of the SSC I found upon my arrival. 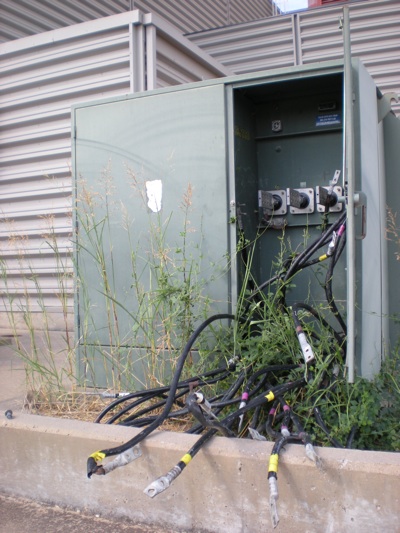 When done talking pictures and walking back to my car, two police cars with flashing light bars awaited me. It was at that time that I became aware I found myself on private property. A friendly talk with the officers convinced them I was not after copper cable, but a genuine physics nerd in search for the remains of the 'desertron'. 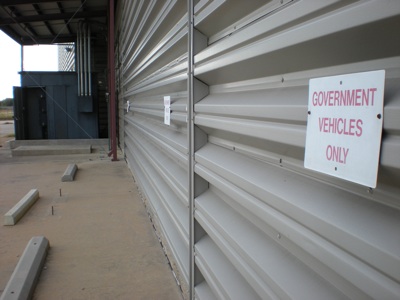 Days later, I discovered that I was certainly not the first physicist infected by nostalgia visiting the place (see here and here). Over the last 18 years, the Waxahachie police force must have been quite busy protecting the SSC remains against hordes of physics tourists.

It would be great if the place could be sold and turned into something useful. Perhaps it can function as a suitable location for the next 2012 Armageddon movie. Internet rumors have it that the SSC ruins served as film set for the 1999 movie 'Universal Soldier, The Return' starring 'Muscles from Brussels'. And indeed, below still from the movie suggests this could very well be true. 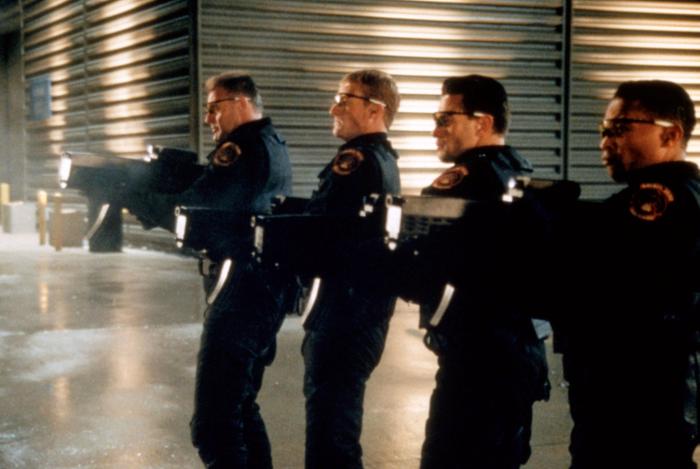 Will a buyer be found who is happy to hand over several millions in return for the remains of the SSC? Don't put your hopes too high. After all, it is not the first time the place is put up for sale. If I had the money, I certainly would not buy the SSC. The way US science funding is heading, I'd rather wait for the JWST to hit the market. No doubt soon for sale "at a significant discount".
The hammock physicist
More Articles All Articles
About