How so? Chris Goodall, author of How To Live a Low-Carbon Life

explains. “Driving a typical UK car for three miles adds about 0.9 KG of CO2 to the atmosphere. If you walked instead, it would use about 180 calories. You'd need about 100 grams of beef to replace those calories, resulting in 3.6 KG of emissions, or 4 times as much as driving.”

Livestock causing greenhouse gases is not a new concept. David Pimentel, Professor Emeritus at Cornell and key scientific authority for vegetarians everywhere, has suggested that it takes seven times as much grain to feed all meat animals in the US as it does to directly feed the human population. 'Suggested' is the operative word. He never says that is fact but advocates citing him do. Let's lay out the reason this comes up and then do some math.

Can he be the global warming culprit?

by Jeremy Rifkin, though some of the numbers were suspect then as well. It rears its head from time-to-time and always gets attention.

Says Professor Pimentel in this interview:

In the US for example, we feed 240-million metric tonnes of grain to our livestock each year, and that’s enough grain to feed approximately 800-million as vegetarians and that’s about three times our population. I’m not making any moral judgements, I’m just giving you data.

So why weren't we in global warming hell a long time before now? I couldn't open the paper this month without reading about the heat wave in Nevada yet the NOAA says temperatures in Las Vegas were highest in the 1940s, not today.

It wasn't as much of a problem before because when the U.S. population was 25% of what it is today, much of the beef was grass fed, not grain. Grass grows naturally while an expanding population that also wants the kinds of nutrition only found in meat demand more beef and that requires optimizing ways of raising food in a finite amount of available land. It takes fossil fuels to run the machines that create the grain that allow us to feed a lot more people.

How was that piece of data important enough to spend two paragraphs? Because it shows the flaws in the study. They take a snapshot of driving a car today yet then compare it to the entire process of raising beef including the greenhouse gases emitted from transport for the food. Adding in the methane from the animals plus the ( somewhat exaggerated ) resource requirement for growing the grain and you have a real environmental disaster occurring because people ride bicycles and exercise rather than driving two blocks to the store.

Cars are not magically materialized, they require mining of raw materials, factories, human labor, highways, filling stations, oil wells, oil refineries - none of that is factored in to the latest data, mostly because it increases the shock value.

So if you put the results in a bubble you can claim the beef to feed a family of four people requires more than 260 gallons of gasoline, whose burning releases 2.5 tons of additional CO2 into the atmosphere - as much CO2 as the average car emits in six months. That's using Rifkin's 'gallon of gas per pound of beef' math - where did he get it? I have no idea. It's completely wrong but people continue to use it because they want to be convincing, not correct.

So dividing 976 by 28,715 and you're already at .03 gallons of gasoline per pound of beef - which means their numbers are off by a factor of 30 before we even get going - unless you take a snapshot of driving and then guess about the system energy cost of the beef. In other words, you might as well just make things up.

Switching to an all-grain diet is also not the answer, no matter what people selling an ideology may want to tell you.

The answer is to engineer cows that don't fart. We can't do anything about the way we raise grain or cattle. Switching to all grass-fed cattle means a lot less cattle and that creates a society where the rich eat meat and the poor do not - not a solution most environmentalists have in mind, I hope.

We can, however, start to genetically engineer cows that emit less methane. Is that going to outrage activists in the genetically modified foods community? Yes, but there are a lot fewer of them and if they have to choose among wrecking the planet, starving poor people or engineering cows to fart less I assume they would want cleaner cows. 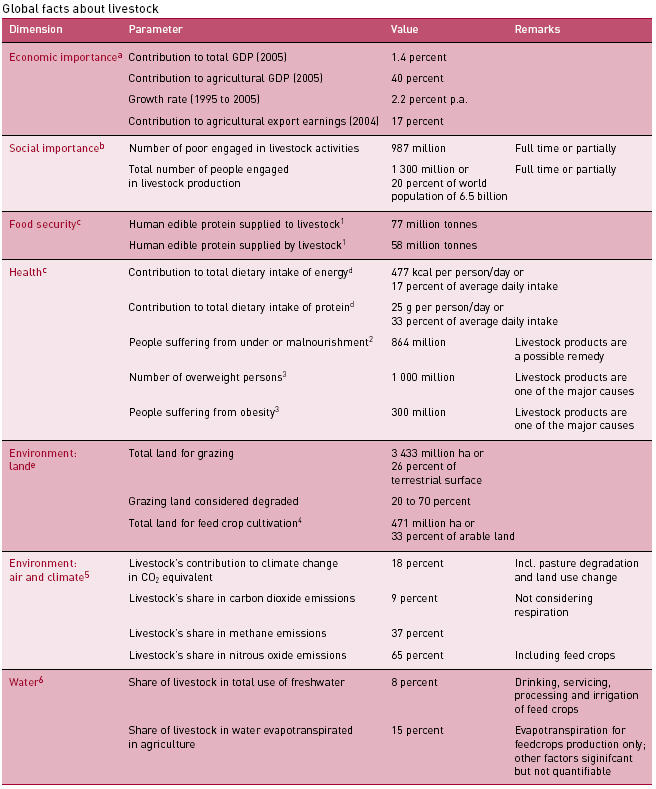