Hank Campbell
For most of this century, anyone in London has been photographed and filmed an average of 300 times each day. Their reasoning to start such intrusive scrutiny was that England, Wales, and Scotland led the developed world in crime, and a tourist attraction like London needed extra monitoring.

A new article takes the decrease in privacy to task for a few reasons. One is because private companies make the equipment. As if private companies will be less ethical or accountable than the government. While it is true they can avoid accountability, a higher standard is in place for security equipment the same way trial lawyers can't casually sue drug companies over a vaccine as they can any other medicine, that is because products would never get made if all it takes is a smooth lawyer convincing a jury the company can't prove they didn't cause something to get a huge monetary award. Instead, lawyers have to prove a product did have a defect.

The other argument is that private companies might become de facto policy makers. If so, they are late to the party in that space. Regulatory bodies staffed by political appointees have circumvented legislators since the Chevron deference ruling of 1984 said they could. 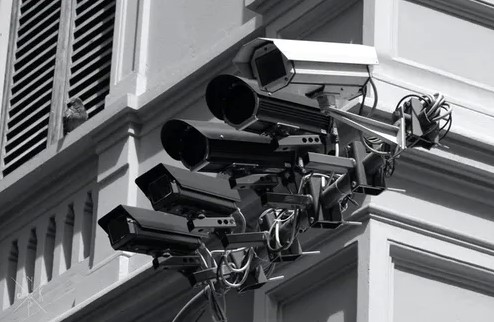 The California Air Resources Board, for example, adopted a pollution standard so minute you need an electron microscope to detect the particles. Rather than using PM10, particulate matter 10 microns in size, a known hazard. they "defined deviancy down" in pollution to 2.5 microns, which has never killed anyone.

No elected official or the public they represent had a say in tightening restrictions and boosting costs of living for poor people. And their efforts helped no one because the biggest air pollution sources in California are wildfires. All this unscientific policy-making did was give weather people on TV a way to put red on "air quality" maps for 200 days a year and drive up the costs for cars and electricity. All of this is policy without elected officials is decided by a lawyer, a political appointee, the same lawyer who helped drive Uber out of relevance in the state. She advocated for the government mandates and subsidies for solar and wind that penalize poor people who don't own homes with solar panels and that have performed so poorly California asked for an exemption from emissions regulations because "green" energy is failing to keep lights on.

The problem is not companies, it is the government creating regulations and picking winners and losers among politically allied companies.

The third major concern in the paper is that technology might be a crutch for social institutions. That is also unconvincing. The murder of George Floyd was exposed because of technology. The "social institution" of policing created qualified immunity from prosecution, and Floyd's death could have been investigated and dismissed. Companies did not create that, politicians did. Companies instead created the technology that helps put a halt to bad actors in jobs that require public trust.
Science 2.0
More Articles All Articles
About