Other more dangerous claims are that it will help with schizophrenia and epilepsy. The reality is that if the ketogenic diet could do any of those things, meal plans would be in double-blind clinical trials right now. Those diseases are a trillion dollar market.

Instead, they are in a hand-picked pilot study of 18 people who tried a modified Atkins diet (ketogenic) for a month and said they had fewer migraines with a three-day longer period between attacks. While that's bigger than Andrew Wakefield's vaccines cause autism group (n=12), and David Perlmutter's Grain Brain claim that removing gluten can prevent half of Alzheimer's cases(!) (n=13), it's nowhere near meaningful.

I am not comparing this paper to those two, it is just context to show that small studies can lead to wildly inaccurate claims when they are extrapolated out to large groups. There are too many confounders in a paper like this to list but chief among them is that claims of migraines make it the largest disease in the world. And that is because the term is used colloquially making it a non-specific condition.

For those people who casually call any headache a migraine, it may work - because they don't have migraines any more than a decade ago some people believed they had celiac disease just because they lost weight giving up bread. 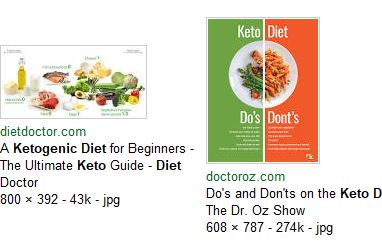 Just because people with names like the Diet Doctor and Dr. Oz promise it will change your life in 21 days does not mean it will cure your medical condition.

People who actually have migraine headaches are annoyed by people who get a regular headache and exaggerate it, the same way casual claims about being celiac annoyed those who were actually poisoned by gluten. The guideline is 'if you think you have a migraine, you don't have a migraine.' You'll know it for sure if you do. The pathophysiology of migraines is unknown and medication may only work half of the time, so claims about eliminating a food group to cure them are going to be suspect but it's worth investigating in a 'try everything' way.

Yet there is a reason medicine has to be better than placebos to get FDA approval and that is because the placebo effect is real. If you are in a percentage of people who eat fewer carbohydrates and get fewer headaches, continue to do so - but that is not medicine.

Bold claims being made that it might be are not warranted by data. Trigeminal pain-related evoked potentials (PREP) and the nociceptive blink reflex (nBR) are common in these kinds of studies but these kinds of pain studies are also commonly small pilot programs where they are only measured once or maybe twice. nBR  is about 70 percent reliable, which is fine for exploratory tests, but people don't know that, all they see are the conclusions of studies as written by Reuters or elsewhere.

That they found a positive result with PREP recordings but not with the nBR analysis would be a caution to most but instead of falling on Occam's razor the authors conclude that they are sure the diet helps but aren't sure if it is doing something they can't prove in the brain stem or cerebral cortex, so it must be the cerbral cortex.

Come on, I'm on your side here, I defend medicine every single week even though I am terrified of medicine. I get white coat hypertension even writing out the word doctor. I want lifestyle changes to be able to solve medical problems. but the conclusion is a logical fallacy come to life. 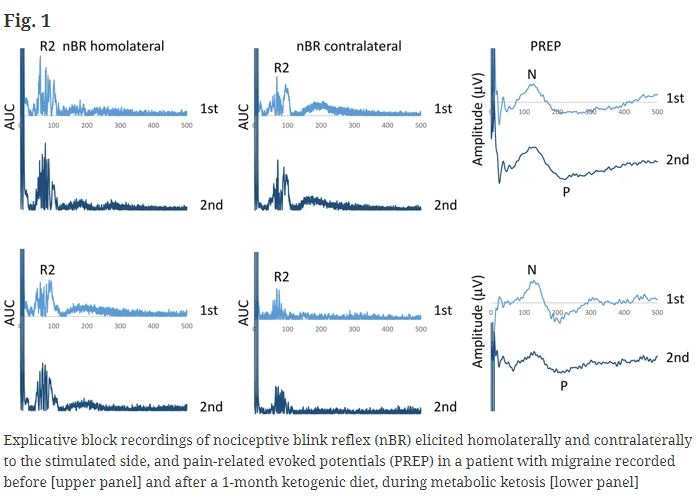 First and corresponding author Cherubino Di Lorenzo, M.D., Ph.D., of Fondazione Don Carlo Gnocchi Onlus(1) writes about diets a lot, and it certainly has a market. "Food is medicine" philosophy has led to a rash of companies hoping to capitalize on the fad. It also draws in gullible journalists at New Scientist. But if you have migraines don't count on giving up sugar. If rubbing your temples, going for a walk, mindfulness, organic food, or this diet cure your migraines, you simply don't get migraines.

America is the most over-medicated country in the world. We also have the highest adult science literacy and lead the world in science output and in Nobel prizes, which accounts for our trust in medicine. But it has also led to medicalizing things that have no clinical relevance (like an arbitrarily low blood sugar level to create something called pre-diabetes), and because standards for supplement and food claims are so loose there is room for people believing those can be a cure...because they may not have a disease.

Given the cost of health care, I am all for non-medical interventions so try eating more steak and if it helps you, great. But we don't have proof that the keto diet helps with migraines. Instead, a small group of people self-reported reported fewer migraines during a short period and the rationalization is that the ketogenic diet is doing something special in the cerebral cortex. That is statistical wobble leading to wishful thinking, it is not a migraine treatment.

(1) A rehabilitation center named after the priest Don Carlo Gnocchi, known as the "father of mutilates" due to his work rehabilitating kids with injuries from World War II. He was also arrested by the German SS because he helped get Jews to safety and when he died in 1956 he had instructions that his corneas be donated to two blind children, which went a long way toward legitimizing transplants in Italy.
Science 2.0
More Articles All Articles
About