An astronomy site worries it's been delayed since 2014.

It's worse than that. It started getting delayed in 2002.

It was in 2002 that the NASA that routinely over-promises and under-delivers when it comes to big programs (cute robots on Mars they do just fine) first said that 11 years - three years longer than it took for the Apollo Program to put man on the moon from scratch - would not be enough time to put a telescope outside our atmosphere. It's now 14 years behind schedule and $8 billion over budget. Dozens of smaller projects that engineers and scientists at NASA wanted to do have been denied because of the Webb telescope cost overruns (the article in the link was written in 2010) and Congress, for once, will not continue to throw good money after bad.

There is a reason the U.S Government Accountability Office (G.A.O.) has had NASA on its High Risk list since 1990. They make bold promises - there was only a 50 percent joint confidence level the JWST was ever going to work right the first time, and 1996 NASA assured politicians that it could be fixed if it did not work, when really the Clinton administration was creating something too big to fail long before investment banks thought of it. Just after canceling science programs with the Reagan name on them.

Worse, it can't be fixed if it doesn't work out of the box. It's farther from us than the moon - and the moon program that President Bush created was canned by President Obama so he could have his name on a program instead sending us to Mars. NASA is happy to have something like a Mars launch due way out in 2040, it is someone else's problem then, but that means right now there is no way to send a human into space to fix JWST once it is up there.

Hubble needed to be fixed right away, and JWST is even more complex. 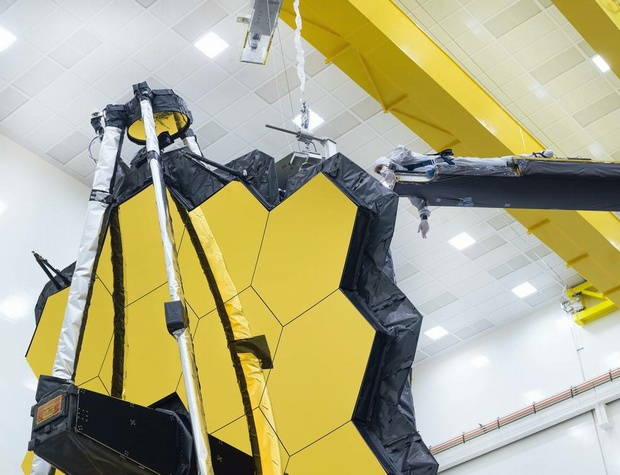 NASA says this latest delay is not their fault, they blame it on Europe. The Ariane 5 is the culprit, they claim. They worry the ESA rocket is going to fail to launch...in October. The two launches scheduled before October are still scheduled, ESA has not said anything is delayed on their end. They will just delay it if NASA wants.

Here's the issue if you care about NASA and Big Science in the future; Ariane 5 is actually the most reliable part of this whole process. If this fails because NASA has included everything in the development of this except the best engineers, the era of big telescopes is over for the foreseeable future.

I want it to work. If claiming the rocket is the worry is just a headfake to buy time, I get it. But after 14-16 years of delays, it has to be right. To the public it is esoteric that all this money will allow scientists to 'see' light from 300 million years after the Big Bang rather than 800 million and in a broader frequency than Hubble can. It's scientifically interesting but to the casual person somewhat irrelevant.

Visions of Buck Rogers bring in the bucks, not yet another press release about 'implications for life on other planets.' NASA is doing itself a disservice by talking about making sure there is no risk and checking off boxes for cultural goals in hiring and doing everything but having some confidence in our engineering to get people up there. It isn't the money that is the problem, NASA's whole budget is the same as 3 new Navy destroyers (don't get me started on those - but they work), it is lack of confidence that NASA has any confidence in itself.

A James Webb Space Telescope is great, if it ever works, but what NASA really needs in 2021 is a modern James Webb.
Science 2.0
More Articles All Articles
About