RIP Murray Gell-Mann, A Great Physicist Who Taught Science Journalists How To Do Better
By Hank Campbell | May 30th 2019 08:41 AM | Print | E-mail

Hank Campbell
RIP to Professor Murray Gell-Mann, who passed away last week and was famed (including a Nobel prize) for quark theory.

I never met him, but if you spent time at Caltech you probably did. He was not like Einstein, I am told, he was approachable if you were a young scientist, but you had to know what you were talking about.

A few years ago I taught a class there, invited by my friend the best-selling author and science journalist Greg Critser, who was an instructor for science journalism at the school. He had previously agreed to be on an AAAS panel I was moderating in San Francisco and I was returning the favor for him by being a guest speaker for his class at Caltech.

As you can imagine, it's Caltech so there were no journalism students, it was all graduate students in science who knew the landscape was changing for scientists - it was already the case that those who get media coverage get more citations. They were going to have to help themselves get the word out about their research accurately.

Greg and I did not agree on a lot when it came to politics but we agreed on science. He was a skeptic. He had wanted a column here because he thought he might do a book on mice in research and he would try out articles to gauge audience response. The audience here, over a million this month, was a good barometer for interest. So good he ended up not writing "Mouse Farm" as he intended but writing a book based on an article he wrote that was about using mice for longevity studies. People loved aging research but the whole industry selling stuff for it was all based on mice - it had no human relevance but media gushed over claims. While we ate lunch that visit he peppered me with questions about what I was reading right now, and specifically who. He fully expected people to know the names of the people whose work they were enjoying and if you were not a reader he had little use for you.

Asking demanding questions of journalists, he said, made them better journalists. One of his earliest assignments had been to interview Murray Gell-Mann at Caltech, who in 1964 had proposed rules based on symmetries in  fundamental forces of nature which classified hadrons into eight groups. For that all to work required fundamental particles, which he called quarks - a term he said was based on “Three quarks for Muster Mark!” from 1939's "Finnegan's Wake" by James Joyce - and it got him a Nobel prize in physics.

Gell-Mann already had the Nobel prize by the time Greg was assigned to interview him but the young journalist still showed up with an attitude he was not the first among journalists to have when it comes to scientists; he was doing Gell-Mann a favor, basically giving him free publicity, he felt. He was, he admitted to me, unprepared, and expected an obsequious grateful scientist to spoon feed him knowledge that would turn itself into a story.

Instead, Gell-Mann promptly threw him out.

But as Greg was leaving, embarrassed, Gell-Mann stopped him and told him he could try again later that week, and further told him what to do and what to know before he came back to try again. A scientist trained a science journalist on how to be a better science journalist, by managing their expectations of what they should expect from scientists.

That's a poorly worded way to state a very elegant concept; I bet Gell-Mann could have said it much better. 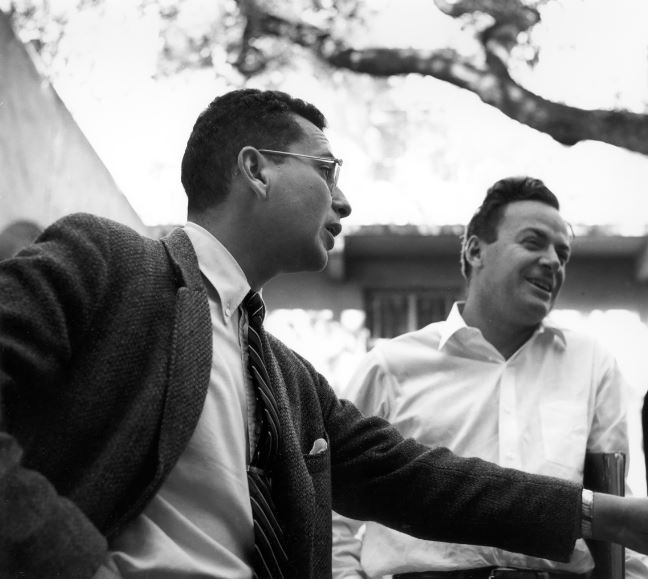 The great man pulled no punches on fellow scientists either. Dr. Michael White here noted where the physicist gave a wide range of insight.

On Heisenberg: "But by the time I knew him, although he was not extremely old, he was more or less a crank."

On Feynman: "[He] was pretty good, although not as good as he thought he was."

Only Fermi got a pass: "[He] was good, but again with limitations—every now and then he was wrong. I didn’t know anybody without some limitations in my field of theoretical physics."

We all have our limitations but being prepared should not be one of them for anyone who expects to find success. And we can thank Dr. Gell-Mann for demanding preparation and being blunt when it wasn't there.