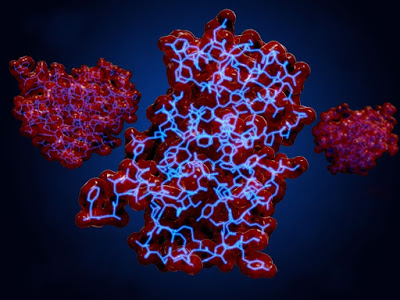 Diabetes mellitus and cardiovascular diseases are challenging medical and social problems. Patients with diabetes mellitus are at a higher risk of developing vascular dysfunction and hypertension. Cumulative evidence suggests that oxidative stress may play a key role in the development of diseases. It has been found that oxidative stress is associated with several cardiovascular diseases, including atherosclerosis, hypertension, heart failure, stroke, and diabetes, and plays a fundamental role in endothelial dysfunction associated with these diseases 1-6. Further, oxidative stress plays a major role in the pathogenesis of both types of diabetes mellitus.

High levels of free radicals and the decline of antioxidant defense mechanisms lead to damage of cellular organelles and enzymes, increased lipid peroxidation, and development of insulin resistance 7. The vascular and systemic complications in diabetes are associated with hyperglycemia-induced overproduction of reactive oxygen species 8,9.

Other studies showed that overproduction of reactive oxygen and nitrogen species, lowered antioxidant defense and alterations of enzymatic pathways in humans with poorly controlled diabetes mellitus can contribute to endothelial, vascular and neurovascular dysfunction 10. Insulin resistance is associated with reduced intracellular antioxidant defense, and therefore diabetic patients may have a defective intracellular antioxidant response that causes diabetic complications 11-13.

The combination of the low levels of antioxidants and raised levels of free radical play a major role in delaying wound healing 14. It has been found that chronic leg ulcers contain localized oxidative stress 15. The recent finding revealed that insulin resistance is associated in humans with reduced intracellular antioxidant 11. Interestingly, antioxidants improve insulin sensitivity and help in wound healing 16,17.

Both the EPRT and eBalance devices have been used to deliver electrons to tissues and then saturated free radicals with required electrons. The actual tissue regeneration, along with concomitant improvement noted in the general condition of the patient, points to a highly potent antioxidant effect on local tissues, as well as on tissues in general. This reduces free radicals and might facilitate tissue repair. This device is used as a model to deliver electrons to the body, including mitochondria and presumably working as an antioxidant device. It was thought reasonable to use on patients with diabetes mellitus, hypertension and chronic wounds, to test whether delivering electrons to the body might help eliminate underlying oxidative stress, stabilize mitochondria and prevent further formation of excess free radicals.

Oxidative stress plays a major role in the pathogenesis of both types of diabetes mellitus and cardiovascular diseases including hypertension. The low levels of antioxidants accompanied by raised levels of markers of free radical damage play a major role in delaying wound healing. Ultra-low microcurrent presumably has an antioxidant effect, and it was shown to accelerate wound healing.

The purpose of these studies was to investigate the efficacy of ultra-low microcurrent delivered by the Electro Pressure Regeneration Therapy (EPRT) device (EPRT Technologies-USA, Simi Valley, CA) and eBalance device (CellMedX, Vancouver, BC) in the management of diabetes, hypertension and chronic wounds[70]. The EPRT and eBalance are electrical devices that send a pulsating stream of electrons in a relatively low concentration to targeted areas or throughout the body.

These devices are noninvasive and delivers electrical currents that mimic the endogenous electric energy of the human body. It is a rechargeable battery-operated device that delivers a direct current (maximum of 3 milliAmperes) of one polarity for 11.5 minutes, which then switched to the opposite polarity for another 11.5 minutes. The resulting cycle time is approximately 23 min or 0.000732 Hz and delivers a square wave bipolar current with a voltage ranging from 5V up to a maximum of 40 V. The device produces a current range of 3 mA down to 100 nA. Twelve patients with long standing diabetes, hypertension and unhealed wounds were treated with EPRT.

The patients were treated approximately for 3.5 h/day/5 days a week. Assessment of ulcer was based on scale used by National Pressure Ulcer Advisory Panel Consensus Development Conference. Similar case studies have been conducted with use of the eBalance in patients with hypertension, diabetes and wounds resulting from the latter. ultra-low microcurrents were found to be a safe and effective therapy for this patient population.

Patients were followed-up with daily measurement of blood pressure and blood glucose level, and their requirement for medications was recorded. Treatment continued from 2-4 months according to their response. Results showed that diabetes mellitus and hypertension were well controlled after using this device, and their wounds were markedly healed (30-100%). The patients either reduced their medication or completely stopped after the course of treatment. No side effects were reported. This supports the safety of ultra-low microcurrent in the treatment of patients with diabetes and cardiovascular disease.

The EPRT device is an electrical device that sends a pulsating stream of electrons in a relatively low concentration throughout the body. The device is noninvasive and delivers electrical currents that mimic the endogenous electric energy of the human body. It is a rechargeable battery-operated device that delivers a direct current (maximum of 3 milliAmperes) of one polarity for 11.5 minutes, which then switched to the opposite polarity for another 11.5 minutes.

In several of the studies, the ultra-low microccurent device was designed to switch the direction of current flow halfway through the cycle. The resulting cycle time is approximately 23min or 0.000732 Hz and delivers a square wave bipolar current with a voltage ranging from 5V up to a maximum of 40 V. The device produces a current range of 3 mA down to 100 nA. Electrodes are applied in 2 layers, and tap water is used as the conducting medium. The wraps cover a large surface area, thus reducing resistance and allowing an optimum number of electrons to flow freely into tissues.

The EPRT at a setting of 100 nA is delivering 8.129x10 (14) per cycle. But as this amount is being delivered over a 23 minute period (at rate of 6x10 (11) electrons per second) this behaves as a pressure instead of a jolt. This steady stream of electrons is what makes the EPRT a super antioxidant and not only does this correct malalignments in the cells electrical system but it also eliminates free radicals and then stimulates the mitochondria to produce ATP.

Microcurrent has been successfully used to enhance soft tissue healing and to treat fracture nonunion 22,23. Microcurrent relieves myocontracture and can enhance conventional rehabilitation programs for children with cerebral palsy 24. Studies suggest that microcurrent therapy is effective at relieving the side effects of radiation therapy 25. The investigators have found that direct electrical therapy was effective in healing gum abscess and accelerated wound healing 20. These areas of research provide new applications for the use of microcurrents to enhance the lives of those living with both disease and the complications of treatment.

Insulin resistance plays a major role in the development of several metabolic abnormalities and diseases such as type 2 diabetes mellitus, obesity and the metabolic syndrome 30. In these conditions there is an elevation of both glucose and free fatty acid levels in the blood and an increase in oxidative stress 30,31. The high degree of oxidative stress might have an important role in decreasing insulin responsiveness 31-33.

A major source of cellular reactive oxygen species is mitochondria, whose dysfunction contributes to pathological conditions such as vascular complications of diabetes, neurodegenerative diseases and cellular senescence 40-45. Source of reactive oxygen species in insulin secreting pancreatic β-cells and cells that are targets for insulin action is considered to be the mitochondrial electron transport chain.

Hyperglycemia and lipotoxicity in obesity and related disorders are associated with mitochondrial dysfunction and oxidative stress 46,47. Oxidative stress-induced activation of NF-κB signaling might be associated with the pathogenesis of insulin resistance and type 2 diabetes 48-51. In obesity and type 2 diabetes it has been reported that antioxidants and IKK-B inhibitors protect against insulin resistance 52,53.

The use of ultra-low microcurrent might help in stabilizing mitochondria, working as antioxidants and therefore, enhancing normal function of β-cells and vascular tissue. Several clinical trials have demonstrated that treatment with vitamin E, vitamin C, or glutathione improves insulin sensitivity in insulin-resistant individuals 16,62. The acute effects of hyperglycemia-dependent endothelial cells dysfunction are counterbalanced by antioxidants 63-65. But clinical trials with antioxidants, in particular with vitamin E, have failed to show any beneficial effect 66. However, antioxidant therapy with vitamin E or other antioxidants is limited to sourcing already formed oxidants and may be considered symptomatic instead of a causal treatment for oxidative stress 67. Interruption of the overproduction of superoxide by the mitochondrial electron transport chain would normalize the pathways involved in the development of the oxidative stress 68.