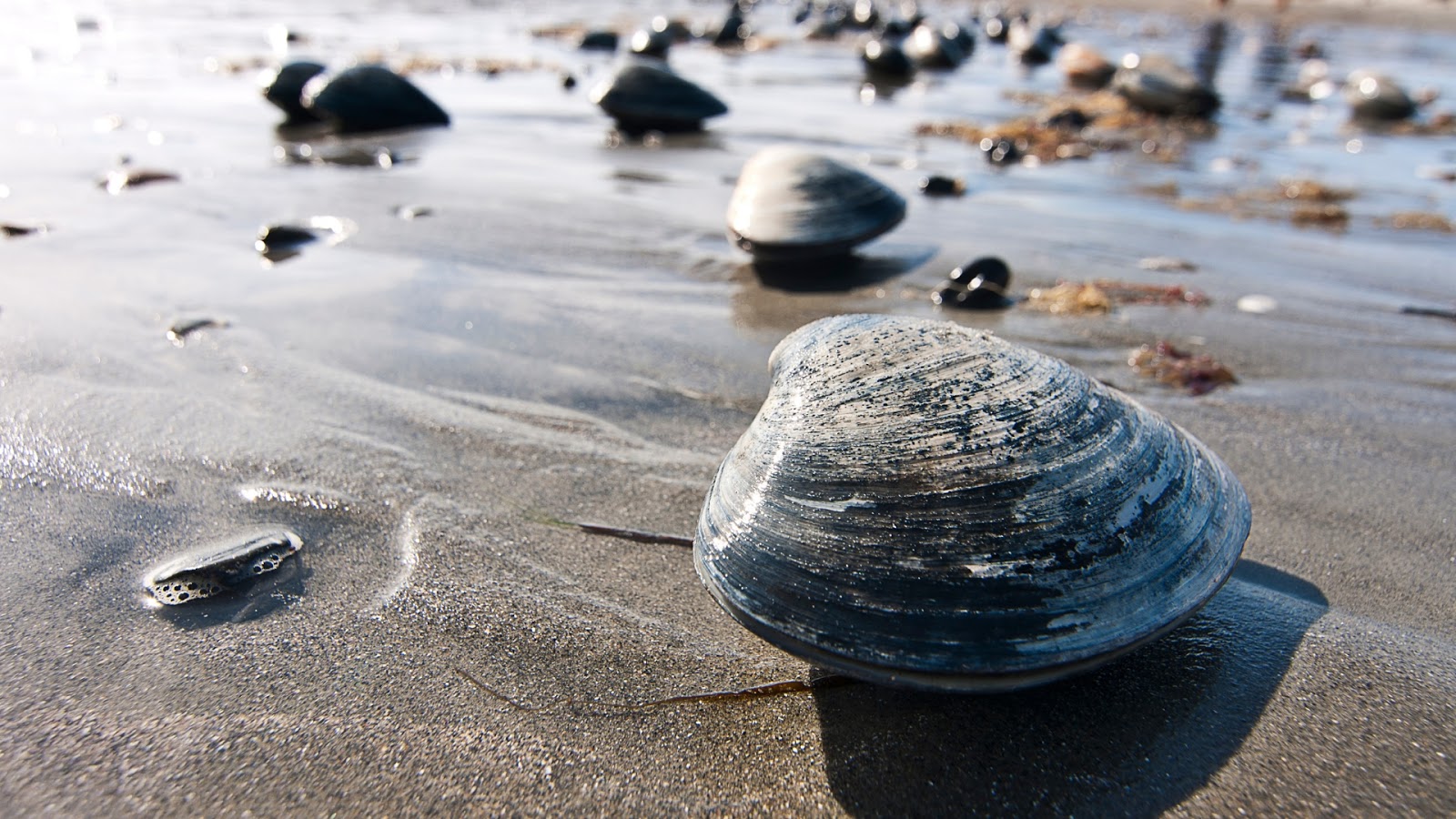 “When the tide is out, the table is set.” This wisdom from those who call Haida Gwaii home is still true today. The enormous difference between high and low tide in Haida Gwaii – up to twenty three vertical feet – means that twice a day, vast swathes of shellfish are unveiled, free for the taking.
For many cultures, obtaining the stable food supply and permanent residences needed to develop advanced artisanship and specialized trades and crafts required becoming an agrarian society: clearing fields, planting crops, and/or raising livestock. But for the Haida, Mother Nature served as farmer, tending the tideland fields.

Archaeological evidence tells us that by roughly five thousand years ago, gathering shellfish replaced hunting and fishing as a primary food source on the islands. The shellfish meat was skewered on sticks, smoked and stored for use in winter or for travel. Today, a bountiful variety of both seafood, salmon, halibut, lingcod, sockeye and coho compliment venison, berries and local greens as common local cuisine.

The Queen Charlotte Islands or Haida Gwaii are at the western edge of the continental shelf and form part of Wrangellia, an exotic terrane of former island arcs, which also includes Vancouver Island, parts of western mainland British Columbia and southern Alaska.

While we’ll see that there are two competing schools of thought on Wrangellia’s more recent history, both sides agree that many of the rocks, and the fossils they contain, were laid down somewhere near the equator. They had a long, arduous journey, first being pushed by advancing plates, then being uplifted, intruded, folded, and finally thrust up again. It’s reminiscent of how pastry is balled up, kneaded over and over, finally rolled out, then the process is repeated again.

This violent life story applies to most of the rock that makes up the Insular Belt, the outermost edge of the Cordillera. Once in their present location, the rocks that make up the mountains and valleys of this island group were glaciated and eroded to their present form.

Looking around today, you can see where the glaciers left their mark. Many of the Islands’ valleys sport the tell-tale post-glaciation U-shape profile and picturesque erratic boulders can been seen sitting like sentinels on the beach, lone watchmen with an eye to the sea. While the glaciers on the Queen Charlottes were localized, to the east, what had once been and would again be the continental coast was pressed down beneath over a kilometer of ice — the Cordilleran ice sheet.

Despite this tumultuous past, the islands have arguably the best-preserved and most fossil-rich rocks in the Canadian Cordillera, dating from very recent to more than 200 million years old. On these details, there is a pretty broad consensus. On much else, including exactly where the Wrangellia terrane was born and how fast it moved to its present position, there is lively debate amongst geologists. But we all agree on their bounty and beauty.