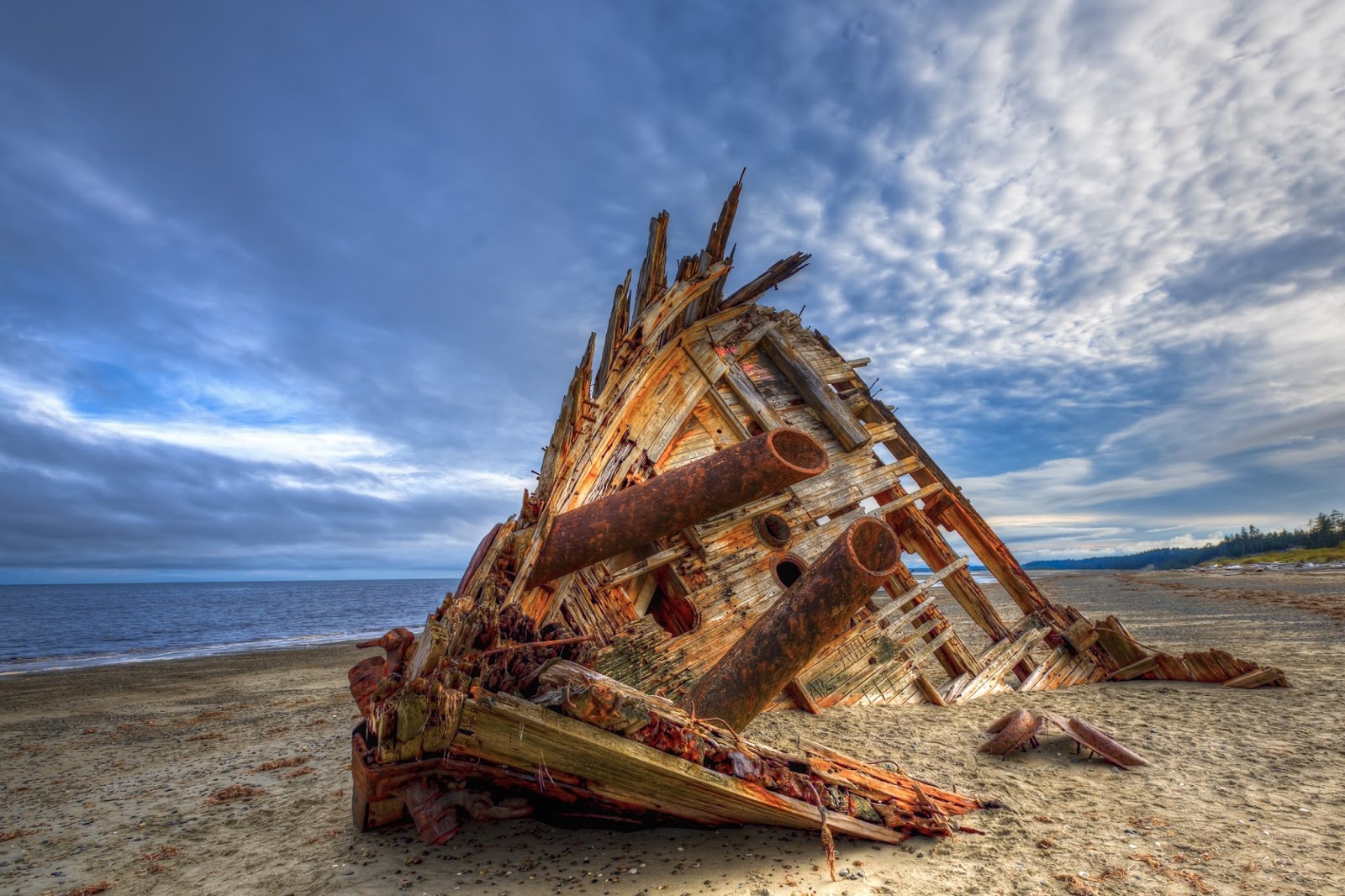 A wreck with tales to tell at Naikoon in Haida Gwaii. The islands have gone by many names. To the people who call the islands home, Haida Gwaii means “island of the people,” it is a shortened version of an earlier name, Haadala Gwaii-ai, or “taken out of concealment.”

Back at the time of Nangkilslas, it was called Didakwaa Gwaii, or “shoreward country.” By any name, the islands are a place of rugged beauty, a wild spirit and hold a special place in both the natural and supernatural world. Haida oral history traces the lineage of their families back to the ocean’s origins. Spear points from Huxley Island confirm a date of between 12,500 - 13,500 years ago. Their stories bear witness to the last the ice age, great floods, changes in sea levels and the arrival of the first tree – each binding them closer to the land and sea and enriching our understanding of this special place.

The Queen Charlotte Islands form part of Wrangellia, an exotic tectonostratigraphic terrane, that includes parts of western British Columbia, Vancouver Island and Alaska. Today, the mist-shrouded archipelago of Haida Gwaii is separated from the British Columbia mainland by Hecate Strait, a 40-mile wide channel of tempestuous water. These roiling seas have claimed their fair share of ships, canoes and other ocean going vessels as the wreck at Naikoon can attest to.

But not so long ago this area of the world looked much different. Haida oral tradition tells of a time when the strait was mostly dry, dotted here and there with lakes. And indeed, during the last ice age, glaciers locked up so much water that the sea level was hundreds of feet lower than it is today. Soil samples from the sea floor of Hecate Strait contain wood, pollen, and other terrestrial plant materials that tell of a tundra-like environment. Whether or not the strait was ever completely dry during these times, it seems that it did at least contain a series of stepping-stone islands and bridges that remained ice free. Perhaps a safer time to travel the Didakwaa Gwaii.
Fossil Huntress
More Articles All Articles
About