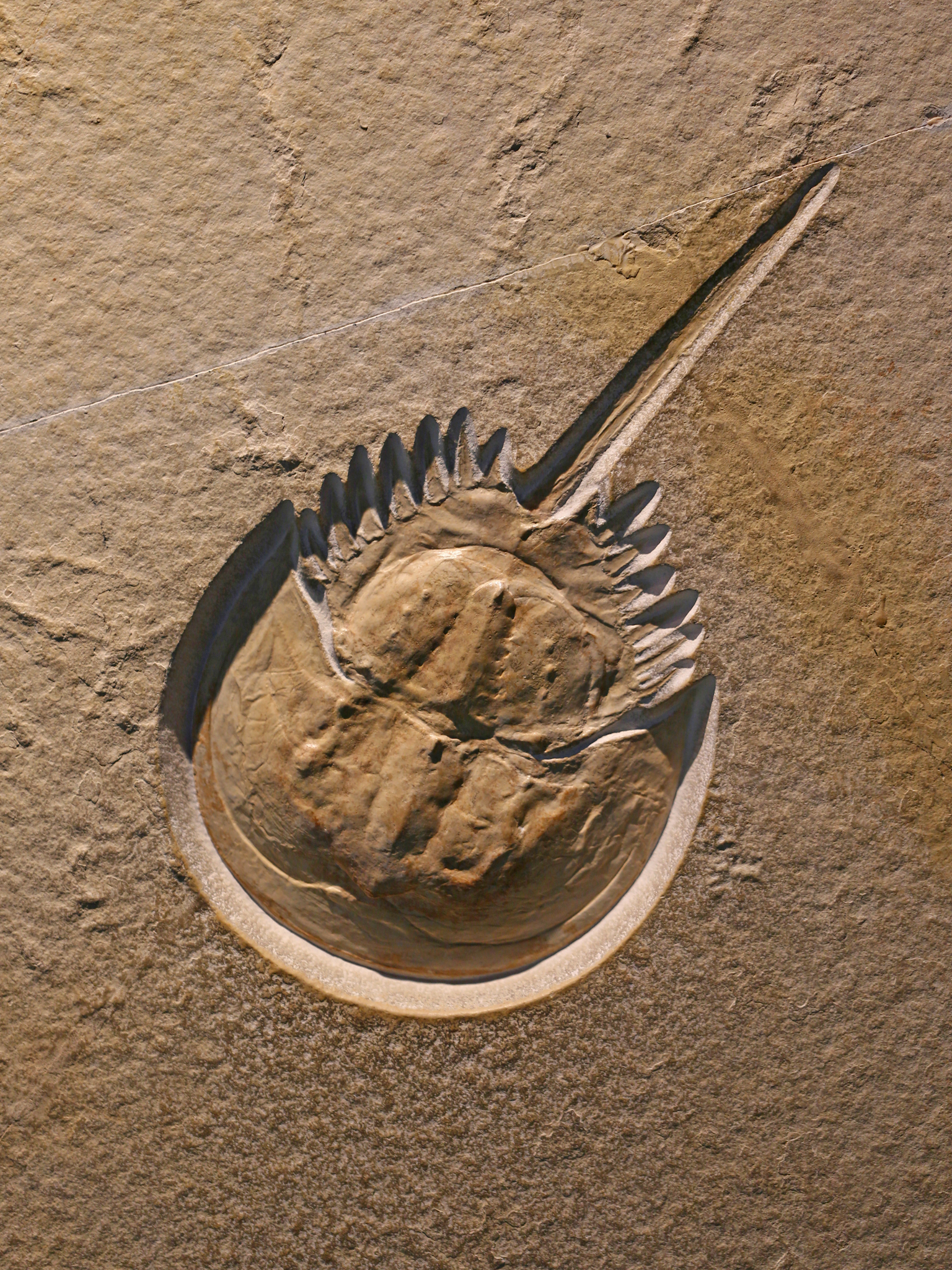 But slow change provides loads of great information. It makes our new friend, Yunnanolimulus luoingensis, an especially interesting and excellent reference point for how this group evolved.

We can examine their genome today and make comparisons all the way back to the Middle Triassic with this new find and other specimens from further back in the Ordovician — 445 million years ago.

These living fossils have survived all five mass extinction events. They are generalists who can live in shallow or deep water and will eat pretty much anything they can find on the seafloor.

The oldest horseshoe crab fossil, Lunataspis aurora, is found in outcrops in Manitoba, Canada. Charmingly, the name means crescent moon shield of the dawn. It was palaeontologist Dave Rudkin and team who chose that romantic name. Finding them as fossils is quite remarkable as their shells are made of protein which does not mineralized like typical fossils.

Even so, the evolution of their exoskeleton is well-documented by fossils, but appendage and soft-tissue preservation are extremely rare.

The close anatomical similarity between the Middle Triassic horseshoe crabs and their recent analogues documents anatomical conservatism for over 240 million years, suggesting persistence of lifestyle. The occurrence of Carcinoscorpius-type claspers on the first and second walking legs in male individuals of Y. luoingensis tells us that simple chelate claspers in males are plesiomorphic for horseshoe crabs, and the bulbous claspers in Tachypleus and Limulus are derived.

As an aside, if you hadn't seen an elephant shark before and were shown a photo, you would likely say, "that's no freaking shark." You would be wrong, of course, but it would be a very clever observation.

Callorhinchus milii look nothing like our Great White friends and they are not true sharks at all. Rather, they are ghost sharks that belong to the subclass Holocephali (chimaera), a group lovingly known as ratfish. They diverged from the shark lineage about 400 million years ago.

If you have a moment, do a search for Callorhinchus milii. The odd-looking fellow with the ironic name, kallos, which means beautiful in Greek, sports black blotches on a pale silver elongate body. And their special feature? It is the fishy equivalent of business in the front, party in the back, with a dangling trunk-like projection at the tip of their snout and well-developed rectal glands near the tail.

As another small point of interest with regards to horseshoe crabs, John McAllister collected several of these while working on his MSc to see if they had microstructures similar to trilobites (they do) and whether their cuticles were likewise calcified. He found no real calcification in their cuticles, in fact, he had a rather frustrating time getting anything measurable to dissolve in acid in his hunt for trace elements.

Likewise, when looking at oxygen isotopes (16/18) to get a handle on water salinity and temperature, his contacts at the University of Waterloo had tons of fun getting anything at all to analyze. It made for some interesting findings. Sadly, for a number of reasons, he abandoned the work, but you can read his very interesting thesis here: https://dr.library.brocku.ca/handle/10464/1959