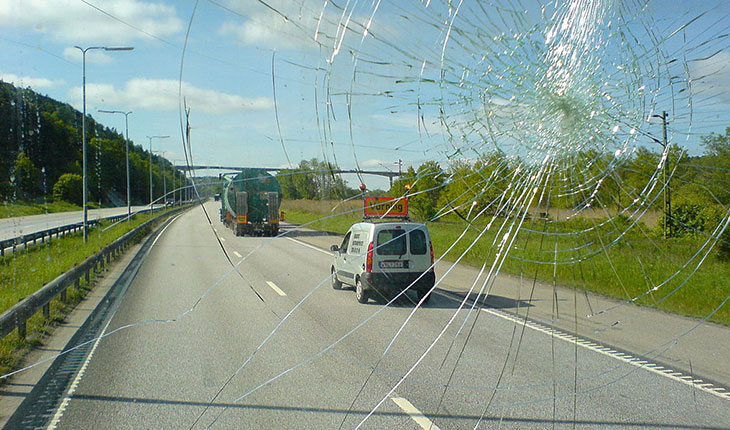 By:
Leigh Cooper,  Inside Science

(Inside Science) – Despite their agility in flight, birds often find themselves unable to escape vehicles – a conundrum that puzzles scientists.

To solve the mystery, a new study brought brown-headed cowbirds (Molothrus ater) into a homemade, bird-sized movie theater where they watched videos of an approaching truck. The cowbirds eyeballed the gap between themselves and the car to evaluate the danger of the approaching vehicle, but they did not take into account how fast the truck closed that distance.

"Using video records and looking at how birds react – this is not new. But building everything to record how they escape cars - this is really new," said

Pierre Legagneux, a behavioral ecologist at Université du Québec à Rimouski in Canada, who was not associated with the study.

Instead the team constructed a box where one wall consisted of a 46-inch high-definition television. The scientists then placed a group of three cowbirds into the box.

The video started with a straight, quiet road, but soon a parked 2003 Ford F250 pickup truck started rumbling toward the birds. The scientists had placed the camera in the middle of the road – a bird's eye view – so it appeared as if the truck would run down any grounded birds.

The researchers watched the birds for two distinct behaviors wild birds exhibit when they encounter a predator. The first was an obvious awareness of the approaching vehicle. The cowbirds would switch from loafing about, preening or pecking to more defensive behaviors like scanning for danger or shifting into a crouch with flattened feathers.

The second important behavior was the escape attempt. The cowbirds either ran or flew toward the back of their pint-sized cinema.

Because scientists had never used video playback to evaluate a bird's response to a vehicle, the researchers were extremely excited when the birds in the first trial tried to dodge the film's speeding truck, said Travis DeVault, a wildlife ecologist with the U.S. Department of Agriculture's National Wildlife Research Center, Sandusky, Ohio.

"The birds appeared to be completely and utterly fooled by this video playback. We did not have a single incident where one of these groups failed to respond to the vehicle," said DeVault, the primary investigator of the new study.

The scientists shot video of the truck travelling at different speeds. They played the video at double or even triple speed so that the car rushed along at 40 to 220 mph, speeds that approach those of an airplane taking off or landing. The birds successfully skirted slower-moving vehicles, but speeds over 75 mph overwhelmed the birds' escape strategies.

Instead of adjusting their escape time to the speed of the car, the birds only evaluated the distance between themselves and the truck. No matter how fast the car sped toward the birds, they always took off when the vehicle was roughly 92 feet away.

"They are not evolutionarily prepared to deal with things like vehicles that are travelling so fast and are so large," said DeVault.

Legagneux cautioned at extrapolating the findings from a study involving cars to airplanes.

Not only did high-speed cars leave little time for evasive maneuvers, but they also limited the amount of time the birds had to decide to fly away. In fact, when the truck's simulated speed was 220 mph, the birds used 90 percent less time to take off after first recognizing the truck than they did when the truck's speed was 40 mph.

"It was pretty consistent with previous findings in showing that very high speeds can be very dangerous for birds," said Legagneux.

Researchers released all the birds unharmed back into the wild after one trip to the cinema. DeVault and his colleagues published their results this January in Proceedings of the Royal Society B.

In the future the team wants to test whether car lights enhance the birds' ability to escape. They will also study variability in response time among different birds.

"Some birds appeared to be reacting quite a bit sooner than others," said DeVault. He and his team think that birds with more experience around traffic may be better at escaping cars than traffic-naïve birds.

Although they only tested one species in this study, DeVault thinks using distance to determine predator avoidance reactions could be a "pretty general phenomenon among birds."

Using video playback or computer animation experiments, scientists have tested how people judge traffic when crossing a street. "Humans pay a lot more attention to distance than speed," said DeVault. "Subconsciously we may be doing some of the exact same things as the birds."

Leigh Cooper is a science writer based in Santa Cruz, California. She tweets at @gdaycoop. Reprinted with permission from Inside Science, an editorially independent news product of the American Institute of Physics, a nonprofit organization dedicated to advancing, promoting and serving the physical sciences.