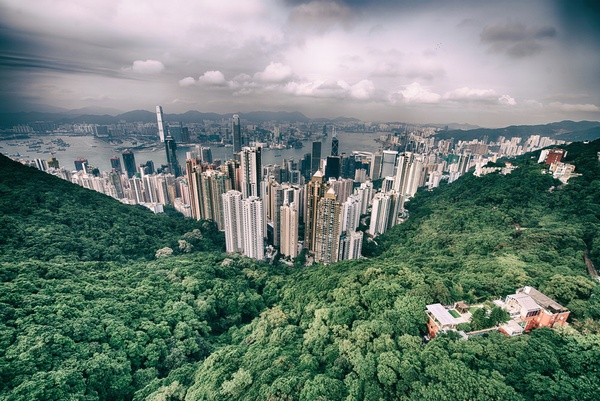 Could Hillary Clinton and Carly Fiorina find agreement on one of the most contentious issues dividing America's two political parties today -- climate change? Is it possible they could move past the debate about who or what causes climate change and focus on how modern technology can protect the environment and improve the lives of millions around the globe?

Probably wishful thinking. But for millions of women who are not running for president, perhaps there's a chance we can bridge the wide gulf between the two sides. That's the promise of a nascent environmental movement called "Ecomodernism." And since it united the two of us - stay-at-home moms with different political leanings who nonetheless want a better world not just for our own children, but children around the world - we think ecomodernism could finally represent needed consensus.

Ecomodernism celebrates human progress and achievement, rejecting the idea that we should be subservient to nature. Ecomodernists believe that human ingenuity is the key to protecting the planet from further damage - either natural or man-made - and that advancing technologies can help build a thriving home for a projected population of 9 billion people.

It's a refreshing departure from the usual apocalyptic rhetoric and the tired talking points we're already hearing from presidential candidates in both parties. There is something for everyone in ecomodernism; a growth-based approach emphasizing prosperity that appeals to Republicans and a public policy-directed approach that finally addresses the environmental and global equality concerns of Democrats. Independents will appreciate its pragmatism and lack of polemics. Ecomodernism acknowledges that poverty, energy, and climate cannot be addressed without the partnership of both government and the private sector.

"We are skeptical of identity politics, which is overly divisive and gets in the way of what we have in common, what we share," says Michael Shellenberger, one of ecomodernism's founders. Shellenberger left the present-day environmental movement several years ago because it wasn't forward-thinking enough and too hastily dismissed the potential of modern technologies. "Over time, we became disillusioned with the traditional environmental approaches to climate change."

A boy who grew up in the shadow of impending nuclear war and became an anti-nuke protester, Shellenberger is now one of the most vocal advocates of nuclear power as the best source of clean, cheap energy. "How we deal with the unintended consequences of development is to deal with them through more technology and more development.", he says. "We're not going to solve global warming by all of us learning to live with less."

The movement released a broad yet bold outline of its vision last spring in An Ecomodernist Manifesto. It poses one simple question: How do humans save nature, particularly as we increase our reliance on natural resources for energy and agriculture? Ecomodernists suggest two controversial solutions (particularly to the left) - nuclear power and genetically modified seeds or GMOs.

It's the latter that brought Amy Porterfield Levy and I together and led us to ecomodernism. We didn't know each other (and still haven't met in person) but connected on Twitter in the process of becoming accidental activists for GMOs. GMOs are a hot topic not just among mommy consumers like us, but in the health and scientific communities as well. When we started out, we (like many moms) had a largely negative view of GMOs because of what we'd heard from the media. After extensive research, we each concluded that what we had been told about GMOs was mostly untrue and that the fears of mothers are being exploited by activists with an agenda. We learned of the scientific consensus on GMO safety and how GMOs can benefit both farmers and the environment through increased crop yield and reduced pesticides.

What really piqued our passion was the humanitarian potential of genetic engineering to fortify the staple crops, on which much of the developing world depends, with missing nutrients such as Vitamin A and zinc. What really piqued our outrage is how the elite food movement in the developed world is deliberately creating roadblocks to this life-saving technology. We joined forces with other pro-science moms to help overcome the vast amount of misinformation circulating about GMOs.

While GMOs are an important tool in allowing humans to reduce our impact on nature, it's abundant, clean energy that is the cornerstone of the ecomodernist philosophy. Ecomodernists advocate for the elimination of global poverty but recognize that the result of prosperity will be a growing demand for energy. Currently, nuclear energy is the only zero-carbon technology capable of meeting this demand. As mothers who grew up practicing nuclear war drills at school, we understand the reluctance to embrace nuclear. However, after evaluating the myths and facts surrounding nuclear, we see it as another important tool, like GMOs, that should not be dismissed out of fear. With 9 billion people on a planet with an uncertain climate future, we must assess our options and weigh the balance of risks both carefully and rationally.

Perhaps the most mom-friendly aspect of Ecomodernism is the optimism behind the message. It's a positive approach that is both pro-Earth and pro-human. Regardless of our political affiliations, we are the makers and often the primary caregivers of small humans so we find the message that we don't have to choose between the welfare of our children and the welfare of the planet appealing. It's this hopefulness that motivates us to speak out, because in spite of our political differences, we both agree with the Native American proverb, "We do not inherit the Earth from our ancestors, we borrow it from our children."

Could this movement be a way to bridge the political chasm? As Ted Nordhaus, another ecomodernist leader, says: "New politics start with a position of gratitude, particularly in the developed world, for the remarkable lives that we live. We are the freest, wealthiest, most self-actualized human beings who have ever lived on the planet. It's a remarkable thing."

This tone is a useful starting point for every political discussion. It's what makes ecomodernism not just a model for addressing the environment, but every other serious issue as well.

Julie Kelly is a Republican and mom of two daughters, a cooking teacher and food policy writer.She can be reached at nowurcooking@att.net or on Twitter at @Julie_kelly2. Amy Porterfield Levy is a liberal writer, mother, and environmental activist from Atlantic Beach, Florida. Top image credit: Ecomodernist Manifesto
Julie Kelly
More Articles All Articles
About

Julie Kelly is the owner of Now You’re Cooking in Orland Park, IL. She is a cooking instructor and food writer, but her biggest job is mom. She...