Navarathri is celebrated starting tomorrow all across India. There are nine forms of Mother Goddess. Navarathri literally means nine nights and each night one goddess is worshipped. Mother Goddess manifests itself in different forms as Durga, as Saraswathi and as Lakshmi. Each god is symbolic of a positive trait, for example Durga is depicted as an aggressive god who removes miseries from life ( In the story Misery is a Demon), Saraswathi is the goddess of Education and Lakshmi is Goddess of wealth. The rituals that accompany these days also reinforce the symbolism they depict. Books and education related materials are worshiped on the day Saraswathi is worshipped. Apart from this on one day, work related gadgets are worshiped, the rationale behind this is that if one respects, values and worships a gadget, for example a sickle is important for a farmer as he is dependent on it for harvesting grains. When he worships this he is elevating that Non-living thing into something divine and this results in him giving his 100% during his work.

Navarathri is also associated with some folk dance forms in India. A couple of popular dance forms are Garba and Dandiya. In India, people in the community get together and dance during these nine nights. 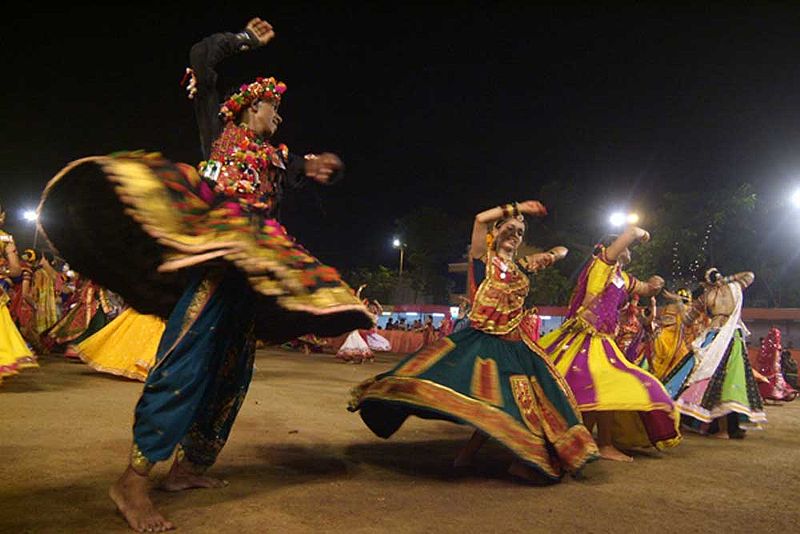 Learn Dandiya and Garba on www.just-a-dance.com

Just A Column
More Articles All Articles
About