Mark Changizi
This week a computer science researcher named Vinay Deolalikar claimed to have a proof that P is not equal to NP.

Let’s set aside what this means for another day, lest I get distracted.  The important thing now is that this is big. Huge, even!

But correct or not, that’s the kind of thing one expects to see in academia. Tenure gives professors job security and research freedom, exactly the conditions needed to enable them to make the non-incremental breakthroughs that fundamentally alter the intellectual landscape. (And in the case of P not equal to NP, to acquire fame and fortune.)

It is illuminating, then, to note that the man behind the new purported proof is not in academia at all, but in industry – at HP Labs.

And he’s not alone in his non-academic status.

Big discoveries such as these from researchers outside of academia may be symptoms of a deep and systemic illness in academia, an illness which inhibits professors from making big-leap theoretical advances.

The problem is simply this: You can’t write a grant proposal whose aim is to make a theoretical breakthrough.

“Dear National Science Foundation: I plan on scrawling hundreds of pages of notes, mostly hitting dead ends, until, in Year 4, I hit pay-dirt.”

Theoretical breakthroughs can’t be mapped out in advance. You can’t know you’ve broken through until you’re…through.

…at which point there is nothing left to propose to do in a grant application.

“Fine,” you might say. “If you can’t write a grant proposal for theoretical innovation, then don’t bother with grants.”

And now we find the crux of the problem.

Getting grants is the principal key to individual success in academia today. They get you more space, more money, more monikers, more status, and more invitations to lunch with the president.

To ensure one is in the good graces of one’s university, the young creative aspiring assistant professor must immediately begin applying for grants in earnest, at the expense of spending energies on uncertain theoretical innovation.

In order to have the best chance at being funded, one’s proposed work will often be a close cousin of one’s doctoral or post-doctoral work.  And the proposed work – in order to be proposed at all – must be incremental, and consequently applied in some way, to experiments or to the construction of a device of some kind. 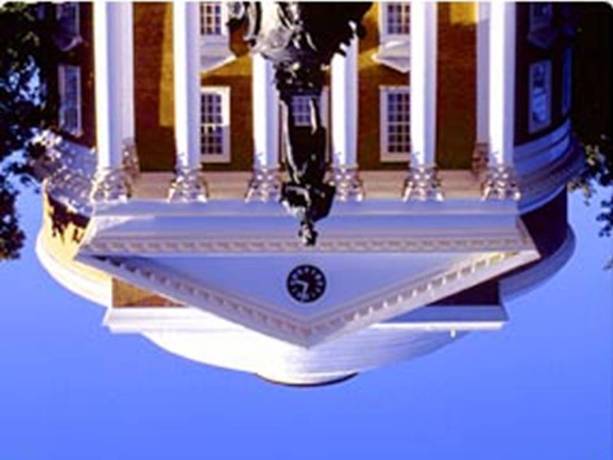 So a theorist in academics must set aside his or her theoretical work, and propose to do experimental or applied work, where his or her talents do not lie.

But if you’re good at theory, you really ought to be doing theory, not its application. If Vinay Deolalikar is right about his proof – and probably even if he’s mistaken – then he should be spending his time proving new things, not carrying out a five year plan to, say, build a better gadget based on it. There are others much better at the application side for that.

But that’s where tenure comes in, right? With tenure, professors can forego grants, and become intellectually unhinged (in the good way).

There are severe stumbling blocks, however.

First, once one builds a lab via grant money (on the way to tenure), one’s research inevitably changes. And, without realizing it, one dupes oneself into thinking that the funded research direction is what one does. After all, it is the source of one’s new-found status.

Second, once one has a lab, one does not want to become the person others whisper about as having “lost funding.” The loss of status is too psychologically severe for any mere human to take, and so maintaining funding becomes the priority.

But to keep the funding going, the best strategy is to do more follow-up incremental work. …more of the same.

And in what feels like no time at all, two decades have flown by, and (if you’re “lucky”) you’re the bread-winning star at your university and research discipline.

Were the “P is not equal to NP” proof claimer, Vinay Deolalikar, a good boy of academia, he would have spent his time applying for funding to apply computer science principles to, say, military or medical applications, and not wasted his time with risky years of effort toward proofs like the one he put together, where no grant-funding is at stake for the university. Were Vinay Deolalikar in academia, he’d be implicitly discouraged from such an endeavor.

If we are to have any hope of understanding the brain, for example, then academia must be fixed. The brain is inordinately more complicated than physics, and in much more need of centuries of theoretical advance than physics. Yet theorists in neuroscience striving for revolutionary theoretical game-changers are extremely rare, and often come from outside.

One simple step in the right direction would be to fund the scientist, not the proposal. The best (although still not great) argument that you’re capable of theoretical innovation is that you’ve had one or more before. This solves the dilemma of impossibly proposing to have a seminal theoretical discovery.

In the longer term, more is needed. New models for funding academics must be invented, where the aim is for a system that optimally harnesses the creative potential of professors to change the world, and not just to keep universities afloat.


Mark Changizi is the author of THE VISION REVOLUTION (Benbella, 2009) and HARNESSED: How Language and Music Mimicked Nature and Transformed Ape to Man (Benbella, 2011); he was recently attracted to a position outside of academia, as the Director of Human Cognition at 2AI Labs.
Mark Changizi
More Articles All Articles
About