Hank Campbell
For the better part of this century, the federal government has promoted the notion that only government-funded science is real science, and the private sector is the icky kind that, let's face it, the kind of people who overwhelmingly prefer to stay in academia dislike. (1)

Then we get into a problem I have written about a few times: 6X as many people wanting to stay in academia as there are actual jobs in academia. For Ph.D.s who can't get a job in academia, things can be trying. The last time I wrote about the glut I noted there are 5,000 Ph.D.s are working as janitors and another 8,000 working as wait staff. An alarming number of wait staff employees have Bachelor's degrees. Basically, government claiming that a college education was a right that needed to be exercised using unlimited student loans 25 years ago has resulted in a lot of waiters with college educations - about 300,000 Americans wasted their money.

Luckily, scientists have more options. And the federal government has finally recognized that focusing on academia is a problem, even if they don't accept blame for creating it. New National Science Board survey results show that 92 percent of Ph.D.s are happy with their careers 15 years later even if they are not in their fourth post-doc position. Instead of being forced into academia, a science degree is a passport to numerous jobs (even writing about science, at places like the American Council on Science and Health.) But they don't want things to look too rosy for the private sector, so they limit their results to Science, Engineering, and Health (SEH) fields, rather than including STEM, where the private sector overwhelmingly dominates applied research, and does 60 percent of basic research too.

Using that, there are nearly as many PhDs in academia as there are the private sector, which, unfortunately if you understand economics, still tells you something is really wrong. If you don't understand economics, imagine if there was one worker who had to fund one social security recipient. It's the same in academia, the bulk of the science funding will come from taxpayers, not student loans or rich families paying tuition.

Still, that a group like National Science Foundation is even mentioning the private sector in regards to science is a good sign. They are usually pretty insular. This is the same keen government agency that gave two university academics a grant to create Science 2.0, four years after I had built it. 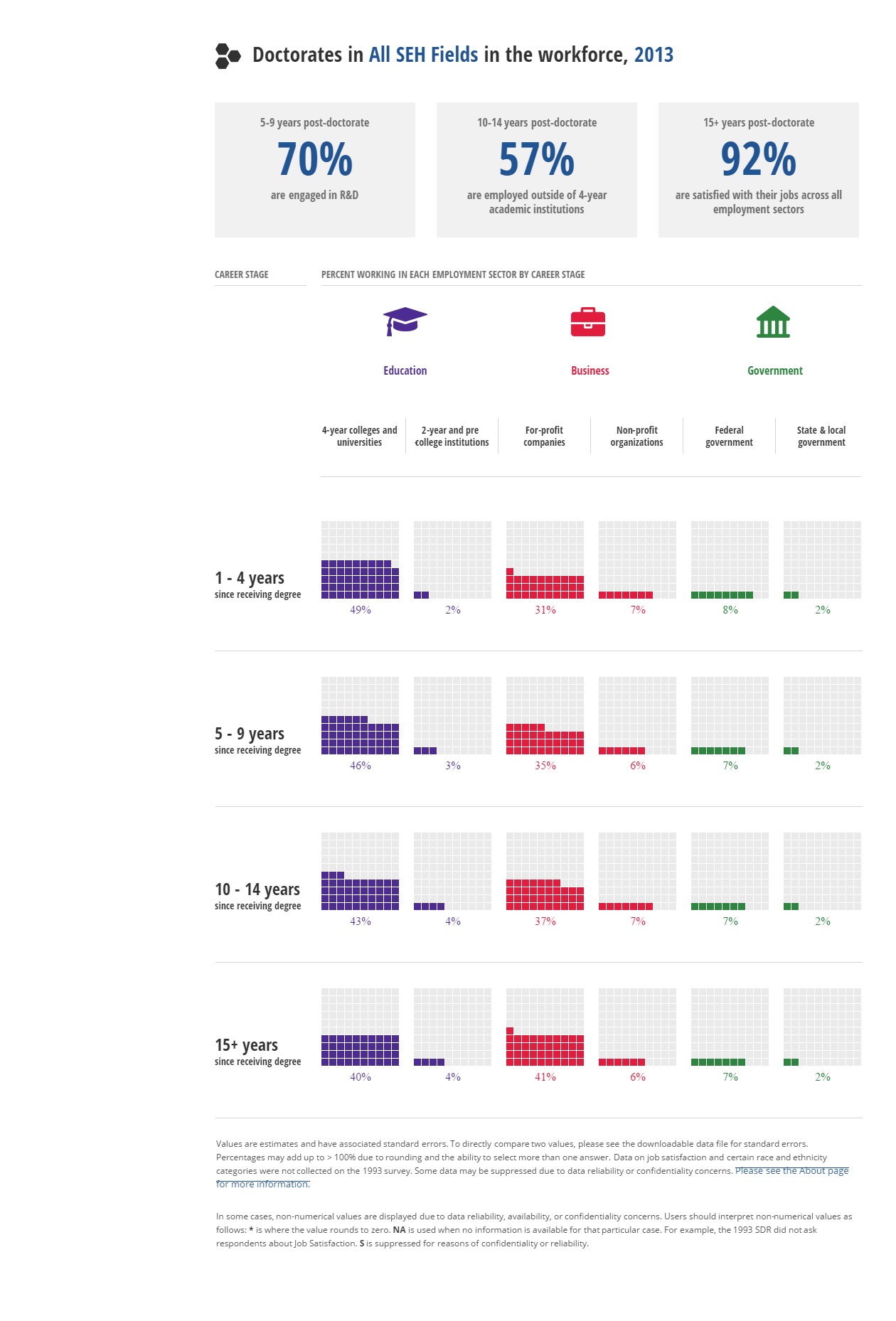