Experiments Find That The W Boson Is Heavier Than Expected, Challenging The Standard Model
By Mark Pierce | May 12th 2022 07:23 AM | Print | E-mail

Despite shutting down its operations in 2011, data from an old experiment at the Collider Detector at Fermilab (CDF) has pushed scientists to further rethink the Standard Model. The CDF re-measured the mass of the “W boson” particle and found that it weighs more than the Standard Model suggests it should. The new measurement is the most accurate measurement ever of the W boson’s mass. 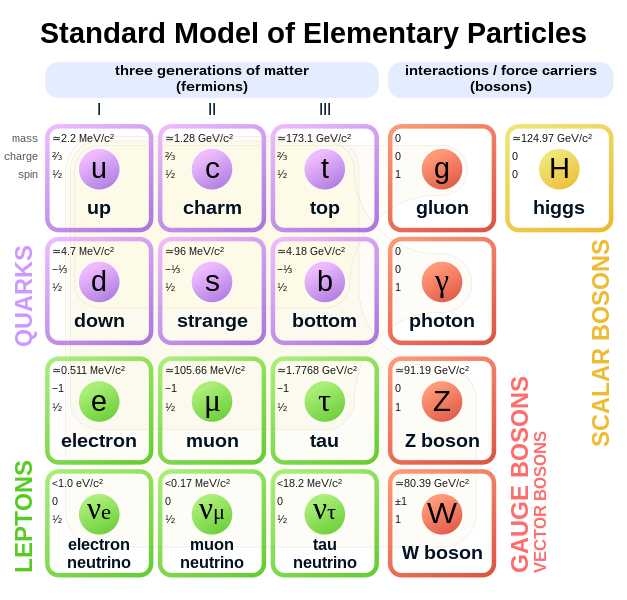 The Standard Model is the best paradigm for explaining the basic laws that govern the universe and its three fundamental forces. There are four fundamental forces: strong, and weak nuclear forces, electromagnetism, and gravity. The strong force holds nuclei together, although some nuclei decay radioactively because they are unstable, causing them to slowly release energy through the emission of particles. This process occurs due to weak forces. Since the early 1900s, understanding this process of decay has been a big topic within the community.

These forces have particles associated with them, which “carry” or transmit them. For example, a photon, a light particle, carries electromagnetic force like silver does. Breakthroughs in the 1960s proposed that particles known as the W and Z boson carried the weak force and were formed by way of radioactive processes. The Higgs boson was postulated to give all particles their mass.

From the 1960s onward, scientists have sought to prove the existence of a series of particles and measure their properties. In 1983, scientists working at the European Organization for Nuclear Research (CERN) found the first bits of evidence for the existence of the W boson. This evidence proposed a mass equal to about that of bromine or other medium-sized atoms.

In order to test the Standard Model, physicists accelerate particles at high energies and cause them to collide with each other. The collisions produce particles that are heavier than the initial particles, but these heavier particles quickly decay into lighter ones.

Bosons decay instantaneously, so measuring them directly is impossible. Instead, scientists measure the energy released from their decay, in order to determine the mass of W bosons.

Bosons produce neutrinos, which are undetectable to a collider. In order to get any data about a neutrino and therefore, measure the W mass, scientists have to assume that the neutrino must balance all the other things produced during the collision.

Experiments over the last 40 years have brought us ever closer to more precise measures of a W boson’s mass. However, it took measuring the mass of the Higgs boson for scientists to be able to check the W boson’s measured mass against that predicted under the Standard Model.

This leads us into the realm of uncertainty. With so much uncertainty present, the risk of large mistakes rises. Uncertainty arises from the distribution of particles with a proton, background particles, and the accuracy and geometry of the CDF itself. Not only that but there is also the risk of human error. Indeed, the new measurements differ from older measurements made by the CDF.

CDF’s detector is extremely precise. In the decade in which it conducted this experiment, it had rained trillions of collisions, collecting enormous amounts of data in the process. The initial results, based on a sample of the data, were in line with the predicted results. From 2012, the team analyzed the data in its entirety, cross-checking it and conducting innumerable simulations. The final results were staggering. The W boson’s mass came out at 80,433 million electron volts (MeV), 70MeV greater than predicted by the Standard Model. Given that the accuracy of the measurement is within 9 MeV, this means that the new results are eight times greater than the margin of error.

Scientists are left to wrestle with three possibilities: despite their efforts, they simply measured wrongly, or did their math wrong, or, the Standard Model is still incomplete.