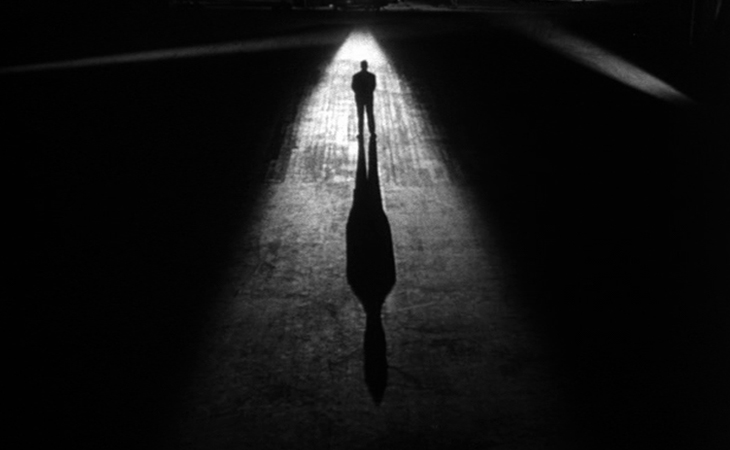 By: Michael Greshko, Inside Science – Some filmmakers really know how to get into their audience’s heads, new research suggests.

Last month, a team led by Matt Bezdek, a cognitive psychologist at the Georgia Institute of Technology in Atlanta, found that suspenseful movies -- including several by director Alfred Hitchcock -- actively limit the brain’s awareness of the visual periphery. The findings provide greater insight into how movies let us temporarily escape the real world.

Bezdek’s research, which was published in the journal Neuroscience, aimed to answer a surprisingly tricky question: When we’re swept up in a narrative, such as a movie, what happens to our ability to focus?

It may be tempting to think of attention as a simple light that we lock into place to illuminate a certain task – or maybe two or three, if you’re lucky. But in reality, our brains get bombarded with endless flows of sensory information – snippets of conversation we hear on the train, birds we see flying overhead, the feeling of sitting in a chair. Our focus is forced to constantly shift, widen, and narrow. How do our brains make it feel so easy?

To see the mental acrobatics of attention in action, Bezdek had his subjects lie down in an fMRI machine, a noisy, massively magnetic doughnut able to track brain blood flow – and, by proxy, brain activity. While in the machine, they watched snippets from 10 different films, all of which shared a crucial plot point: One of the characters faced a potentially awful but initially ambiguous fate. The scenes included classics from across the decades, such as the infamous “cat scene” from the sci-fi film Alien. But Hitchcock, the "Master of Suspense," led the pack with three selections, including bits of North by Northwest, Marnie and The Man Who Knew Too Much.

While each subject homed in on the scene in the center of the display, flashing checkerboards around the display’s edges blitzed the subject’s visual periphery with constant stimulation. To hear the films’ crucial soundtracks above the din of the fMRI machine, subjects wore fiber-optic headphones and earplugs. And to get a sense of how suspense fluctuated in each scene, another pool of subjects outside of the scanner used a slider to track their feelings as they watched, moving it to the left in moments of calm and to the right as tension ratcheted up. In short, "it’s not your typical cinema-going conditions," Bezdek said. 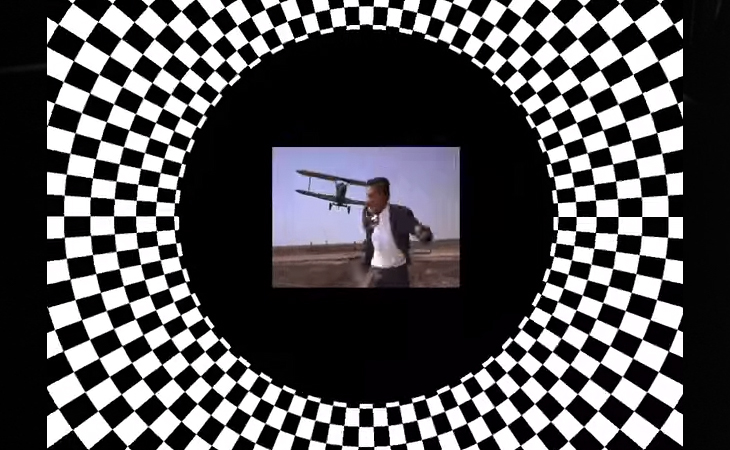 Bezdek compared subjects’ reported suspense levels with activity across the brain, but one area in particular stood out: the calcarine sulcus, which is responsible for visual processing. He found that in moments of high suspense, areas of the CS associated with the visual periphery suddenly became quieter, even though the peripheral checkerboards should have kept them whipped up in a frenzy. Simultaneously, brain activity increased in areas of the CS associated with the center of the visual field. In other words, the scenes’ most nerve-wracking moments narrowed subjects’ visual focus, the attention equivalent of making a spotlight narrower and brighter.

Interestingly, this change in visual attention appears to have little to do with changes in a movie scene’s visuals, such as its moment-to-moment brightness. Bezdek found that the visual elements in high-stress and low-stress snippets weren’t different enough from each other to explain the sudden changes in brain activity. Instead, visual attention seemed to change based on more abstract concerns: the plot of the scene and the perceived threats facing the characters.

Psychologists familiar with Bezdek’s latest paper, which built on his 2012 thesis that came to similar conclusions, laud him for cleverly showing the connection between plot-driven attention and neural activity.

"It’s a very smart study," said Tim Smith, a psychologist at Birkbeck, University of London, who wasn’t involved with the research. "It’s actually showing whole-brain changes in those [suspenseful] moments."

The study also illustrates the brain activity that dictates our focus in high-stakes situations, far removed from the cinema.

"The brain you bring into the theaters evolved over 4 billion years for the real world, so all of these effects are how our brains deal with real life," said Jeffery Zacks, a psychologist at Washington University in Saint Louis, Missouri, who wasn’t involved with the study. "That has real importance for how we deal with nasty traffic or an accident or a war zone."

But further questions linger, including the effects of sound and music. Follow-up studies could quantify aspects of the soundtrack, such as its pitch and volume, to see how much they amplify suspense.

"I mean, think of Jaws," said Zacks. "None of those scenes work without the music."

Future filmmakers could use approaches like Bezdek’s to help with test screenings, "an incredibly poor empirical process," said Smith, since filmmakers currently don’t get much data beyond whether or not a test audience liked the film.

But Bezdek doesn’t think that Hitchcock would be among them, if he were still around.

"I imagine he wouldn’t be that interested in my findings," he said. "He was such a genius already."

Michael Greshko is a science writer based in Washington, D.C., who has written for NOVA Next, the National Academies, and NYTimes.com, among other outlets. He tweets at @michaelgreshko. Reprinted with permission from Inside Science, an editorially independent news product of the American Institute of Physics, a nonprofit organization dedicated to advancing, promoting and serving the physical sciences.