Greg Critser
For type 2 diabetics, the choices are invariably slim: take medications and hew to a strict diet, or don’t take medications and hew to an impossibly strict—and largely unpalatable—diet. Such are the current options for maintaining the strict control of blood sugar needed to fight off the worst effects of the disease and its almost inevitable consequences of hypertension and heart disease.

But what if our gut—the great mediator between this fattening outside world and our ancient, fat-thirsty metabolism—could be modernized, slowly reengineered to check this chain of disease? And what if doing so did not mean unpalatable foods or toxic pharmaceuticals or unsustainable exercise regimes but, rather, a powerful arsenal of food-based additives that actually tasted good, cost little and came from environmentally friendly plant sources. 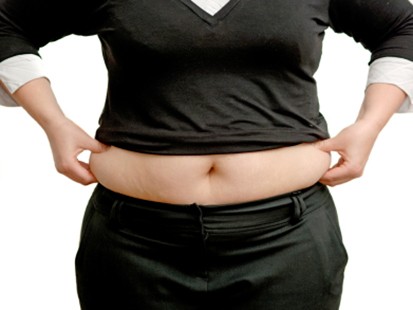 That is precisely the goal of Sweden’s recently launched Anti-Diabetes Food Center, located at Lund University in the city of Malmo and headed by Dr Inger Bjorck.

Dr Bjorck, an engineer and food scientist by training, acknowledges that the very notion of anti-diabetic  food is close to the edge, scientifically speaking.  But she also notes that the approach is nevertheless emerging as its own mini-discipline within the field of blood sugar, or glycemic, control. “Let’s face it, doctors are thrilled by diseases, and nutritionists are thrilled by prevention,” she says. “But to me, the real issue is applying the data to the problem, and we didn’t think anyone was really doing that, from a public health and food science perspective.”

Consider, she says, the once-scorned notion of the glycemic index, or GI. “We now know that the GI is an incredibly powerful instrument to gauge insulin resistance, especially in the post-prandial stage,” she says. The Index assigns a number corresponding to how quickly or how slowly any given food pushes up one’s insulin response during the first few hours after eating a meal. A mashed potato, with lots of simple starches, would have a GI of 87; it can send insulin spiking wildly and, ultimately, dangerously. A boiled sweet potato would have a GI of 63, provoking the milder, smoother response best for diabetics.  Many now consider measurement of this after-meal  period as the most powerful predictor of diabetic complications.

Bjorck’s anti-diabetes research focuses on ingredients—ad not necessarily nutrients— that slow down and smooth out these jags of sugar and insulin. It is a professional and personal quest.  “Type 2 diabetes is frequent in my family, and I am painfully aware of the sad complications that may occur,” she says.  For 20 years she has painstakingly characterized the glycemic qualities of a number of basic foods. Chief among them are grains that once held prominence in the human diet before corn, soy and wheat came to dominate.  They are foods that, in essence, take our guts back in time. Among them are rye, barley and oats. “These are great foods that we just lost,” she says.

With them, she says, we lost the ability to utilize one food to influence the metabolism of other foods eaten 10, 12, even 18 hours later. Bjorck has been following this line of inquiry for years. In one recent experiment she gave 15 healthy volunteers a normal evening meal, then supplemented some with a bread made of barley and some with a bread made of processed wheat. The next morning, subjects ate a standard breakfast of regular toast, marmalade and ham, then underwent a series of hourly blood tests.

Bjorck’s colleagues anticipated the initial results: reduced inflammatory markers and a slowed-down digestive process. What was surprising was the fact that, even 12 hours after the barley bread evening meal, subjects displayed large improvements in blood sugar control and satiety. This effect Bjorck alternately calls colonic memory, or gastro-intestinal memory.  It is prompted not simply by the classic mechanisms of digestion and gastric emptying . Instead it seems to be caused by increased fermentation in the gut caused by barley’s indigestible starches. These in turn create unique by-products that ratchet down free fatty acids, the chief culprit in insulin spikes and inflammation. There was also a significant rise in native GLP-I, or glucagon-like protein, the synthetic versions of which are now candidate drugs for diabetes being tested by Big Pharma

“ Maybe the most important thing about that result was that we got that great effect after a regular breakfast. You didn’t need some rigid strict meal,” she says. “There’s a possibility of palatability and­ a real medical effect with a minor ingredient.”

Theoretically one could extend Bjorck’s concept to a list of most major food-driven dysfunctions .  Metabolic  Syndrome, the confluence of hypertension, high blood fats and diabetes that now plaques 47 million Americans, would be one. To do that, Bjorck says, “we are shifting the focus away from the notion of adding just one ingredient for one action, to adding several ingredients for multiple actions*

*The Center sits the hub of Swedish food science, presents a unique opportunity to engineer such metabolic enhancers directly into the food chain.  Already the region is a leader in the manufacture of pro biotics and oat milk, an alternative to dairy and soy products.

Of course, modern grocery stores already stock a number of functional foods, each making claims about what they do.  There are vitamin waters and super yogurts and endless fruit, vegetable and dairy and soy concoctions. Bjorck ultimately sees something very different than simply filling another medico-nutritional niche: The overall food system, she says, can be made less glycemically charged, less inflammatory . Our bodies would hence be more resistant to the constant daily onslaught of sugar.

“I can see a time when a time when eating right for diabetics won’t be the challenge it is today,” she says, modestly. But any diabetic knows that it would unfold a vast new world of freedoms and tastes long suborned to a stubborn and seemingly intractable disease. It would be revolutionary.

Now, the real work must begin.

Greg Critser is the author of Fat Land, Generation Rx, and the forthcoming Eternity Soup: Inside the Quest to End Aging (Harmony: Jan. 2010)

*The author received a travel grant for this research from Invest Skane, located in Malmo, Sweden.