CERN Director General Robert Aymar announced that the Large Hadron Collider (LHC) will start up in May 2008 despite the fact that a low-energy run originally scheduled for this year has been dropped due to delays, coupled with the failure in March of a pressure test in one of the machine’s components.

In that instance, a magnet assembly known as the inner triplet, provided to CERN as part of the contribution of the US to the LHC project, failed a pressure test. A repair has been identified and is currently being implemented.

The LHC is a scientific instrument of unprecedented complexity, and at 27 kilometers in circumference, is the world’s largest superconducting installation. 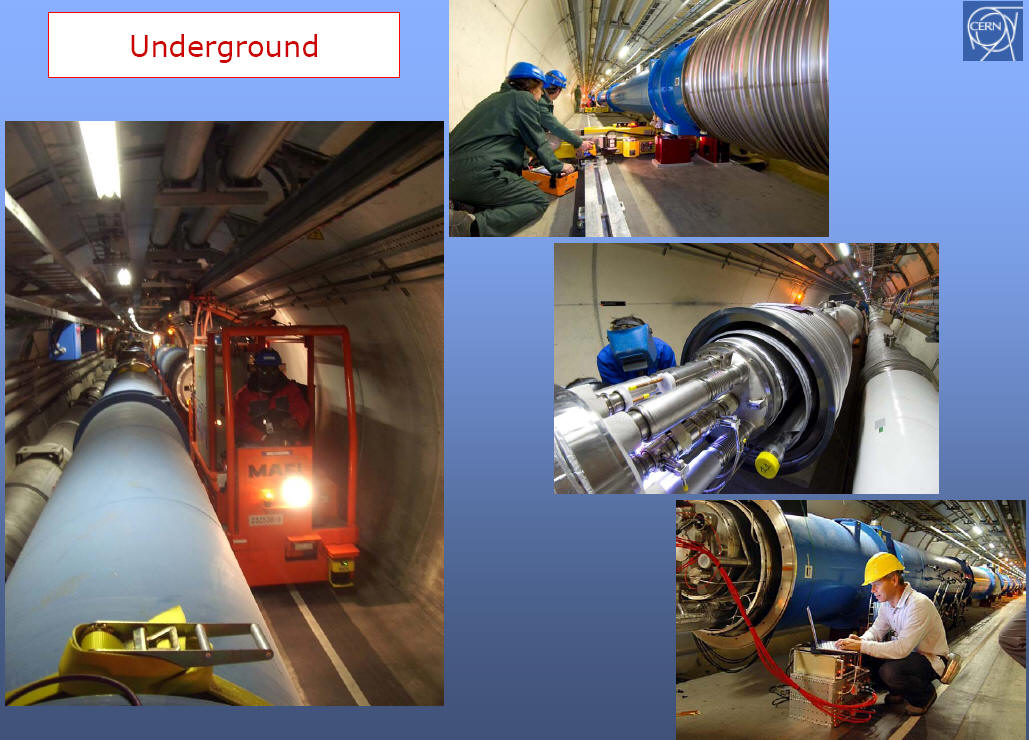 Cooling the first sector of the machine to a temperature of 1.9 K (-271.3°C), colder than outer space, began earlier this year but the first sector cool down has taken longer than scheduled.

“The low-energy run at the end of this year was extremely tight due to a number of small delays, but the inner triplet problem now makes it impossible,” said LHC Project Leader Lyn Evans. “We’ll be starting up for physics in May 2008, as always foreseen, and will commission the machine to full energy in one go.”

To stay on schedule means successively cooling and powering each of the LHC’s sectors in turn this year. Throughout the winter, hardware commissioning will continue.

“There’s no big red button when you’re starting up a new accelerator,” said Evans, “but we aim to be seeing high energy collisions by the summer.” Installation of the large and equally innovative apparatus for experiments at this new and unique facility will continue at the same time. This huge effort will be completed on a schedule consistent with that of the accelerator.

In another development, the CERN Council agreed to increase CERN’s funding over the years 2008-2011.

“This is an important vote for the future of particle physics in Europe,” said Aymar, “it allows us to consolidate the laboratory’s infrastructure, prepare for future upgrades of the LHC and to re-launch a programme of R&D for the long-term future.”

The LHC relies on a chain of particle accelerators, the oldest of which was constructed in the 1950s. Their successful operation is essential to the smooth running of the LHC. These additional resources will be used to consolidate CERN’s infrastructure, and build on it for the future.