Researchers at Georgetown University Medical Center say they are moving closer to understanding why the most lethal form of human malaria has become resistant to drug treatment in the past three decades. They have been able to artificially construct, and then express in yeast, a protozoan gene that contributes to such resistance. And it was no small feat.

The gene they laboriously constructed over a two-year period is believed to be the largest synthetic one ever built, and it successfully produces large quantities of the encoded protein, whose function can now be easily studied. 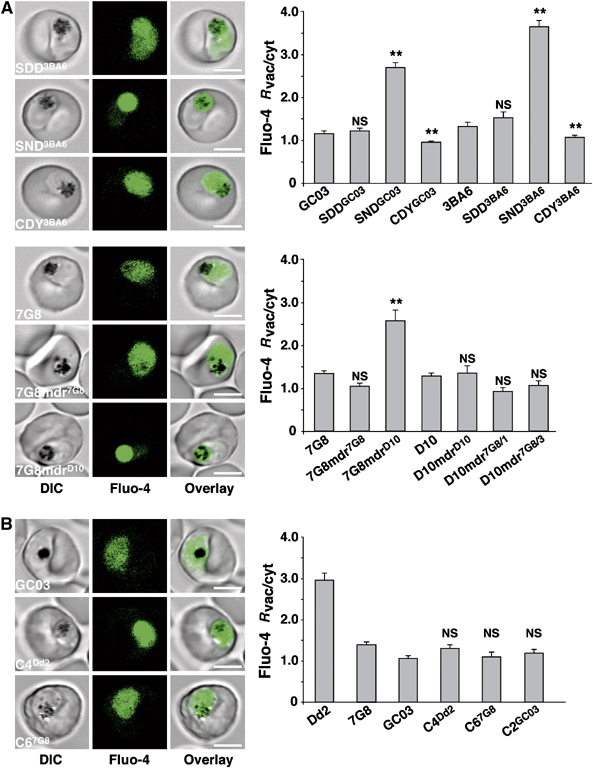 The researchers say that with the addition of the recreated gene, PfMDR1 and its protein, they have all the biomolecular tools necessary to molecularly understand how the malarial parasite Plasmodium falciparum (P. falciparum), has become resistant to most of the drugs that could once destroy it. They have already described and expressed two other genes known to confer drug resistance.

"Now that we have these genes expressed in a convenient yeast system, we can work to understand the molecular basis of anti-malarial drug resistance, providing insight into how future drugs might be designed to effectively kill the parasite," said Paul Roepe, Ph.D., a professor in the Department of Biochemistry and Cellular & Molecular Biology as well as the Department of Chemistry.

Any animal with red blood cells can develop malaria, which is caused by a single-cell protozoan parasite transmitted by the bite of the female Anopheles mosquito. There are about 160 different species of malaria parasites, according to Roepe. Five infect humans, but P. falciparum is responsible for about 1 million deaths out of 300 million acute cases of infection each year. Most of these deaths occur in young children living in sub-Saharan Africa.

Roepe and his collaborators at Georgetown University, in collaboration with investigators at the National Institutes of Health, described in 2000 that the PfCRT gene is primarily responsible for the vast majority of drug resistance that leads to human death from malaria. Earlier this year, they also helped describe how the gene PfNHE likely contributes, and this turns out not to be as vital as PfCRT. Now, based in part on this study, they know that PfMDR1 is dependent on mutated PfCRT, and probably doesn't act independently.

"The contribution of PfMDR1 to anti-malarial drug resistance is important, but much smaller than what many researchers thought it would be," said Roepe. "Before the discovery of PfCRT, many thought PfMDR1 would be the primary culprit."

Roepe, and his two other co-authors, Georgetown researchers Linda Amoah, PhD, and Jacqueline Lekostaj, an MD/PhD student at Lombardi Comprehensive Cancer Center, employed an unusual method to construct the PfMDR1 gene. They first obtained the PfMDR1 protein sequence from the NIH PubMed data base. They then "back translated" the protein sequence using a computer program to change the parasite gene sequence âˆ’ which combines nucleotide base pairs in a way that is found in no other life form âˆ’ into one that could be "read" by yeast. The yeast are then able to produce the PfMDR1 protein, in its proper sequence, from this synthetic gene. They previously used this same technique to create and express a synthetic version of the much smaller PfCRT gene. PfMDR1 is made up of about 4,000 base pairs and its protein is particularly large, Roepe said, making the recent work much more challenging.

Already, analysis of these three anti-malarial drug resistance genes is painting a picture of how the parasite escapes destruction by most of the agents now used against it, he said.,

When a malaria parasite is transmitted through a mosquito bite, the mosquito injects the parasite into skin or blood, which then travels to the liver within minutes, grows and divides there, and then ruptures liver cells, spewing many new parasites into the blood. A fever results from the infection, and this is followed by repeated cycles of mounting parasitic reproduction within red blood cells and accompanying fever. During red blood cell infection, P. falciparum degrades the hemoglobin in the red cell, producing a toxic byproduct known as heme, which the parasite then crystallizes so that it won't be poisoned by it. Eventually, however, an infected person can die from cerebral hemorrhages or anemia that are consequences of red cell infection.

Natural products such as quinine, extracted from the cinchona tree, and leaves from the artemisinin shrub were the only options available to treat the infection until World War II, when both Germany and the United States started massive drug discovery programs based on the toll the parasite was having on soldiers âˆ’ more U.S. soldiers died from malaria in the Pacific than from all enemy fire, Roepe said. The Germans first invented chloroquine (CQ), a synthetic version of quinine, which quickly became the treatment of choice because it was inexpensive âˆ’ now seven cents a dose âˆ’ and needs no refrigeration. The drug works by preventing heme crystallization, which destroys the parasite by building up toxic levels of non crystalline heme.

But because of the overuse of chloroquine, isolates of P. falciparum from around the globe have developed genetic mutations that make them resistant to that drug as well as other similar agents. Not all mutations found in all resistant isolates are the same, however. Parasites in different geographic regions have developed unique patterns of mutations in the three genes mentioned above. Now, researchers can tell where a drug resistant parasite comes from depending on the varied mutations in the three different resistance genes, Roepe said. "There are patterns of mutations in these genes that can tell you if the parasite came from Africa, or Asia, or South America, and what drugs it is most likely to be resistant to," he said.

The goal now is to understand molecularly how these mutations lead to drug resistance. So far, the researchers have found that two of the three resistance genes act to change the pH (acid/alkaline balance) within the parasite when it is growing inside the red cell. These changes affect how drugs like chloroquine enter the parasite, and how efficiently they bind to pre-crystalline heme. If these drugs can't enter blood cells as efficiently, and if the efficiency of heme binding is pushed in the wrong direction, they can't prevent heme from crystallizing. "We know these mutant proteins are controlling pH across two different membranes, but we don't yet know exactly how they are doing it," Roepe says. "Still, knowing the pH values can help pharmacologists and chemists redesign a molecule to take advantage of these changes."