Want to play the ultimate version of The X-Men's "Wolverine" this Halloween? You'll need self-healing skin after those claws come out. Researchers at the University of Illinois are here to help. They have invented the next generation of self-healing materials, which mimics human skin by healing itself time after time. The new materials rely upon embedded, three-dimensional microvascular networks that emulate biological circulatory systems. 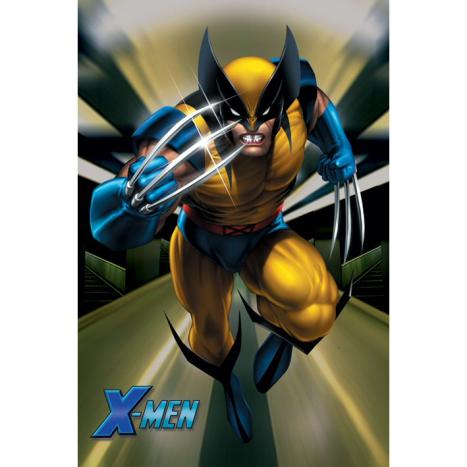 “In the same manner that a cut in the skin triggers blood flow to promote healing, a crack in these new materials will trigger the flow of healing agent to repair the damage,” said Nancy Sottos, a Willett Professor of materials science and engineering, and the corresponding author of a paper accepted for publication in the journal Nature Materials, and posted on its Web site.

“The vascular nature of this new supply system means minor damage to the same location can be healed repeatedly,” said Sottos, who also is a researcher at the university’s Beckman Institute.

In the researchers’ original approach, self-healing materials consisted of a microencapsulated healing agent and a catalyst distributed throughout a composite matrix. When the material cracked, microcapsules would rupture and release healing agent. The healing agent then reacted with the embedded catalyst to repair the damage.

“With repeated damage in the same location, however, the supply of healing agent would become exhausted,” said Scott White, a Willett Professor of aerospace engineering and a researcher at the Beckman Institute. “In our new circulation-based approach, there is a continuous supply of healing agent, so the material could heal itself indefinitely.”

To create their self-healing materials, the researchers begin by building a scaffold using a robotic deposition process called direct-write assembly. The process employs a concentrated polymeric ink, dispensed as a continuous filament, to fabricate a three-dimensional structure, layer by layer.

Once the scaffold has been produced, it is surrounded with an epoxy resin. After curing, the resin is heated and the ink – which liquefies – is extracted, leaving behind a substrate with a network of interlocking microchannels.

In the final steps, the researchers deposit a brittle epoxy coating on top of the substrate, and fill the network with a liquid healing agent.

“Ultimately, the ability to achieve further healing events is controlled by the availability of active catalyst,” said Kathleen S. Toohey, a U. of I. graduate student and lead author of the paper. “While we can pump more healing agent into the network, ‘scar tissue’ builds up in the coating and prevents the healing agent from reaching the catalyst.”

In the current system, the healing process stops after seven healing cycles. This limitation might be overcome by implementing a new microvascular design based on dual networks, the researchers suggest. The improved design would allow new healing chemistries – such as two-part epoxies – to be exploited, which could ultimately lead to unlimited healing capability.

“Currently, the material can heal cracks in the epoxy coating – analogous to small cuts in skin,” Sottos said. “The next step is to extend the design to where the network can heal ‘lacerations’ that extend into the material’s substrate.”

With Sottos, Toohey and White, the paper’s other co-authors are Jennifer Lewis, the Thurnauer Professor of Materials Science and Engineering and interim director of the Frederick Seitz Materials Research Laboratory, and Jeffrey Moore, a William H. and Janet Lycan Professor of Chemistry and a researcher at the Frederick Seitz Materials Research Laboratory and Beckman Institute. White, Sottos and Moore co-invented self-healing plastic; Lewis and White pioneered direct ink writing of three-dimensional microvascular networks.

The work was funded by the U.S. Air Force Office of Scientific Research and the Beckman Institute.

Source: University of Illinois at Urbana-Champaign