Tel Aviv University Professor (and alumnus) Hudi Benayahu, head of TAU's Porter School of Environmental Studies, has found that soft corals, an integral and important part of reef environments, are simply melting and wasting away. And Prof. Benayahu believes this could mean a global marine catastrophe. 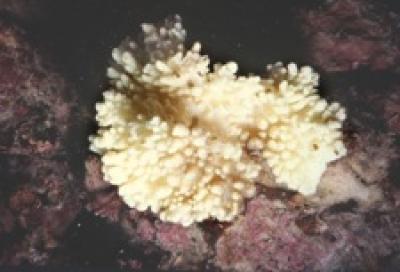 Sinularia, a common soft coral found on reefs. The photo shows a colony that, suffering from high temperatures, has partially lost its symbiogic algae and is in danger of disappearing.Credit: AFTAU

Soft corals help maintain the health and balance of reef ecosystems and provide protection to numerous animals such as “Nemo,” the famous clown fish from the Walt Disney movie. They are also a rich and promising source of life-saving drugs against cancer and deadly infectious diseases.

Says Prof. Benayahu, “It's too late. We have now actually missed the boat in finding some key pharmaceuticals. There is a huge gap in our knowledge of soft corals in the reef environment, and with the rate of extinction, we have lost certain species forever.”

We may never recover certain therapeutic drugs, and humans could not live with a widespread extinction of marine life, he points out. Life as we know it could not exist if the marine environment, an important producer of oxygen, continues to follow this course.

Unlike their harder brethren, soft corals have no stony calcified outer skeleton to protect them. When they die, they are gone for good, leaving no trace of their existence. Where soft corals were once found in about 50-60 percent of Prof. Benayahu’s study sites around the globe, a few years later he is finding that only about five percent remain. 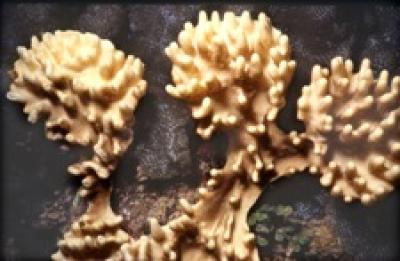 Cladiella, another soft coral found on reefs. Like the photo to the left, this photo shows a colony that, suffering from high temperatures, has partially lost its symbiogic algae and is in danger of disappearing. Credit: AFTAU

Earlier this year, Prof. Benayahu observed of a Japanese soft coral reef, “There was a massive disappearance of soft corals. You can't imagine this was the same site. Just two years passed and the entire area was deserted, lifeless."

But there is still hope. Prof. Benayahu recently returned from Phuket, Thailand, where he gave a training workshop to international students on the biology of soft corals. Future marine biologists from countries such as Australia, China, India, Malaysia, Israel and Thailand participated. The workshop was intended to increase awareness of what could be a global environmental catastrophe.

“I am hoping that these young scientists will take what they learned to better understand how they can save soft corals back in their home countries,” says Prof. Benayahu, who is also a professor of marine biology in the Department of Zoology at Tel Aviv University.

With more than 35 years experience in the field, Prof. Benayahu is one of a handful of world experts who devotes his life to the taxonomy, ecology and biology of soft corals. He has discovered dozens of new soft coral species across the entire Indo-Pacific region, and he carefully studies with his students the role these species play in the reef environment. He has received numerous grants to support his work, including one from the National Geographic Society to study marine life and soft corals on shipwrecks.