A gene has been found in male cichlid fish that evolved to lure female fish so that male cichlids can deposit sperm in the females mouths. A study in BMC Biology reveals that the gene is associated with egg-like markings on the fins of cichlid fishes and uncovers the evolutionary history of these markings, which are central to the success of the fishes' exotic oral mating behavior. 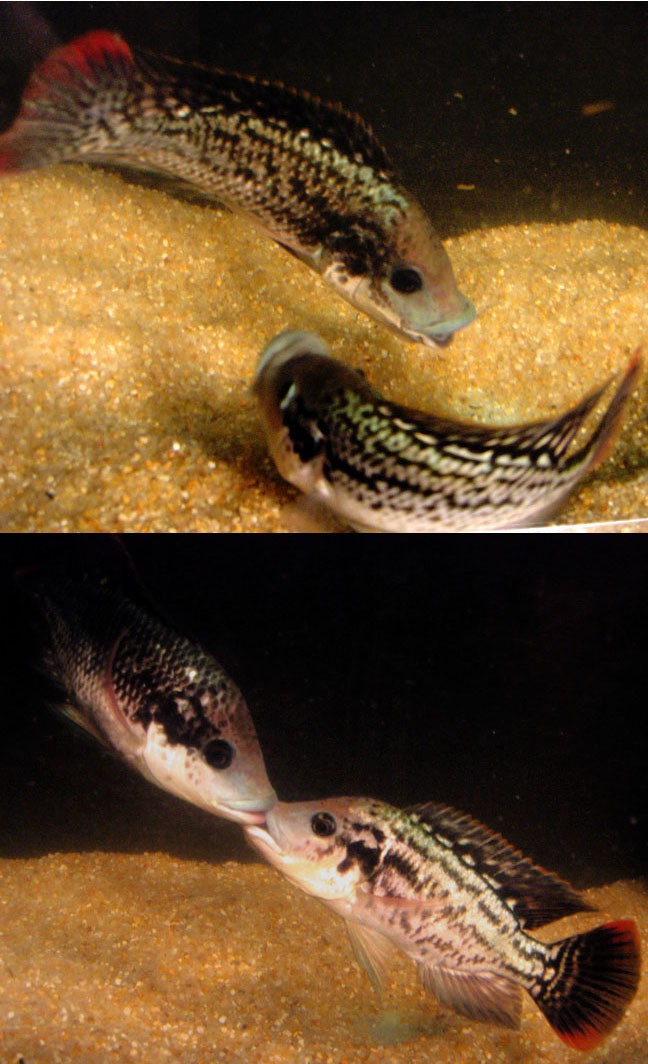 Cichild fish are lovers AND fighters.

Cichlids are a family of fish that include tilapia and angel fish. There are more than 1,800 cichlid species found only in East Africa, and more than 80% of these belong to a grouping known as the haplochromines, which show the characteristic egg dummies.