Some Texas A&M University researchers examining ancient Egyptian mummies may have unwrapped – literally – some of the mysteries that embalmers used to preserve bodies more than 3,000 years ago.

Mahlon "Chuck" Kennicutt II, MoonKoo Kim and Yaorong Qian of Texas A&M's College of Geosciences, along with colleagues from the University of Alexandria, have discovered that tar originating from natural oil seeps in the Middle East area was used in the preservation and mummification process by Egyptians thousands of years ago.

Examining areas near the Suez Canal, Kennicutt and the team also learned that tar fueled fires in glass factories used by the surrounding communities. 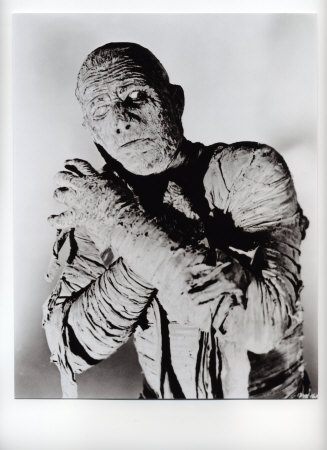 "First, we are able to 'fingerprint' the tars from mummies that were embalmed as early as 900 B.C. These fingerprints can then be matched with known oil seeps to establish their origin.

"Also, the Egyptians apparently discovered that treating mummies with tar helped in the preservation process. The tar acts as a natural watersealer, meaning little or no moisture penetrates the wrappings, which could destroy the body. The Egyptians probably knew more about mummification than anyone else in the world at that time, and the use of natural tar appears to be an important process in their preservation efforts."

Kennicutt says the watersealing properties of tar were also discovered along the Texas Gulf Coast, where native Indians used the substance to coat canoes and boats. But that occurred about 2,000 years after the Egyptians learned the trick.

"Another interesting thing we learned was that some of this tar used by the Egyptians didn't come from nearby areas, but from hundreds of miles away from a different location on the Gulf of Suez," Kennicutt adds.

"That means they had trade routes somewhat similar to what we have today. They were transporting tar to different areas around Egypt, so trade routes may be older than we had thought."

Kennicutt says much more could be learned from studying the areas the team looked at "because the natural tar seeps are still there. Glass shards confirm that glass making was practiced in the area as well."

Natural tar and asphalt seeps are still found in the Ras Zaafarana area of the Suez Canal, Kennicutt says.

"We need to examine some of these trade routes used at the time," Kennicutt adds. "We might uncover some other interesting information about how the Egyptians used tar and how trade was conducted all these many years ago."

Oil samples were provided by the PetroZeit Petrleum Company and A. Barakat, University of Alexandria, and the project was supported by a Fulbright Foundation fellowship.