News Staff
Evolution starts species off on different paths and even if they arrived in one spot from common descent in the past, they can't reproduce. So in modern times an elephant is not hybridizing with a manatee, or a human with a lemur. Tree frogs...well, yes, but who can explain tree frogs? That did happen, two species were able to interbreed after 34 million years, and sunfish who hybridized after nearly 40 million years.

Now that date has been pushed back a lot farther, thanks to the Valentine's Day tale of a woodland fern discovered in the mountains of France. is the love child of two distantly-related groups of plants that haven't interbred in 60 million years. The pale green fern was found growing wild on a forest floor in the Pyrenees and eventually made its way to a nursery, where researchers plucked several fronds and extracted the DNA to pinpoint its parentage. 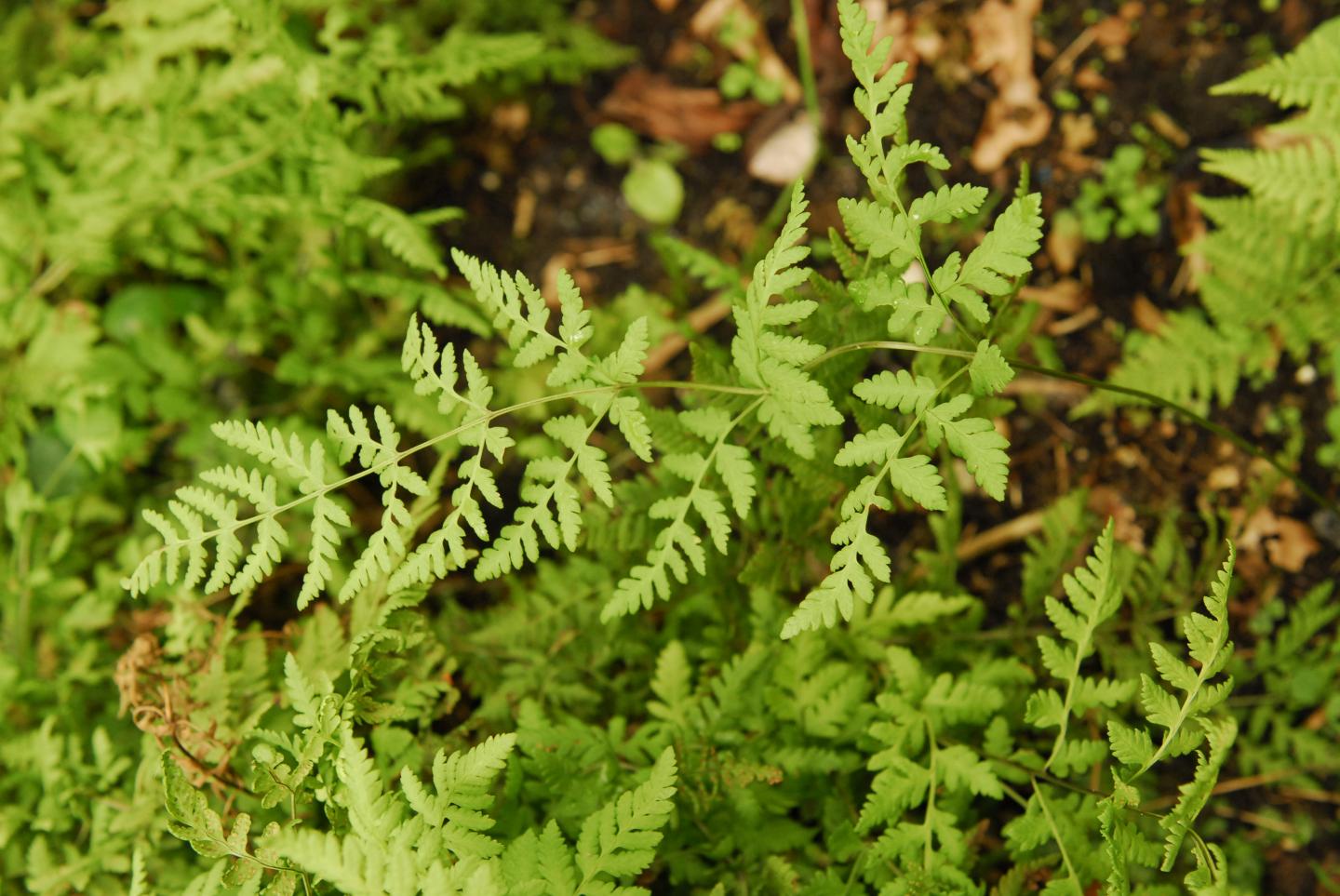 Genetic analyses revealed that the fern was the result of a cross between an oak fern and a fragile fern -- two distantly related groups that co-occur across much of the northern hemisphere, but stopped exchanging genes and split into separate lineages some 60 million years ago.

"To most people they just look like two ferns, but to fern researchers these two groups look really different," said co-author Kathleen Pryer, who directs the Duke University Herbarium.

The sex lives of ferns may help explain why divergent fern lineages remain compatible for so long, the researchers say. Fern sex is no different from hanky panky in many other creatures in that it requires a union between sperm and eggs. But whereas many other plants rely on birds, bees or other animals to play matchmaker, all ferns need is wind and water.

Plants that require pollinators to reproduce may have a harder time rekindling the spark after calling it quits, especially if the animals they rely on to do the deed are picky about flower shape, size or other traits that may have changed over time.

"It's tempting to think that there's something special about flowering plants that gives them a competitive advantage, but these results raise a different possibility," Rothfels said.

Namely, for ferns and other plants that don't rely on animal matchmakers, reproductive incompatibility -- a key condition for one species to split into two -- may simply evolve more slowly. That might help explain why flowering plant species outnumber ferns by 30 to one, even though ferns have been around longer.

This work was supported by the U.S. National Science Foundation (DEB-1110767). Additional support was provided by Duke University and the Natural Sciences and Engineering Research Council of Canada.