In the late 19th century, classification of humans was in vogue and a lot of it was done based on languages and physical characteristics. Physical anthropology and ethno-linguistics created the Aryan classification among Caucasians, meaning people of Europe and western Asia whose language descended from a common root and who shared physical/biological characteristics also.

The term Aryan became common among scholars of the day and science-fiction author H.G. Wells, a famous progressive eugenics proponent, popularized it in his best-selling The Outline of History, though it had been criticized decades earlier for being inaccurate. Yet the image created by the French anthropologist Vacher de Lapouge that Aryans were long-headed "dolichocephalic-blond" Europeans - and superior to other others because of their skulls - remained.

Science has a lot more tools available now and an analysis of La Braña 1, a 7,000 year old specimen from the the Mesolithic Period, debunks those who had such a Teutonic predisposition once again; rather than being blonde, the first recovered genome of an European hunter-gatherer shows that they probably had dark skin. At least the blue eyes were correct.

The La Braña-Arintero site was discovered in 2006 and excavated by Julio Manuel Vidal Encinas, archaeologist of the Council of Castilla y León. The cave, located in a cold mountainous area with a steady temperature and 1,500 meters below the sea level, contributed to the "exceptional" preservation of the DNA from two individuals found inside, and they were called La Braña 1 and La Braña 2.

The study by Carles Lalueza-Fox, researcher from the Spanish National Research Council (CSIC), in collaboration with the Centre for GeoGenetics (Denmark) is published in Nature.

The Mesolithic, a period that lasted from 10,000 to 5,000 years ago (between the Paleolithic and the Neolithic), ends with the advent of agriculture and livestock farming, coming from the Middle-East. The arrival of the Neolithic, with a carbohydrate-based diet and new pathogens transmitted by domesticated animals, entailed metabolic and immunological challenges that were reflected in genetic adaptations of post-Mesolithic populations. Among these is the ability to digest lactose, which the La Braña individual could not do.

Lalueza-Fox says, "However, the biggest surprise was to discover that this individual possessed African versions in the genes that determine the light pigmentation of the current Europeans, which indicates that he had dark skin, although we can not know the exact shade."

CSIC researcher, who works at the Institute of Evolutionary Biology (a joint centre of CSIC and the University Pompeu Fabra (UPF), located in Barcelona, adds: "Even more surprising was to find that he possessed the genetic variations that produce blue eyes in current Europeans, resulting in a unique phenotype in a genome that is otherwise clearly northern European."

So while boring old science will note he looked something like this:

We can also speculate the women looked something like this... 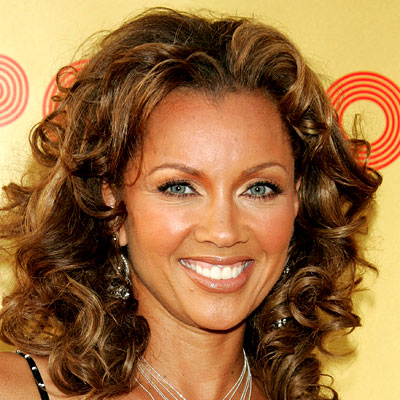 ...which is sure to make Hollywood producers happy because, really, movies about ancient people can't star that guy.

The study of the genome suggests that current populations nearest to La Braña 1 are in northern Europe, such as Sweden and Finland. In addition, the work points out that La Braña 1 has a common ancestor with the settlers of the Upper Paleolithic site of Mal'ta, located in Lake Baikal (Siberia), whose genome was recovered a few months ago.

Lalueza-Fox concludes, "These data indicate that there is genetic continuity in the populations of central and western Eurasia. In fact, these data are consistent with the archeological remains, as in other excavations in Europe and Russia, including the site of Mal'ta, anthropomorphic figures –called Paleolithic Venus– have been recovered and they are very similar to each other".

According to Iñigo Olalde, lead author of the study, "the intention of the team is to try to recover the genome of the individual called La Braña 2, which is worse preserved, in order to keep obtaining information about the genetic characteristics of these early Europeans."