Too much male sexual attention harms attractive females, according to a new Australian and Canadian study on fruit flies.

Associate Professor Steve Chenoweth from The University of Queensland's School of Biological Sciences said the study showed that male harassment of females hampered the species' ability to adapt to new environmental conditions.

"We found that sexually attractive females were overwhelmed by male suitors," he said.

"Female fruit flies with superior genes that allow them to lay more eggs were so attractive to male suitors they spent most of the time fending off male suitors rather than actually laying eggs. The end result was that these supposedly 'superior' genes could not be passed on to the next generation." 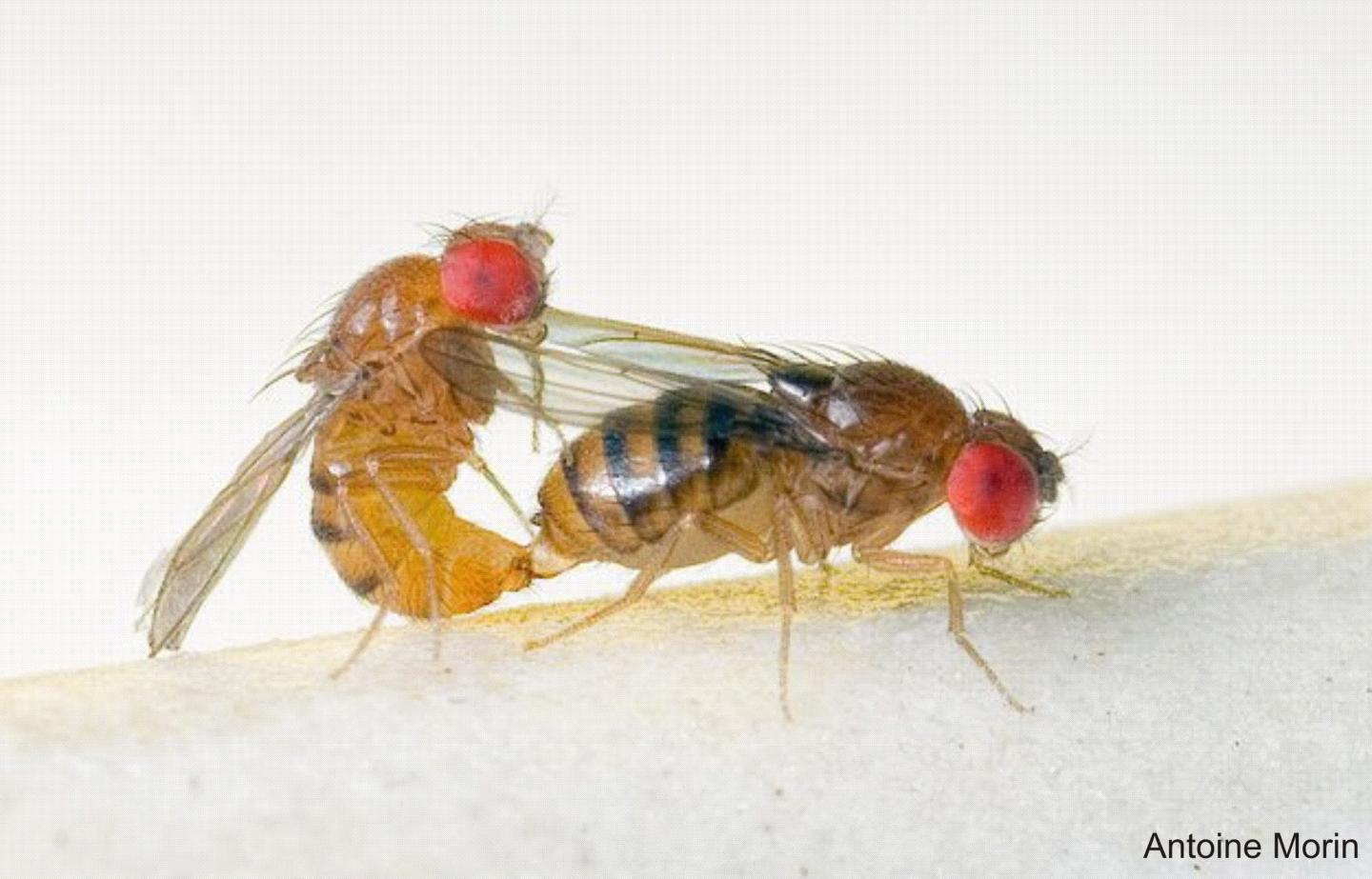 The genetic study found a large number of genes appeared to be a double-edged sword for females. The genes increased their egg-laying ability but with the unfortunate side effect of boosting sexual attractiveness to a level where males wouldn't leave them alone.

The researchers allowed different groups of flies to adapt to a new environment in the lab for 13 generations. They manipulated the number of potential mates that males and females had in each group, thereby controlling the potential harassment rate. At the end of the experiment, researchers sequenced the genomes of the flies and found a number of genes that became more common when harassment was not allowed, but these same genes became rare when male harassment was allowed to occur as usual.

As such, increased male attention held the population back and stopped the flies from adapting as well as they could.

Chenoweth said the study's results were significant. "We have known for some time of these harmful interactions between males and females," he said. "However, we hadn't realised there may be a large number of genes fueling the interactions, or that these types of genes hamper a species' ability to adapt to new conditions."