A new process that cleans wastewater, generates electricity, and can remove 90 percent of salt from brackish water or seawater, was reported by an international team of researchers from China and the U.S.

Clean water for drinking, washing, and industrial uses is a scarce resource in some parts of the world. Its availability in the future will be even more problematic. Many locations already desalinate water using either a reverse osmosis process -- one that pushes water under high pressure through membranes that allow water to pass but not salt -- or an electrodialysis process that uses electricity to draw salt ions out of water through a membrane. Both methods require large amounts of energy.


"Water desalination can be accomplished without electrical energy input or high water pressure by using a source of organic matter as the fuel to desalinate water," the researchers report in a recent online issue of Environmental Science and Technology. 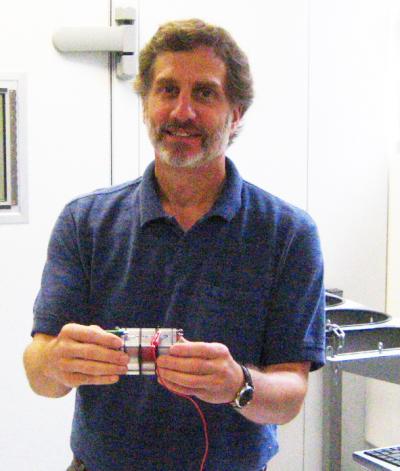 
The team modified a microbial fuel cell, which is a device that uses naturally occurring bacteria to convert wastewater into clean water producing electricity, so that it could desalinate salty water.

"Our main intent was to show that using bacteria, we can produce sufficient current to do this," said Logan. "However, it took 200 milliliters of an artificial wastewater -- acetic acid in water -- to desalinate 3 milliliters of salty water. This is not a practical system yet as it is not optimized, but it is proof of concept."

A typical microbial fuel cell consists of two chambers, one filled with wastewater or other nutrients and the other with water, each containing an electrode. Naturally occurring bacteria in the wastewater consume the organic material and produce electricity.

The researchers, who also included Xiaoxin Cao, Xia Huang, Peng Liang, Kang Xiao, Yinjun Zhou and Xiaoyuan Zhang, at Tsinghua University, Beijing, changed the microbial fuel cell by adding a third chamber between the two existing chambers and placing certain ion specific membranes -- membranes that allow either positive or negative ions through, but not both -- between the central chamber and the positive and negative electrodes. Salty water to be desalinated is
placed in the central chamber. 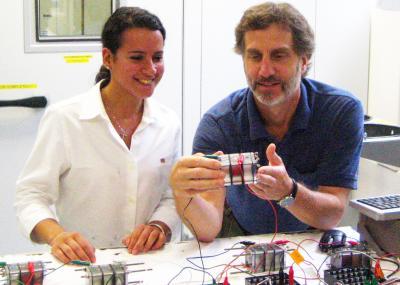 Seawater contains about 35 grams of salt per liter and brackish water contains 5 grams per liter. Salt not only dissolves in water, it dissociates into positive and negative ions. When the bacteria in the cell consume the wastewater it releases charged ions -- protons -- into the water. These protons cannot pass the anion membrane, so negative ions move from the salty water into the wastewater chamber. At the other electrode protons are consumed, so positively charged ions move from the salty water to the other electrode chamber, desalinating the water in the middle chamber.

The desalination cell releases ions into the outer chambers that help to improve the efficiency of electricity generation compared to microbial fuel cells.

"When we try to use microbial fuel cells to generate electricity, the conductivity of the wastewater is very low," said Logan. "If we could add salt it would work better. Rather than just add in salt, however in places where brackish or salt water is already abundant, we could use the process to additionally desalinate salty water, clean the wastewater and dump it and the resulting salt back into the ocean."

Because the salt in the water helps the cell generate electricity, as the central chamber becomes less salty, the conductivity decreases and the desalination and electrical production decreases, which is why only 90 percent of the salt is removed. However, a 90 percent decrease in salt in seawater would produce water with 3.5 grams of salt per liter, which is less than brackish water.
Brackish water would contain only 0.5 grams of salt per liter.

Another problem with the current cell is that as protons are produced at one electrode and consumed at the other electrode, these chambers become more acidic and alkaline. Mixing water from the two chambers together when they are discharged would once again produce
neutral, salty water, so the acidity and alkalinity are not an environmental problem assuming the cleaned wastewater is dumped into brackish water or seawater. However, the bacteria that run the cell might have a problem living in highly acidic environments.

For this experiment, the researchers periodically added a pH buffer avoiding the acid problem, but this problem will need to be considered if the system is to produce large amounts of desalinized water. 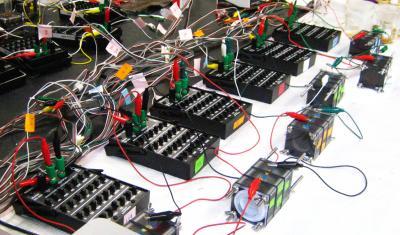