The New York Mets should expect to win about 90 games in 2007 and the Yankees a whopping 110 games to lead their divisions, said Bruce Bukiet, PhD, an associate professor of mathematical sciences at New Jersey Institute of Technology (NJIT). Bukiet, who is also an associate dean of NJIT’s College of Science and Liberal Arts offers the expectations for the number of games each major league baseball team should win based on his mathematical model, developed in 2000. 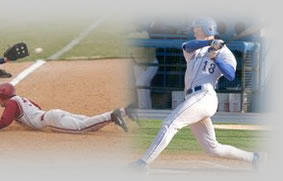 The other division winners should be the Cleveland Indians in the American League (AL) Central Division, and Los Angeles Angels in the West. In the National League (NL), the San Diego Padres should win in the West, while the Houston Astros and St. Louis Cardinals will compete for the Central Division title in a very close race. The wildcard teams in the NL should be the Phillies, while in the AL, the Red Sox, Blue Jays and Twins will vie for that title.

The expected wins for each team are:

"These results offer a guide as to how teams ought to perform during the season. But unknowns continue to exist, especially those dealing with trades, injuries and rookies’ performances,” said Bukiet, who worked with NJIT Mathematical Sciences undergraduate William Michael Hourican on these computations.

Operations Research published Bukiet’s mathematical model on which his predictions are based. His model computes the probability of a team winning a game against another team with given hitters, bench, starting pitcher, relievers and home field advantage.

Bukiet’s main areas of research have involved mathematical modeling of physical phenomena, including detonation waves, healing of wounds, and dynamics of human balance. He has also applied mathematical modeling to sports and gambling, in particular for understanding baseball and cricket. He is currently working on National Science Foundation projects to train math and science teachers for high-need schools and to bring computational research projects into Newark High Schools. Bukiet received the NJIT Excellence in Teaching Award in 2006 for Outstanding Work. Bukiet received his PhD in mathematics from the Courant Institute of Mathematical Sciences, New York University.

Written from a news release by New Jersey Institute of Technology.