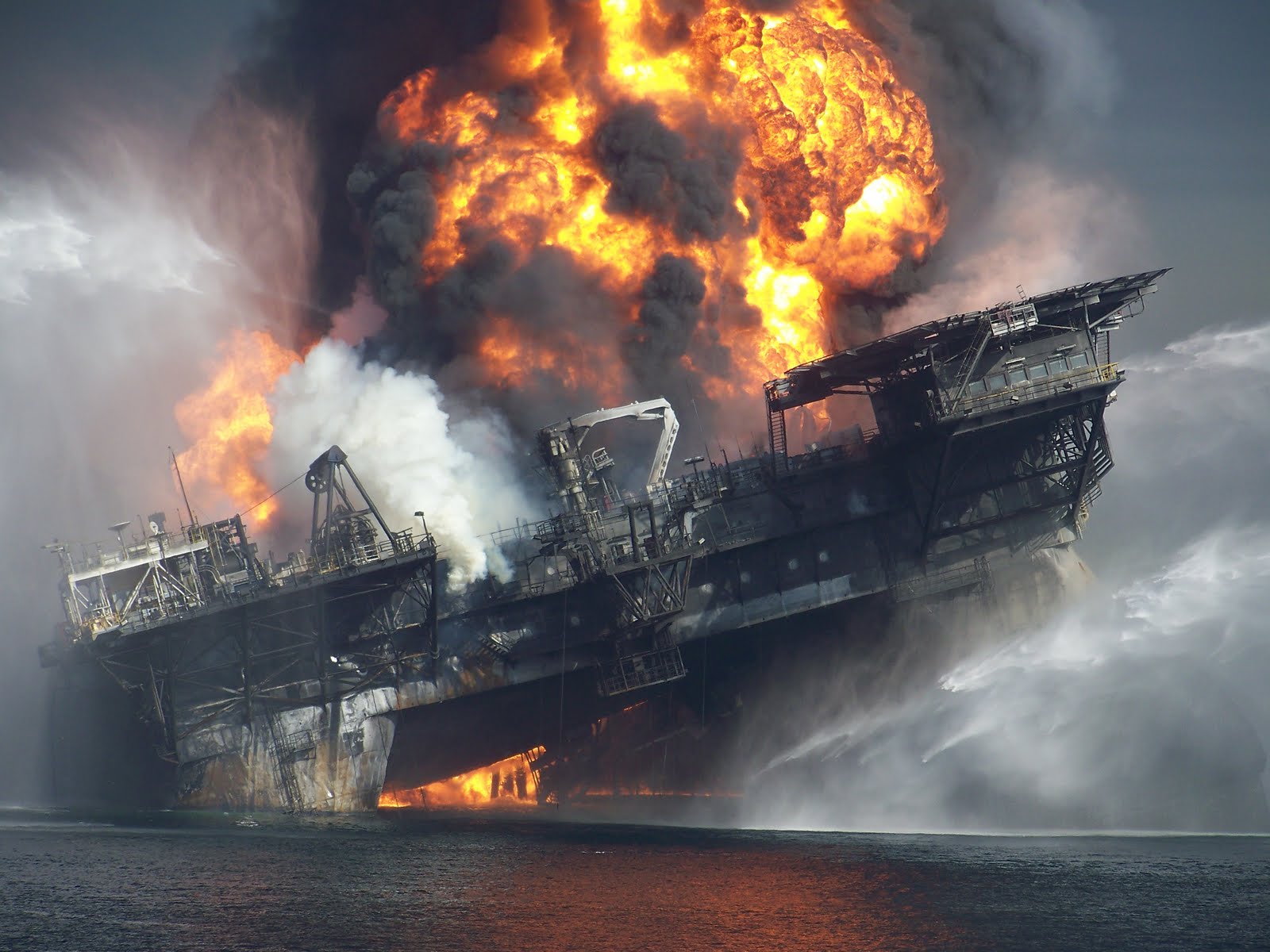 On April 20, 2010, BP's Deepwater Horizon (DWH) drilling rig experienced a failure resulting in the discharge of gas and light sweet crude oil from a depth of approximately 5,000 feet.

Discharge continued for 87 days until July 15, 2010, five years ago this week, when the well was capped and the leak was contained.

The Gulf of Mexico Research Initiative GoMRI, a large-scale, coordinated research endeavor, was created in response to the disaster to improve society’s ability to understand the impacts of the oil on the ecosystem, learn new ways to mitigate oil in the environment, and understand how to be better prepared should a similar event arise in the future. Here are 10 questions and answers they have prepared about the event and what has happened since.

1. Where did the oil go on the surface?

A large concern after the spill was where the oil on the surface would end up – would it wash into salt marshes or onto beaches? Or could it become entrained into the Florida Straits and the Gulf Stream and be sent up the East Coast? In order to better predict the path the oil took from the area of the spill, GPS-enabled drifters were deployed to float freely along Gulf currents (check out the link for a video of drifter paths).

This experiment enabled the discovery of a mid-size current within the Gulf that was previously unknown, and is believed to have been the current that caused the oil to move in unpredicted ways. In order to track and predict oil movement as it moved from outside the surf zone onto the beaches, researchers simultaneously deployed drifters, dye, and drones within one mile of the beach to ensure the same water conditions were monitored throughout.

2. Where did the oil go that didn’t make it to the surface?

At the time of the DWH spill, sub-surface current models in the Gulf of Mexico were limited both in the area that they were able to simulate and how they treated oil within the model. Through a series of Tracer Release Experiments, GoMRI researchers widened the scope of those models, examining where the oil traveled from the wellhead (vertically through the water column as well as horizontally) and how fast it moved. These models are now able to describe water movement from the scale of a few micrometers to the size of the entire Gulf. Additional models improve our understanding of oil plume formation, tracking, and prediction by taking into account key factors controlling deep plumes including oil droplet size, wellhead flow rate, currents, and high-pressure biodegradation. Increasing our modeling capability of oil movement provides an important tool to track oil exposure. For example, when reef fish caught in the West Florida Shelf were reported to have lesions, tracer models were employed to confirm that hydrocarbons were likely brought onto the shelf as a result of the strong upwelling during that time period.

3. What happened to the oil below the surface?

As the oil moved through the water column, it naturally interacted with living organisms. These physical interactions were examined using tanks in which oil, with and without dispersants, interacted with planktonic organisms, sediment, and inorganic particles. These simulations focused on examining the mechanisms that drove oil transport; for example, how interaction with these materials may influence whether oil rises to the surface or sinks to the seafloor.

Organisms within the water column also consumed oil, contributing to its degradation and removal from the environment. One study estimated that microbes consumed approximately 200,000 tons of hydrocarbons in the water column, close to 30% of the oil released.

4. Did any of the oil reach the seafloor?

These efforts observed that three years after the spill, the sediment was still in an altered state due to a large influx of organic carbon and a subsequent decrease in oxygen concentrations.

5. Did any of the surface oil get into the air?

Oil droplets in the air are more like smoke particles than droplets, and just like smoke particles they can be carried by the wind and inhaled by oil spill recovery workers and wildlife. There are two main ways that oil can enter the atmosphere from the ocean – evaporation or aerosolization. Aerosolization occurs as bubbles burst in waves, white caps, sea spray, and mist.

In the deep ocean, flakes gently fall through the water column to the seafloor, earning them the name “marine snow.” Unlike snow, these “flakes” are aggregates of various sizes made up of sediment and organic detritus – microbes, dead and living plankton, feces – that coalesced as the detritus fell. Consequently, marine snow is an important source of organic matter onto and in the seafloor environment in the deep ocean.

Observations and laboratory experiments after the oil spill found that the presence of oil droplets created larger than normal amounts of marine snow laden with hydrocarbons. Further laboratory experiments linked the increased marine snow formation with microbial activity surrounding the oil droplets and noted inhibition of snow formation by dispersants.

7. What was the impact of the dispersants?

The DWH oil spill marked the first time dispersants were used near the sea floor in deep-sea conditions - dispersants were applied at the wellhead 5,000 feet below the surface. After the spill, GoMRI researchers conducted experiments to determine the effectiveness of the use of dispersants at that depth and the impact of the dispersants on the surrounding ecosystem. Studies using modeling as well as laboratory simulations of the high pressure, low temperature conditions similar to the deep-sea Macondo wellhead indicate that dispersants may not have been necessary to reduce surface slicks.

Instead, they suggest that the amount of oil that reached the surface was potentially unaffected by deep-sea dispersant application. Once in the water column, the presence of dispersants increased the speed of microbial consumption of hydrocarbons. On the seafloor, dispersants were observed to remain bound in sediment and sand longer than expected. Further studies suggest that degradation rates in coastal sediments and sand may have been slowed as dispersants moved the oil faster and deeper into sand and sediments, an effect that could shield the hydrocarbons from degradation by microbes.

In light of the impacts of dispersants, work is being done to better identify and monitor the key components of traditional dispersants in seawater and to determine potential dispersant substitutes that could potentially be more effective and less harmful to the environment, including black carbon particles, food-grade emulsifiers, and clay particles.

8. What happened to oil on the beaches?

Oil that reached beaches took many forms, from clusters of tar balls to pools of mousse. Along the Alabama shoreline, scientists examined the persistence of weathered oil on the beaches, such as tar balls, through laboratory analysis. Results indicated that prior to reaching the coast, the oil weathered relatively quickly via evaporation and other open ocean weathering processes, but once trapped in sediment along the coast weathering processes slowed considerably. Studies using a novel analytical method were able to shed new light on the molecular changes of oil during the weathering processes, particularly oil in sand. Researchers have conducted detailed surveys of microbial groups from Louisiana and Alabama beaches and coastlines, making observations on the abilities of the microbes to degrade specific oil compounds.

9. What was the impact of oil on the salt marshes?

Since the oil spill, researchers have surveyed salt marshes for the presence and impact of hydrocarbons. Oil intrusion to marsh soil was observed to be confined within 15 meters of the seaward marsh edge and after three years was found to persist in the marsh at either the same or higher concentrations than initially observed. Based on these surveys, projections for recovery indicate that some hydrocarbons may remain in, and negatively impact, the sampled wetlands for decades.

Site recovery over the last five years has been dependent on erosion, as damaged vegetation in non-eroding areas achieved nearly full recovery after about 1.5 years. Researchers have observed that heavy oiling of marsh soil increases marsh instability and erosion, though aboveground vegetation may appear unchanged. Further studies related these changes to shifts in the bacterial diversity of marsh sediments due to the presence of the oil.

Laboratory studies indicate that the common marsh reed, Phragmites, was impacted by below ground oiling as it had a high tolerance to coverage of oil above ground, but below-ground oiling of the soil reduced reed growth and function.

As clean-up was attempted on less than 10% of the marshes, the recovery will rely on natural processes, such as microbial biodegradation. Early assessments of biological responses to the spill indicated the importance of coastal wetland monitoring, specifically monitoring key species within the marsh that provide critical ecosystem services and who are sensitive to environmental hazards, such as Seaside Sparrows and insects (e.g. ants and crickets).

10. How did the oil spill impact plants and animals in the Gulf?

From the sea surface to seafloor sediment, biota the size of microscopic plankton to large predatory sharks were surveyed by GOMRI researchers in order to identify populations at risk for future spills and downstream implications for those populations. The critical seaweed habitat, Sargassum, was observed to decrease after the spill. Further studiespoint to Sargassum sinking after exposure to dispersants as the cause of the observed decrease.

Zooplankton populations were observed to briefly increase after the spill, potentially due to the increased food source of oil degrading microbes or a decrease in predation. Populations returned to normal after a few months. Bioaccumulation of toxic polycyclic aromatic hydrocarbons (PAHs) in crude oil-tolerant Jellyfish was examined through laboratory exposure experiments. This bioaccumulation provides a potential pathway for PAHs to enter the food chain and transfer up to large predators. Oil contamination in fish, such as Red Snapper, was manifested in the form of skin lesions. GOMRI scientists examined over 7,400 fish from 103 species near the area of the spill and down the Florida Gulf Coast and found that skin lesion frequency and severity coincided with the quantity of PAHs in their liver, muscles, and bile.