In a global warming scenario, large areas of sea ice melt in the summer and when sea ice freezes over in the winter it is thinner and more reduced.

But warmer Arctic summers could lead to an acceleration of global warming, because reduced sea ice in the Arctic will remove less CO2 from the atmosphere, Danish scientists report.

"If our results are representative, then sea ice plays a greater role than expected, and we should take this into account in future global CO2 budgets", says Dorte Haubjerg Søgaard, PhD Fellow, Nordic Center for Earth Evolution, University of Southern Denmark and the Greenland Institute of Natural Resources, Nuuk. 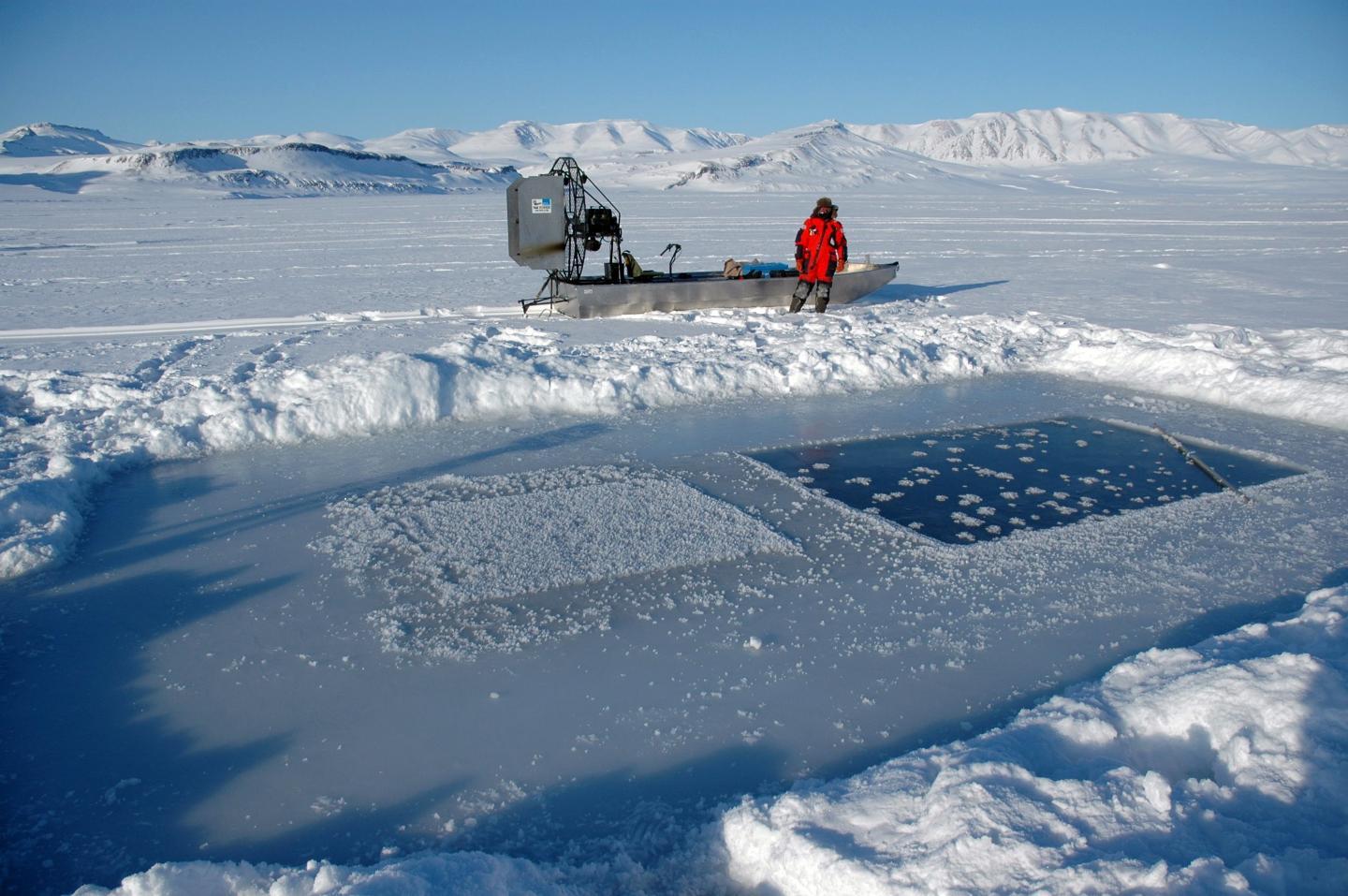 Only recently scientists have realized that sea ice has an impact on the planet's CO2 balance.

"We have long known that the Earth's oceans are able to absorb huge amounts of CO2. But we also thought that this did not apply to ocean areas covered by ice, because the ice was considered impenetrable. However, this is not true: New research shows that sea ice in the Arctic draws large amounts of CO2 from the atmosphere into the ocean", says Dorte Haubjerg Søgaard.

Dorte Haubjerg Søgaard has just completed her studies of sea ice in Greenland. The studies show that sea ice may have a major impact on the global carbon cycle, and that chemical processes have a much greater impact on the sea ice's ability to remove CO2 than biological processes. The research is published as a series of articles in scientific journals.

"The chemical removal of CO2 in sea ice occurs in two phases. First crystals of calcium carbonate are formed in sea ice in winter. During this formation CO2 splits off and is dissolved in a heavy cold brine, which gets squeezed out of the ice and sinks into the deeper parts of the ocean. Calcium carbonate cannot move as freely as CO2 and therefore it stays in the sea ice. In summer, when the sea ice melts, calcium carbonate dissolves, and CO2 is needed for this process. Thus, CO2 gets drawn from the atmosphere into the ocean - and therefore CO2 gets removed from the atmosphere", explains Dorte Haubjerg Søgaard.

The biological removal of CO2 is done by algae binding of carbon in organic material.

Another important discovery is that every winter flower-like ice formations are formed on the surface of newly formed sea ice. They are called frost flowers. Dorte Haubjerg Søgaard has discovered that these frost flowers hold extremely high concentrations of calcium carbonate, which can have a further significant impact on the potential CO2 uptake in the Arctic.